Low budget movies don’t have to look inferior to their bigger budget counterparts.  Phil Volken’s Extortion only proves this as it creates a tense an tight atmosphere that easily rivals the many bigger budget films in the genre that you are likely to find. All while superbly making use of its reduced budget in ways that you don’t feel you’re missing out on anything.

Extortion is a story about Kevin Riley (Eion Bailey), who’s planned dream vacation with wife (Bethany Joi Lenz) and son to the Caribbean turns into his worst nightmare when a hired speedboat runs into problems on a remote island and they land up stranded with no food, water or way to contact the outside world. Their nightmare looks like finally coming to an end though when help arrives in the form of Barkhad Abdi’s character, but it ends up only getting much worse when the supposed rescue turns into a kidnapping and attempt at extortion, leaving Kevin needing to find a way out of his predicament and ensure his family comes out alive.

Extortion’s story is not exactly going to set the world alight, and it features a lot of very clichéd moments that have been done many times over in films. What makes Extortion stand out though is in the strong relatability it brings to its characters and their behaviour. While it no doubt remains firmly in movie fiction territory, a lot of the interactions and decisions the film’s characters make play out as you would expect them to. IThe film doesn’t try and hide behind superficiality and feels quite grounded in how it goes setting up its predicament.

Yes, Kevin still makes some dubious decisions to land up in some of his circumstances, but the character development that takes place leading up to it makes them understandable – something you seldom feel in movies of this sort. This perhaps doesn’t prevent its twisting plot from descending into some silly moments at times (especially involving some shocking police work from Danny Glover’s Constable Haagen), but does help the film to feel grounded. 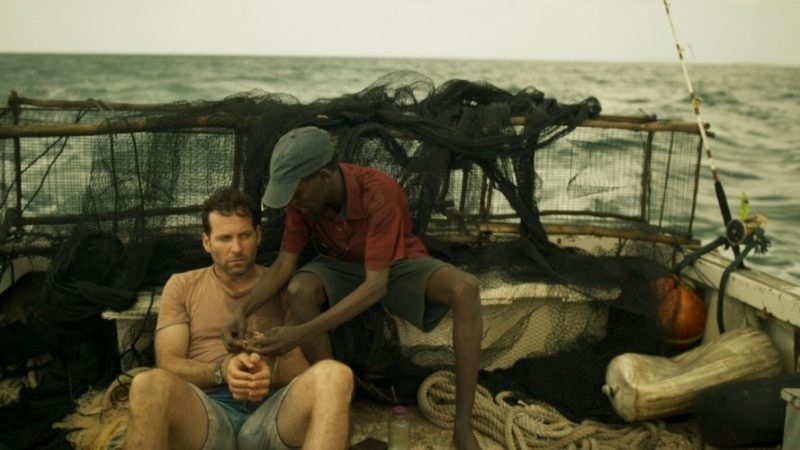 This strong connection you have with its characters are further brought out by exceptional performances from its cast, especially Bailey and Abdi, who bring out strong emotional performances and behave with an intensity that you would expect them too. There is also a touch of good and bad in both characters that only exemplifies this connection and makes them feel like they are behaving the exact way you would. It’s a good thing, because with the cast of this movie being quite small, it means the characters all get a fair amount of screen time and need to make it work. 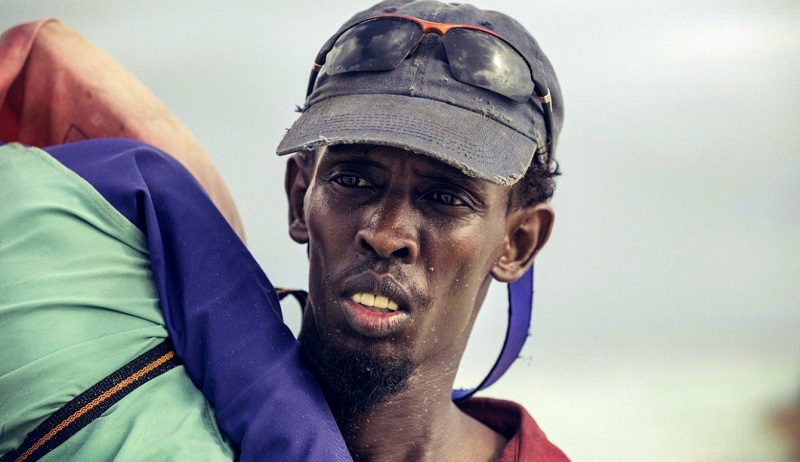 The hero of all of all this magic though is undoubtedly the work of writer, editor and director Phil Volken who uses a variety of point of view shots and moments of blurred focus to bring you into the experience of the characters. The film is overall quite light on action, but the strong feelings of hopelessness and desperation re maintained throughout with little let-up and it keeps you on the edge of the seat throughout the movie. Extortion has enough twists and turns to surprise you, but does it all in a very believable way so that you are never taken out of the moment. Much of the feeling of desperation is brought about by the many moments when the score is absent, and you are left with nothing other than the emotions of the actors to build the moment. It’s an approach that few films are willing to trust their actors with, but thankfully the performances here are all on cue. 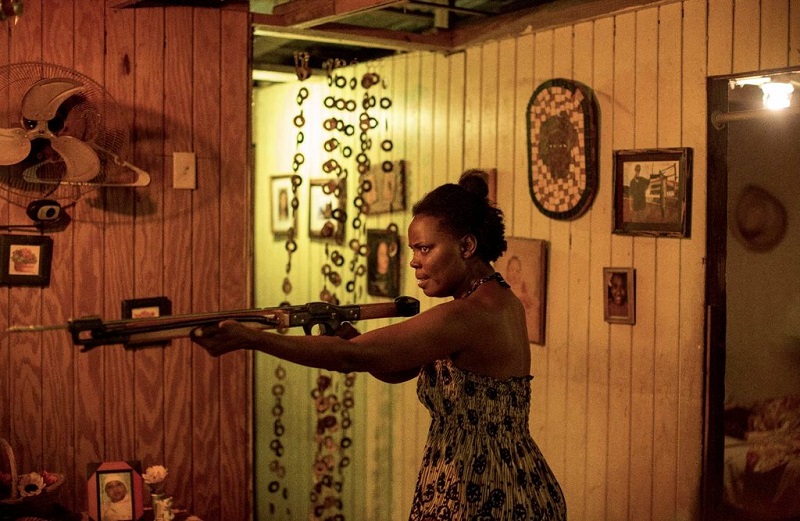 Those looking for some high-octane action will likely become quite frustrated with Extortion, which builds up a lot of anticipation without delivering any massive payloads of action. But this is a movie about the small moments and the emotion of its characters, and if you can connect with that, its tight and focused scenes of tension make a lot of sense. It’s also has a rather surprising ending which does not deliver your typical popcorn satisfaction moment, but rather requires some introspection to make sense of it. It’s something which I loved, but I can easily see it becoming a source of frustration for those looking for some lighter viewing.

Considering that this movie was essentially shot with a relatively low budget and doesn’t feature many big stars, it’s a remarkable achievement that feels as polished as it does, but by playing to its strengths and drawing you into its characters it delivers an outstanding thriller. Extortion is a movie that will keep you on the edge of your seats and take you deeper than you’d expect.