Home Entertainment FURIOUS 7 is scoring big at the box office

In lieu of a proper Monday Box Office Report (DAMN YOU EASTER BUNNY!), we’re taking a look at just one movie in particular this week that debuted over the Easter weekend. A film that stars a stable of heavyweight action stars, fast cars and even faster go-stripes on their bonnets. I am of course, talking about the seventh installment in the Fast and Furious franchise, Furious 7.

And it did gangbuster numbers over the weekend.

Furious 7 added $384 million to the coffers of that 14 year old franchise, in a weekend where it simply dominated. Divided up, over $143.6 million of that total comes from North American screens alone, where the film opened up on 4004 screens. Internationally, Furious 7 banked over $240.4 million from eager petrolheads. And that total doesn’t even include the Chinese, Russian or Japanese markets yet.

That’s a damn good result, with Furious 7 clearly building on momentum that was generated from Fast & Furious 5 and 6. Bigger is most certainly better, with the untimely demise of series lead Paul Walker also having more of a positive effect on the final product as audiences flocked to see his final performance.

In domestic USA box office numbers, Furious 7 is way ahead of the previous April record-holder, Captain America: The Winter Soldier ($95 million) and 47% bigger than the opening weekend of Fast and Furious 6.

Here’s a quick breakdown of previous USA opening weekends of the franchise so far:

There’s a whole bunch of factors in play here, which led to the success of the latest Fast And Furious movie. Although it also helped that the film itself was some damn good fun, as Kervyn explained in his car-porned up review:

With all the eye boggling action beat highs, the nostalgic nods back to every single entry in the F&F franchise thus far, and of course that incredibly poignant and genuinely touching send-off for one of the series’ most beloved actors, I truly believe that Furious 7 is the absolute perfect high note to call it a day on this series. Not because I don’t want to see any more of these movies – hell, no! – but rather because I just don’t know how they can possibly top the action packed spectacle on display here.

Furious 7 is out right now in local cinemas. 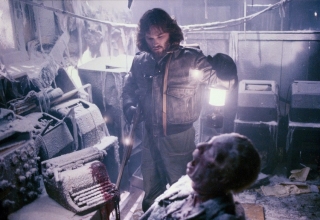 The Thing is coming back... again... With this new big screen adaptation though, it will be the first time that author John W. Campbell's original story will be told in full.