Arachnids In The UK

Something’s happening with the spiders in this city. The Doctor, Yaz, Graham and Ryan find their way back to Yorkshire – and Yaz’s family – only to find something is stirring amidst the eight-legged arachnid population of Sheffield. 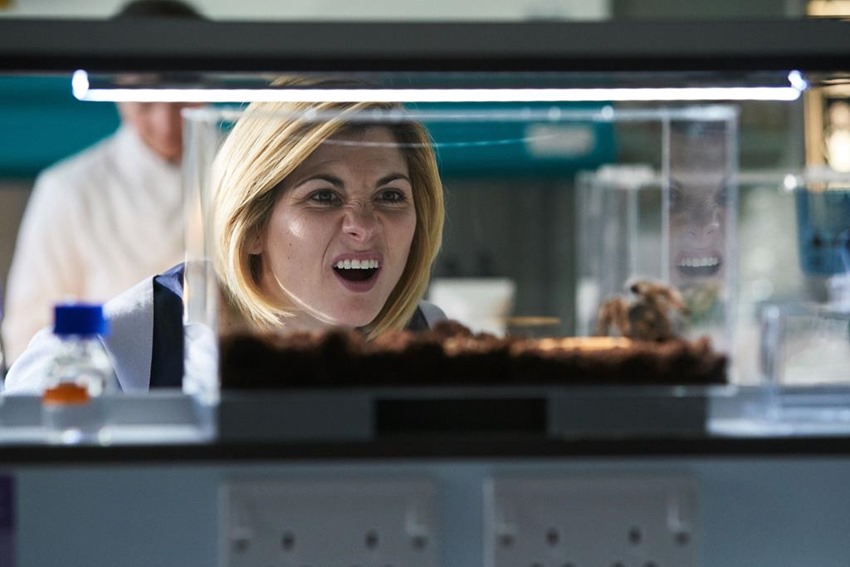 A few weeks in, and Doctor Who has run through a strange gallery of foes. Teeth-collecting alien trophy hunters, homicidal dish rags and 1950s American racism have all popped up, but this week’s episode may have had the most terrifying menace yet for the Doctor and her gang: Spiders. Not just any spiders mind you, but oversized creepy-crawlies whose appearance on the show resulted in an adventure that was equal parts campy, creepy and surprisingly grounded in science.

After all, what could be darker than the idea of London overrun with eight-legged vermin, especially when you factor in the long history that the Doctor has with spiders and how they actually cost her a regeneration back in the classic days of the show? Scary enough, but in typical Doctor Who fashion, the real villain of the show isn’t an organism that is merely confused and carrying on its instinctual behaviour, but a more human and ruthless antagonist who serves as a foil to the Team TARDIS. 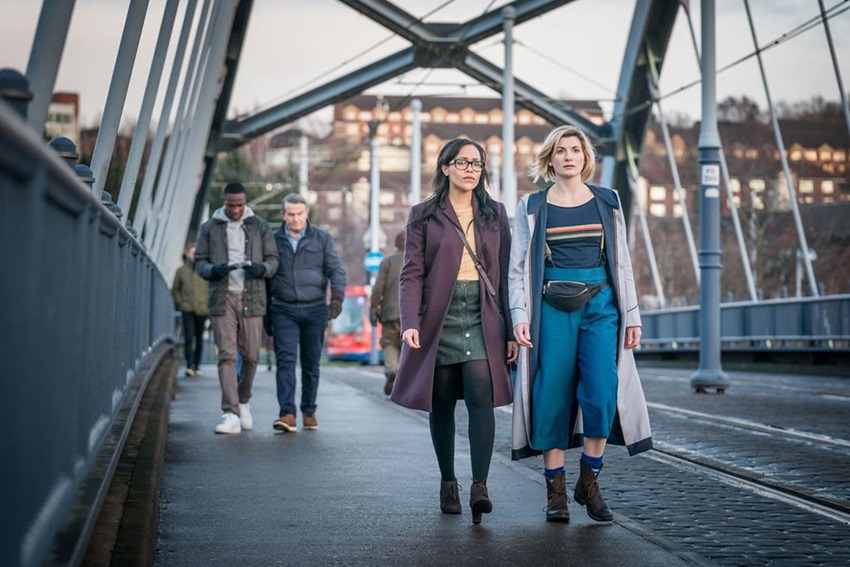 There’s some proper suspense in this episode as well which successfully manages to take a concept that sounds like it comes straight out of a B-grade horror movie and injects some life into it. As lethal and as dangerous as they may be, you can’t help but feel some pity for the arachnid army present in Doctor Who, creatures whose very real predatory nature is outmatched by a lack of business ethics and the real-world consequences of their own biology working against them.

Chris Noth’s Jack Robertson steals the episode however, easily escaping the temptation to be a surrogate stand-in for US President Donald Trump and emerges as the true antagonist of the show: A ruthless tyrant businessman who plans to oppose the current American head of state with his own brand of cutthroat capitalism, painting a dark picture for the future of global politics. 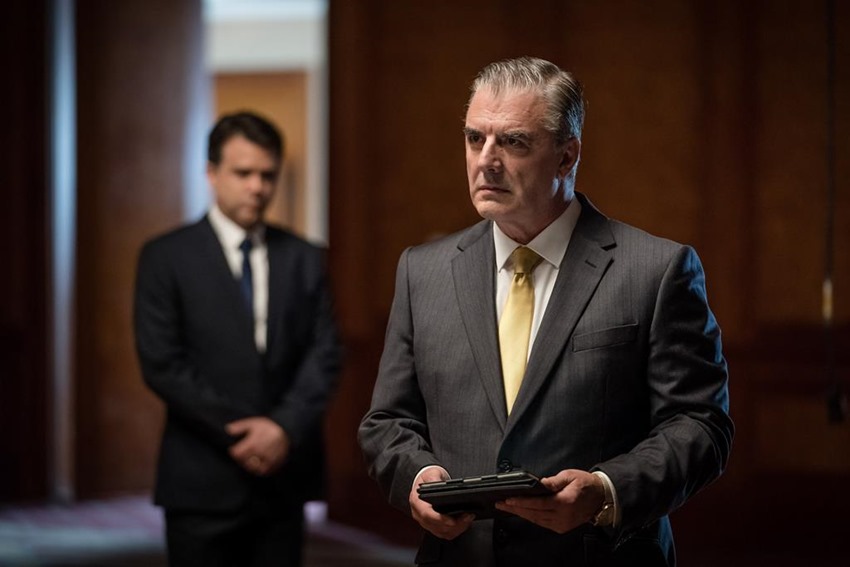 Will we see Noth’s vile businessman again? A part of me certainly hopes so, as the idea of the Doctor opposing every monstrous action that he’s capable of taking in the future should he win the 2020 elections, would make for some gripping television against a foe that is far deadlier than even a legion of Daleks.

And yet, Arachnids in the UK is more than just a great return to Doctor Who’s creeptastic roots. It’s also a story of family, briefly touching on the bonds that some of Team TARDIS have and don’t have, the heartbreak of dealing with loss and the scars that time to heal. What really makes this episode pop however, is the continuing effort to keep the action more grounded. 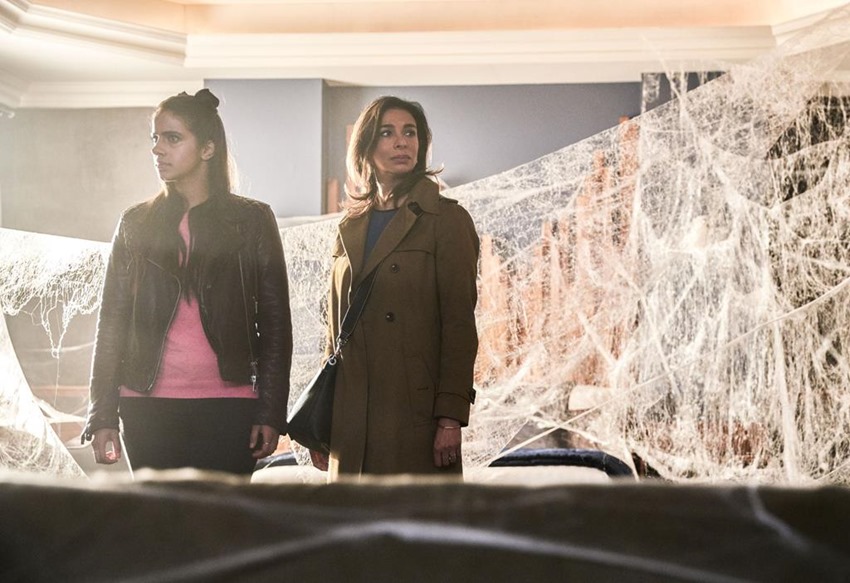 Whereas previous showrunner Steven Moffat enjoyed mixing science with fantasy, current Doctor Who big cheese is clearly enjoying the chance to inject some reality back into the show. Touches of science, knowledge that has a real-world application and gadgets which a talent for MacGuyvering gadgets from household appliances are just some of the ideas that are continuing to define Jodie Whittaker’s run as the Doctor. 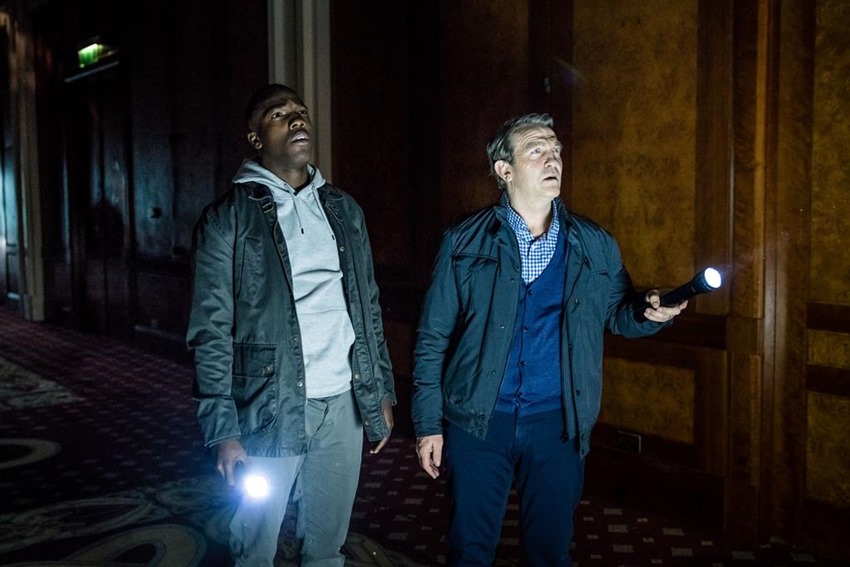 As is her compassion, because even with a personal history of tragedy that is tied to giant spiders, Whittaker’s Doctor is a compassionate being who absolutely refuses to let violence be the first and last solution to any dilemma that she faces. Arachnids in the UK may have you instinctually wanting to hide behind your couch, but it’s also an episode that excels in cementing the new status quo of Doctor Who for the foreseeable future.