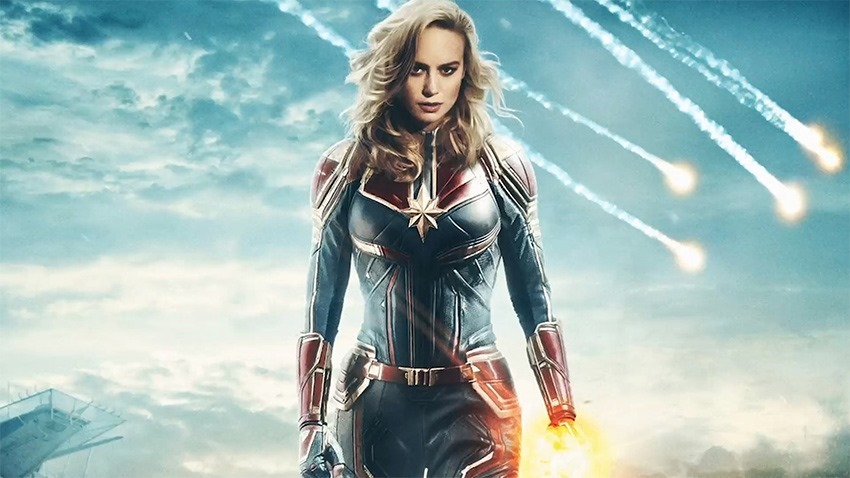 Gosh! There’s nobody else in the office leaving me to write about my favourite thing on the entire planet: Marvel movies, all of which have ranked somewhere between “it’s alright” and “it’s utter trash” on the Geoff-o-meter. The trailer is for the highly-anticipated Captain Marvel, which thankfully doesn’t tell the origin story of Carol Danver’s Captain Marvel (played by Brie Larson). Instead, she already has her powers and has to use them to fight off the Kree as part something called Starforce. Or something.

In Captain Marvel, we see Danvers return to earth after much time fighting in space. It’s set in the 90’s and she’ll be joined by much younger Nick Fury and Agent Coulson, played by CGI de-aged Samuel L. Jackson and Clark Gregg respectively. Captain Marvel will play an enormous part of the Marvel Cinematic Universe, and it’s likely that she’ll play a major part in undoing all Thanos’ good and noble hard work in The Avengers: Infinity War.  I’m going to stop jabbering now because what I know of Captain Marvel wouldn’t fill up the back of the world’s smallest postage stamp. Here’s the trailer. It looks alright.