An Indian boy, a tiger and a zebra are stranded on a boat… There’s a really bad joke in there somewhere, but right now I’m struggling to find it as I’m still left slack-jawed by the amazingvisuals to be found in this first trailer for Ang Lee’s Life of Pi.

Lee certainly has a talent for making things look good – Crouching Tiger Hidden Dragon was sheer poetry in motion, hell, even Hulk featured some sweeping mountainside vistas (Well, that was until the giant green angry man punched the mountains in their faces) – but this is on a whole new level.

He’s taken the fairy-tale nature of this story and turned the imagination up to 11, to make it look like these could have jumped straight from the pages of a story book. And the story itself seems to imply an epic filled with tragedy and brotherhood. Well, brother-tiger-hood to be accurate.

I wasn’t really that interested in this film before this trailer, but it’s definitely shot up my watch-list.

Director Ang Lee (“Brokeback Mountain,” “Crouching Tiger, Hidden Dragon”) creates a groundbreaking movie event about a young man who survives a tragic disaster at sea and is hurtled into an epic journey of adventure and discovery. While marooned on a lifeboat, he forms an amazing and unexpected connection with the ship’s only other survivor — a fearsome Bengal tiger. 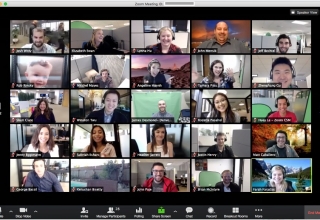 A few investigations haverevealed some security flaws in the pulplar video calls appp that is becauomng a lifeblood for many business atthe momnt.