From one seemingly impossible movie to the next. We’ve been hearing about a proposed crossover between the Jump Street franchise and Men In Black movies for some time now, and most of what we’ve been hearing sounded something like “What? Really?!”. And apparently the answer to that exclamation is now “Yes, really!” as Variety is reporting that while Sony has not yet officially given the green light for the weird crossover, they are already in early talks with director James Bobin to helm the film, eyeing a June production start date.

Bobin is no stranger to out-there comedy pitches, having cut his teeth on the brilliant musical comedy series Flight of the Conchords before transitioning to the Hollywood big time with the hilariously meta The Muppets and the upcoming Alice Through the Looking Glass.

Phil Lord and Chris Miller, the directing duo who really broke out with The LEGO Movie and unexpected reboot comedy smashes 21 Jump Street and 22 Jump Street, were originally being hinted at directing this upcoming third movie in the franchise, but they now have their hands full doing the proposed Han Solo Star Wars spinoff. They will be staying on as producers though, with 22 Jump Street screenwriter Rodney Rotham penning the script.

Just how that script would smoosh together these two very different franchise is being kept under wraps though, but it has to be pointed out that the Jump Street movies are so meta and tongue-in-cheek, that suddenly introducing a secret organization that polices against extraterrestrial menaces wouldn’t require the biggest stretch of the imagination. In fact, Jump Street already went sci-fi in 22 Jump Street‘s gutbusting end-credits which showed off a long list of “sequels”, placing Channing Tatum and Jonah Hill’s Jenko and Schmidt in a series of undercover scenarios each more absurd than the last, including the futuristic 2121 Jump Street. And according to Lord and Miller, 23 Jump Street‘s story finds a way to make all those absurd movies part of the official canon.

Tatum and Hill are reportedly good to go for the sequel, but as for the Men in Black side of the equation, neither Will Smith nor Tommy Lee Jones will reprise their roles as Agents Jay and Kay (nor will Josh Brolin as the young Kay). For this fourth MIB outing, the producers are reportedly looking for “younger, fresher faces”. And was reported on not too long ago, one of those fresher faces would more than likely belong to women, despite the very specific gender in the title.

As completely ridiculous as this movie sounds, I could pretty much say the same thing about 21 Jump Street or The LEGO Movie. I’ve loved just about every single thing Lord and Miller have done, and Bobin’s track record has impressed me just as much. So yeah, I actually totally on-board for this and I’m rather excited to see what they can do with. We all know the MIB franchise certainly needs a swift creative kick in the pants and this may just be best way to do it. 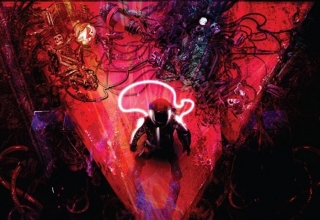 With Stormdivers being a damp squib in the battle royale market, Housemarque is looking towards the future and an era where their next project is their biggest one yet.