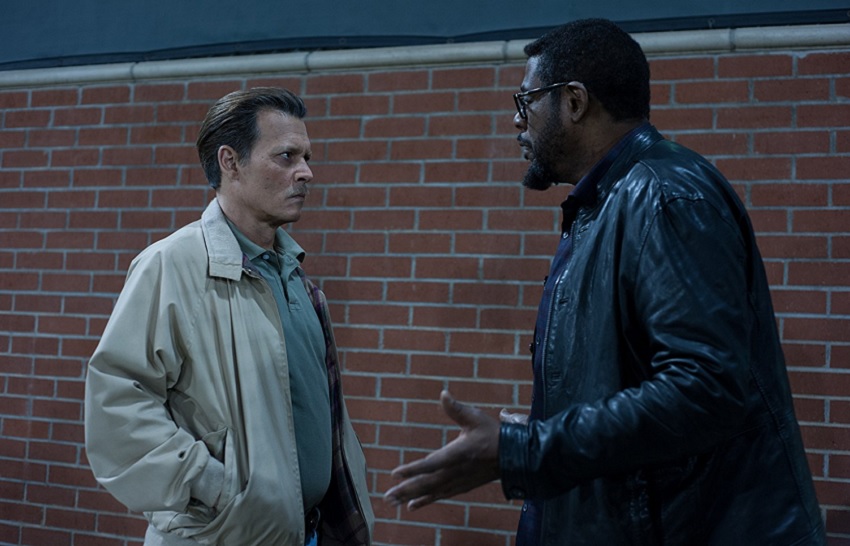 City of Lies is the upcoming biographical thriller that takes aim at the still-unsolved murders of rappers Tupac Shakur and The Notorious B.I.G. (aka Biggie Smalls – Christopher Wallace) from director Brad Furman (The Infiltrator, The Lincoln Lawyer). The famous pair were murdered six months apart in drive-by shootings – Shakur in September 1996 in Las Vegas, and Wallace in March 1997 in Los Angeles.

It’s a dramatisation of the 2002 investigative non-fiction book ‘LAbyrinth: A Detective Investigates the Murders of Tupac Shakur and Notorious B.I.G., the Implication of Death Row Records’ Suge Knight, and the Origins of the Los Angeles Police Scandal’ by journalist Randall Sullivan. Sullivan’s book was largely based on the testimony of former LAPD detective Russell Poole, who was convinced that Death Row Records CEO Marion ‘Suge’ Knight orchestrated the murders and was assisted by the LAPD to cover up the identity of the killers and the motive behind the murders.

The FBI opened a separate investigation into the murder of Wallace in 2003 based on the evidence presented in the book. It was closed eighteen months later, reportedly due to a conflict of interest with the lead investigator, who was in contact with the family’s lawyers over a wrongful death suit against the LAPD, as well as lack of evidence supporting the claim that the LAPD were involved in a cover up. It all sounds like fertile ground for conspiracy theories to flourish, with some claiming this investigation was also cancelled as part of the alleged cover up.

Johnny Depp (acting like a real human being for the first time in what seems like forever) will take the role of Poole (who passed away from a heart attack in 2015), while Forest Whitaker will portray a dogged investigative journalist, Jack Jackson, determined to uncover the truth behind the murders.

Based on the true story of one of the most notorious and unsolved cases in recent time, City of Lies is a provocative thriller revealing a never-before-seen look at the infamous murder of The Notorious B.I.G. shortly following the death of Tupac. L.A.P.D. detective Russell Poole (Johnny Depp) has spent years trying to solve his biggest case, but after two decades, the investigation remains open. “Jack” Jackson (Forest Whitaker), a reporter desperate to save his reputation and career, is determined to find out why.

In search of the truth, the two team up and unravel a growing web of institutional corruption and lies. Relentless in their hunt, these two determined men threaten to uncover the conspiracy and crack the foundation of the L.A.P.D. and an entire city.

I think this looks like a competent crime thriller, but nothing more despite the acting talents of our leads. To be perfectly blunt I find this dramatisation of a “true” story – and nothing about this conspiracy theory has been proven true – to be slightly distasteful towards Tupac and Biggie, who were pioneering rap artists who deserve better than this, like the truth.

City of Lies is due for release in the US on 7 September.