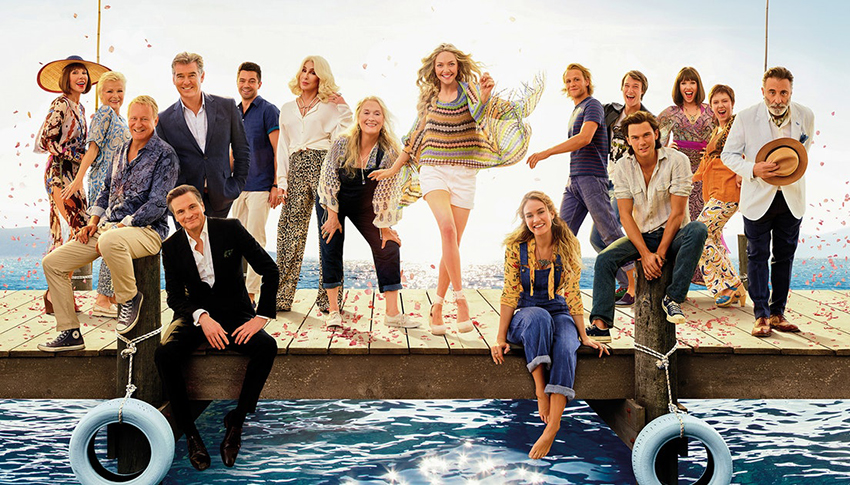 Mamma Mia! Here We Go Again may have narrowly lost out to The Equalizer 2 in the battle for the spot in the US box office this weekend past, but with no vengeful Denzel Washington to stand in its way here in South Africa it easily debuted at no.1. The ABBA musical sequel, the follow-up to 2008’s smash hit Mamma Mia!, earned a very health R6.3 million, the sixth-biggest local debut of the year thus far, nipping at the heels of Jurassic World: Fallen Kingdom (R6.5 million). The original film went on to earn just shy of R21 million in SA at the time (unadjusted for inflation), and you would think that the sequel would have no trouble getting there as well, but there’s a little movie called Mission: Impossible – Fallout coming out this coming Friday which is sure to hamper those plans.

With Mamma Mia! Here We Go Again being the only new entry on the charts this past Friday, there’s actually not a lot of noteworthy news to report on here. Last week’s no.1 Skyscraper fared better than expected in its sophomore showing with just a 35% drop to 2nd place with R2.3 million, while Ant-Man and the Wasp held steady in 3rd with R1.8 million. The amazing gravity-defying run of Incredibles 2 seems to finally be winding down as it dropped 58% to 4th with R1.4 million, and Ocean’s 8 rounds out the top 5 as the last film on the charts to exceed a million with R1.1 million in earnings.