Home Entertainment March to war in these new images for THE HOBBIT: THE BATTLE OF THE FIVE ARMIES

While the five armies of Middle Earth march towards the conclusion of The Hobbit trilogy, five armies worth of hype and marketing materials have also set off. It’s the final push for the third Hobbit movie. So sit back, and gaze upon a motley assortment of stills from the film. 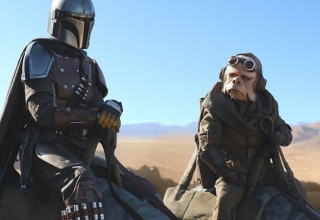