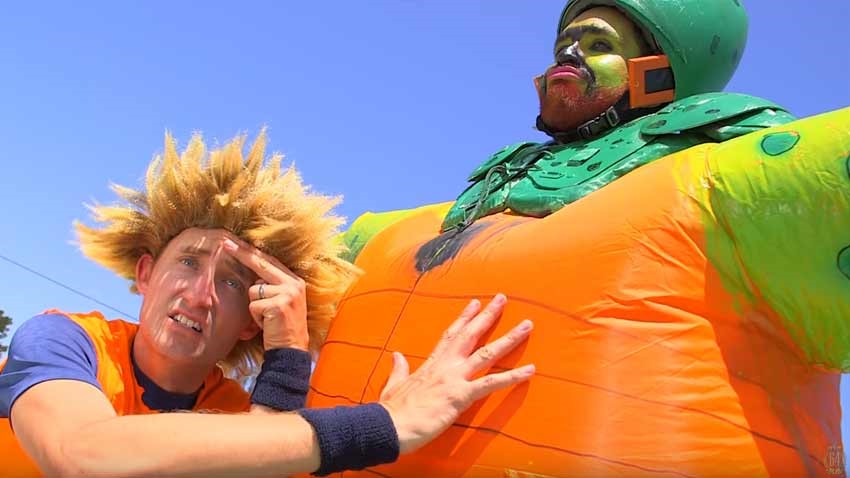 If I had to rank Dragon Ball Z sagas, the Cell Saga…wouldn’t be at the top. It’s a weird mish-mash of ideas, stupidity and certain themes being repeated as the new planet-shattering status quo of Dragon Ball Z was dialled up to even more ludicrous heights. Yet, it’s still a monumentally important chapter in the narrative of that beloved anime series.

While it’s endgame was focused on establishing Goku’s son Gohan as the next hero of Earth didn’t pan out entirely by the time the Majin Buu Saga was finished, it was still admirable. Here was a chance for readers to learn that a better hero than Goku was about take up his mantle. Just as gentle in spirit as his father, but smarter and boasting a far more powerful potential, Gohan’s journey was finally complete by the time that the Cell was finally vanquished with a Kame-Hame-Ha blast that was iconic in its devastation.

It’s a story that does deserve to be given the live-action treatment that it deserves. A tale of fathers and sons, technology run amok and a fight where all of reality was at stake. Unfortunately, Mega64 only had a budget of what I assume was several dollars and some pocket lint, resulting in the following masterpiece:

Dragon Ball Evolution can rest secure in the knowledge that it’s still the worst live-action adaptation ever made of AKira Toriyama’s genre-defining manga. If you liked that, do yourself a favour and check out Mega64’s other sweded magnum opus, which boils the entire Frieza saga down to a mere five minutes of no-budget action.