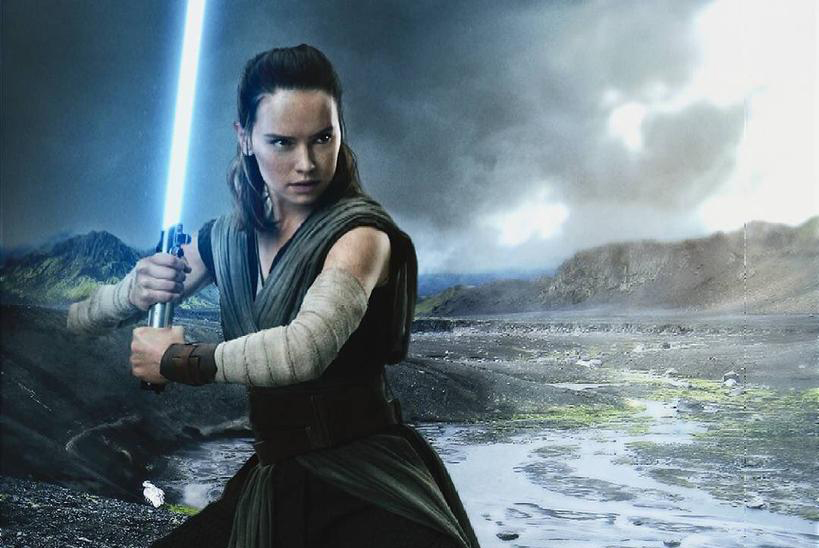 There are many reasons why I will miss the old Star Wars Expanded Universe. Besides for things like the Yuuzhan Vong, Mara Jade, the Rogue Squadron stories, the New Jedi Order, etc, there’s one reason that really stands out though: It wasn’t canon.

I mean, us fans tended to regard it as 100% canon, but George Lucas most assuredly did not. The upside of this meant that the Star Wars creator was compelled to make sure that every piece of critical information you learned about the Star Wars universe came from his movies. When Disney took over and relegated the EU to “Legends”, it introduced a fully cohesive new expanded universe of books, cartoons, comics etc that were all canon as a replacement. The problem now though is that the Star Wars movies didn’t have to explain everything because these supplementary materials could just fill in the gaps.

And this doesn’t just hold true for the material that addresses areas before or after the movies, but even for the events of the movies themselves. In Star Wars: The Force Awakens, when the First Order uses their new superweapon to destroy a system of planets, you have no idea who the people on those worlds were. In the novelization, you learn that this is the Hosnian system, the seat of power for the Galactic Senate. Hell, you even learn that General Leia was supposed to be on the planet Hosnian Prime but instead sent her envoy – that’s the young lady you see (played by DC’s Legends of Tomorrow actress Maisie Richardson-Sellers) staring at her impending doom during the scene in the movie.

Where am I going with all of this? Well, to me it seems that Disney is trying to maximize its profits by making offshoots to the film’s story found in novels or comics compulsory purchases to get the full picture. And that leads us to the upcoming novelization of Star Wars: The Last Jedi, which was written by Jason Fry with the assistance of The Last Jedi writer/director Rian Johnson. 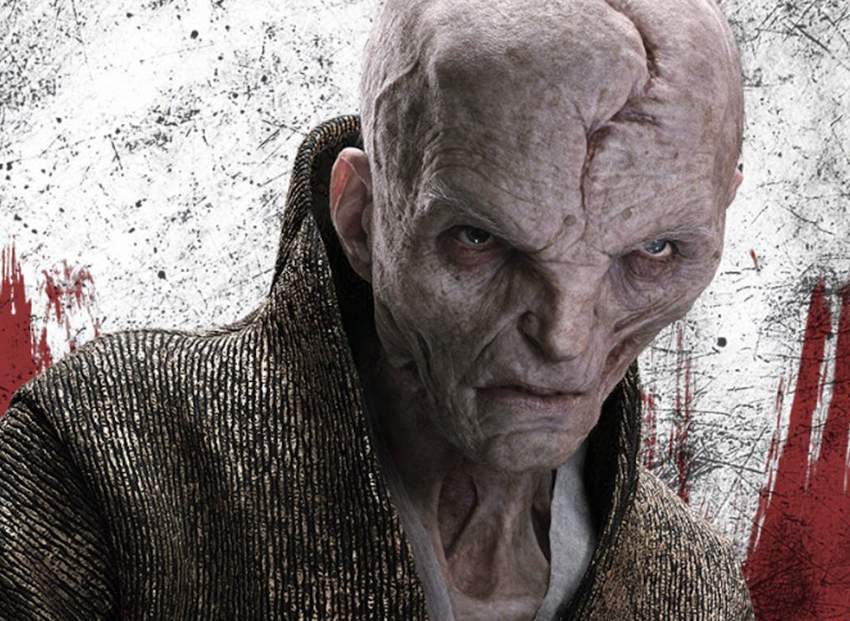 One of the biggest unresolved mysteries in the latest Star Wars episode was who Supreme Leader Snoke actually was. For months before the release of the film, fans worked themselves up into a frenzy, overanalyzing every single scrap of potential evidence to find more fuel for their ever increasingly absurd theories as to the identity of the leader of the First Order. In the end, Johnson pulled the rug out from under all that speculation by having Kylo Ren dispatch him without much in the way of fanfare. Snoke didn’t need to have to history explained, Johnson implied, because it was not important to the story no matter what these foam-mouthed fans may have thought.

Except, that information was there all along, Disney was just holding it back (to sell some more books). That’s according to Star Wars fan site Dork Side of the Force who report that a fan got their hands on the book ahead of release and revealed some huge details from it. According to this new info, Snoke was an insanely powerful Force user from a very young age who received a Force vision of his dark future and even how Luke Skywalker would potentially oppose him. As a result, he used to the Force to hide himself from all detection, including from Emperor Palpatine. 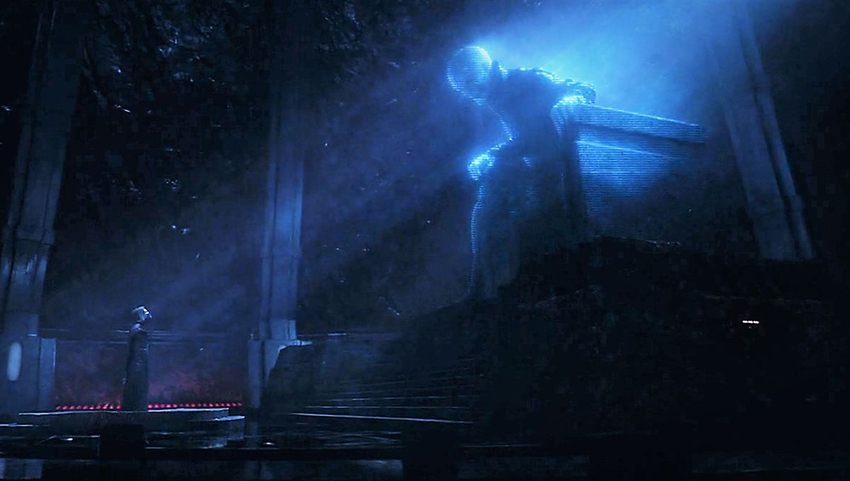 He never planned to take over the remnants of the Empire after Palpatine’s death, but somehow found himself in an opportunistic position to enact Operation Cinder, Palpatine’s contingency plan in the case his death. Operation Cinder was designed by Palpatine to essentially kill off the Empire – which I’m guessing he expected to spiral out of control and splinter exactly as it did – and allow it to be reborn stronger than before. Somehow this allowed Snoke to eliminate the new leaders of the Empire remnant, like Gallius Rax and Rae Sloane (though he kept around Hux for his technical expertise), while assumedly automated shipyards, laboratories, and storehouses in the Unknown Regions built up weaponry for The First Order.

It was also in these Unknown Regions where Snoke discovered new knowledge about the Force that made him even more powerful. More importantly though, it was also out here that Snoke somehow met Luke Skywalker briefly while the latter was on his own quest to find further knowledge of the Force. The outcome and context of their meeting is not revealed. 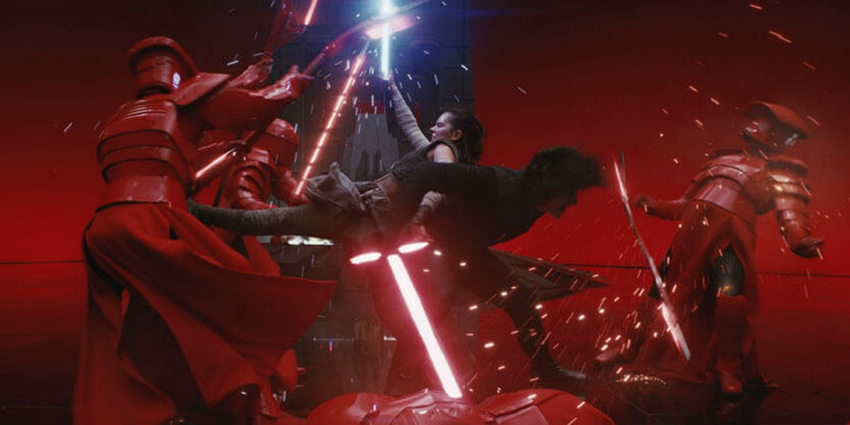 What is revealed though, besides for Snoke’s history, is that the movies are now adopting the EU explanation of the Force having two aspects: The Living Force is the energy of life, while the Cosmic Force is the will of the universe. The latter went into a dormant state after Palpatine’s death and the destruction of the Sith Order, but reemerged during Luke’s exile when the First Order arose and there was nobody to balance it out.

This reemergence resulted in Rey who is, in fact, a manifestation of Cosmic Force, which explains her accelerated abilities. Well, that and the fact that apparently a residual effect of the mind meld Snoke does between her and Kylo Ren was that she can tap into Kylo’s skills and Force abilities, while he has access to all her memories. This is how Kylo knows the truth about her parentage, while she can go toe to toe with Snoke’s Praetorian Guards.

These are just some of the bigger plot points revealed in the novelization of The Last Jedi, but there’s plenty more which you can go read over HERE and HERE. And while I have to still agree with Johnson’s decision to not spend time dwelling on Snoke’s past as this really isn’t his story, some of the things regarding Rey and the Force seem like pretty damn important details to just leave out. Would you have preferred these to have been shared in the movie as well?