Home Entertainment Swords and sandals abound in this trailer for Netflix and the BBC’s miniseries Troy: Fall of a City 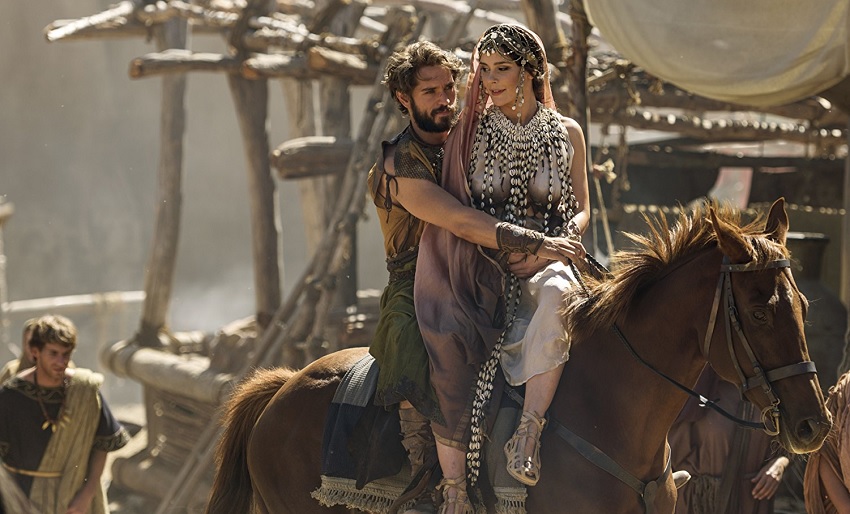 Troy: Fall of a City is a British miniseries that tells the tale of the fall of the legendary Greek city and the doomed love affair between Helen and Paris, as recounted in Homer’s epic poem The Iliad. A co-production between the BBC and Netflix, the miniseries was filmed in Cape Town (hooray for local!) and is currently airing in the UK, following which it’ll be released on Netflix for international viewers to enjoy.

An epic story of love and war, intrigue, and betrayal.  When Helen and Paris fall in love, they trigger a chain of events that threatens their families and the city of Troy.

It’s gotten a fairly mixed reception from viewers so far. Currently it’s sitting on a 2.8/10 rating on IMDb, but with a 70% fresh rating on Rotten Tomatoes, so clearly people are divided on what they’ve been watching. Let’s take a look and see for ourselves:

Right off the bat let’s just agree that historical authenticity, inasmuch as that even applies to the mythological, is not remotely relevant here and move on from there shall we? I know on which side of the critics divide I sit, because this really doesn’t look all that great. If I had to condense my thoughts after watching that trailer into one word, that word would be “unconvincing”. Nothing about that trailer makes me want to watch the series, or even think that maybe there’s something there that would be worth watching.

Even though you can see a fair bit of money has been spent on this production – the costuming does look great, so do some of the sets, and having more than twenty people are involved in battle scenes is a good start – it still manages to appear cheap. For the most part the actors and the acting seem to be, well, alright – which is faint, yet damning, praise. There are a couple of hideous British accents which sound hilariously out of place. I could overlook all of that, but where it really loses me is with the dialogue and the much vaunted romance, which seems to have soap-opera levels of reality. It all just comes across as stilted and unnatural, with too many grand declarations and portentous announcements to suspend my disbelief.

If I was in the mood for an historical epic I’d rather finally get around to watching Vikings. What do you think?

Troy: Fall of a City is currently airing its eight-episode-long season on BBC One in the UK, and will premiere worldwide on Netflix on 6 April. It stars Louis Hunter, Bella Dayne, David Threlfall, Frances O’Conner, Tom Weston-Jones, Joseph Malwe, and many more.