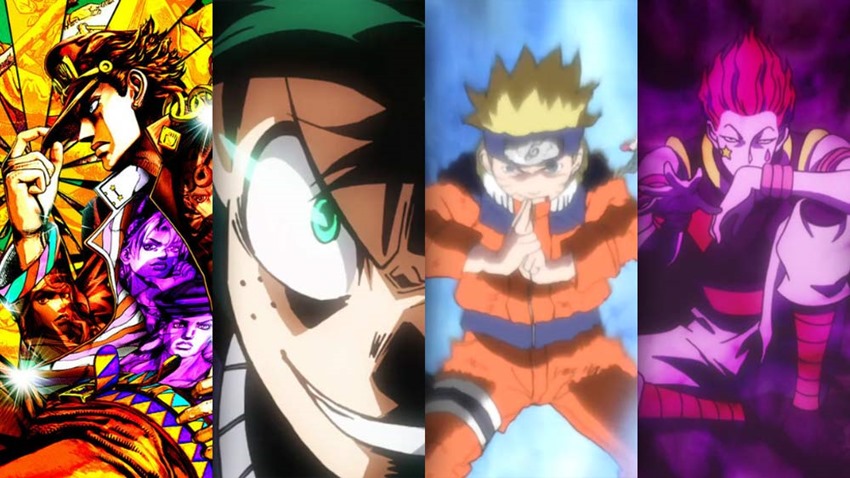 THIS ISN’T EVEN MY FINAL FORM! Anime is many things, but there’s a reason why we always gravitate to the Shonen side of the animation genre. It’s the power fantasy, the sheer unbridled joy of seeing characters engage in new forms of combat that was born from their desire to become stronger. Over the years, a ton of systems have been invented for various anime series and their manga source material.

Sometimes wild, always imaginative and often trippy, it’s these ideas which form the backbone of Shonen anime. Here’s a look then, at ten of the best: 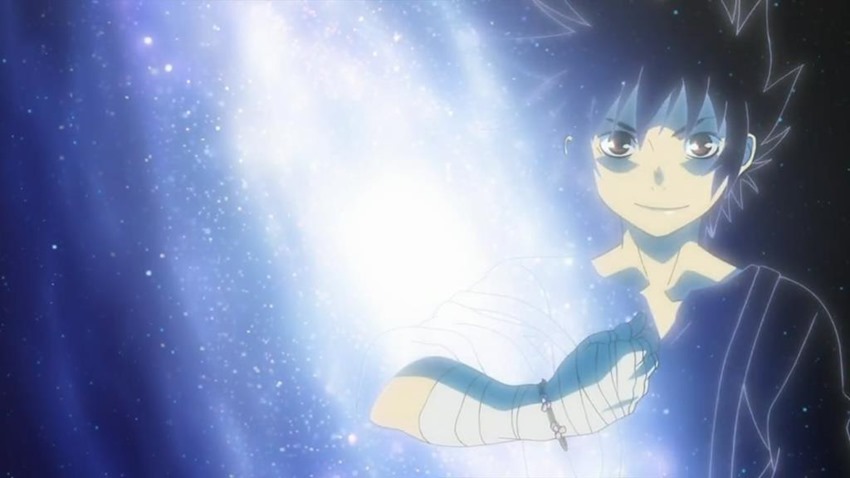 Like the funky-smelling hippie down the road was prone to telling you, there’s a universe inside all of us…maaaaaaaan. In Saint Seiya, having a cosmic connection to the stars that you were born under isn’t pure astrological horsesh**, but an actual gauge of power with unique benefits. While the popular series may be more well-known for its diverse sets of “cloths” which the Saints donned for the battles ahead, these mystical suits of armour were defined by their connection to the stars.

Which made for a power system that was staggering in scale, as the heroes of Saint Seiya were prone to burning an entire galaxy’s worth of stars in their battles against gods and monsters. Far out, dude. 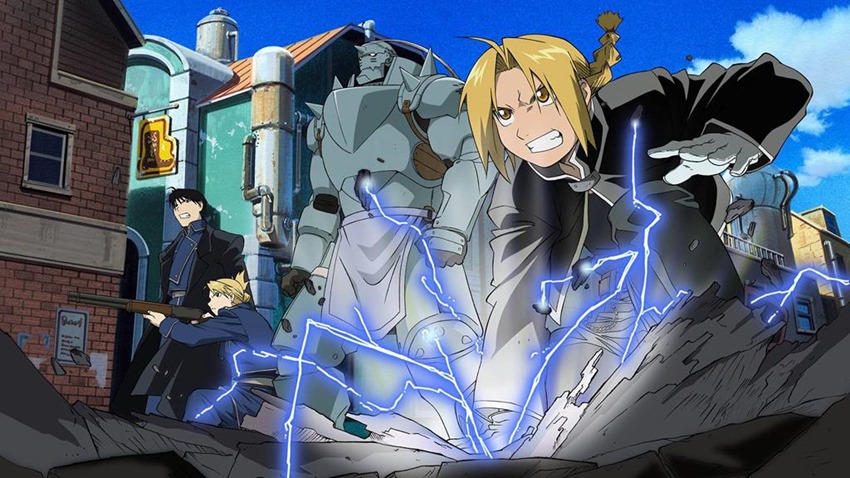 In Fullmetal Alchemist, the fantastic powers of alchemy had a very strict rule that governed their use: Equivalent Exchange. Something had to be sacrificed, some bargain had to be made to be able to transmute the elements, and that’s a  lesson that the Elric brothers learnt the hard way. While Alphonse Elric may have lost his body in a warped ritual to resurrect their mother, his older brother Edward literally paid an arm and a leg for the knowledge that he gained in the process.

Knowledge that for every action, there must be an equal and opposite reaction. Lessons which give the Alchemical powers of this cult hit anime series a dark undercurrent of danger in every single application of that sorcerous science. 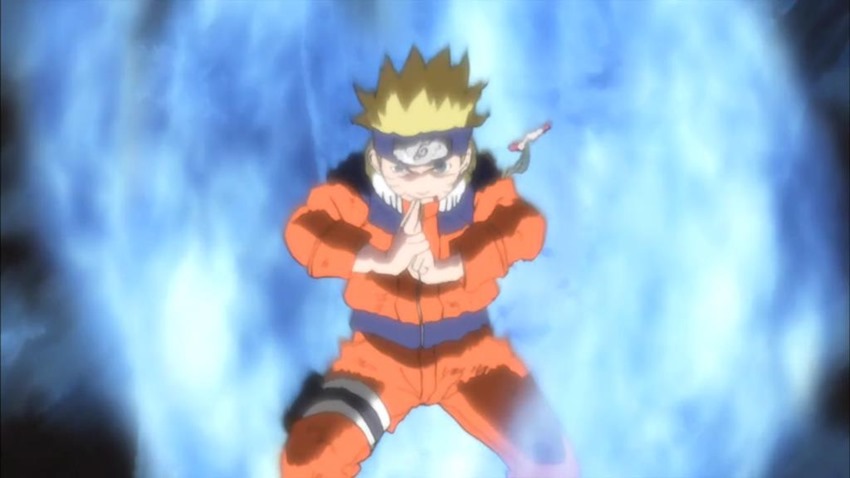 Naruto’s chakra system may have become pretty much inconsequential by the time that the Shippuden saga began, but for a while, it was a brilliant reminder of limitations. Everyone had the potential to perform some of the most awe-inspiring ninja techniques around, but the limits around them stemmed from personal growth.

That resulted in restraint and cunning, as characters within the Naruto universe had to operate with their eye constantly on their fuel tank, giving each fight another layer of strategy that was built on borrowed time. Ideas that were thrown away by the time that the tailed beasts of the saga became far more prominent to the narrative. 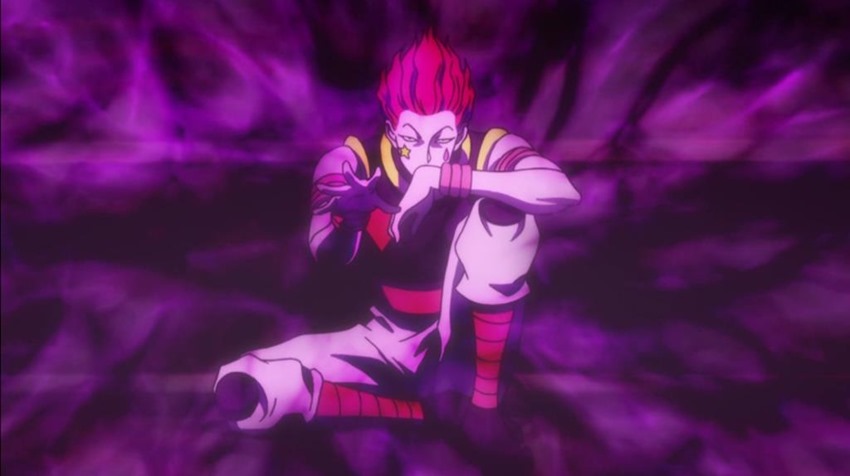 Here’s the real beauty of Nen in Hunter X Hunter: No matter how good you are with it, it’s never going to be a golden ticket to win every single battle in front of you. In fact, Nen is a reflection of its user and their flexibility in battle. That makes for more interesting battles that are rarely won by a huge margin in experience or power. Rather, it’s creativity and guts when used in conjunction with Nen and its various sub-systems that prove to be the key to victory in any encounter. 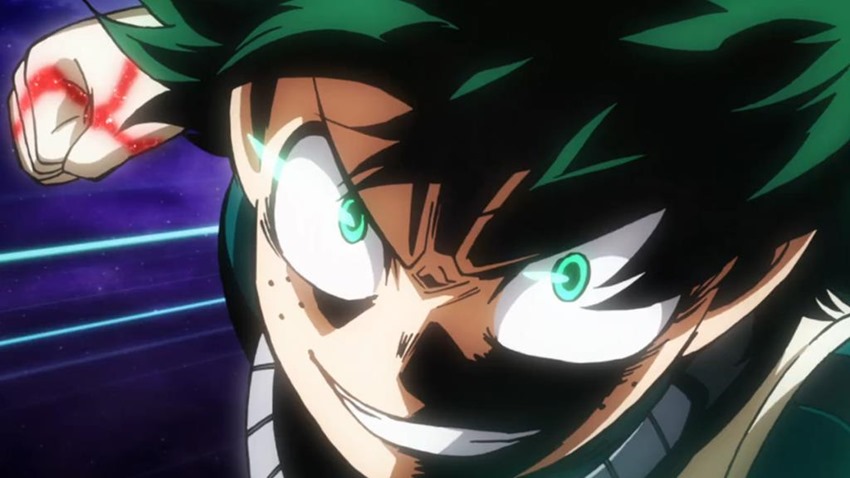 Many an anime system has rules attached to their ideas behind power. Whether it’s a grounded approach to science, occult limits or even internal factors, there’s always some limit to the variety of power on display. In My Hero Academia, that idea isn’t just thrown out of the window, it’s launched into space and easily achieves orbit.

Pretty much anyone and everyone can be a hero in that brave new world, and with the diversity of the human race comes a staggering array of abilities that range from titanic to comical. That makes for one of the most fascinating worlds in anime, in which humanity has evolved and transcended to a new status quo that is utterly wild and unpredictable. 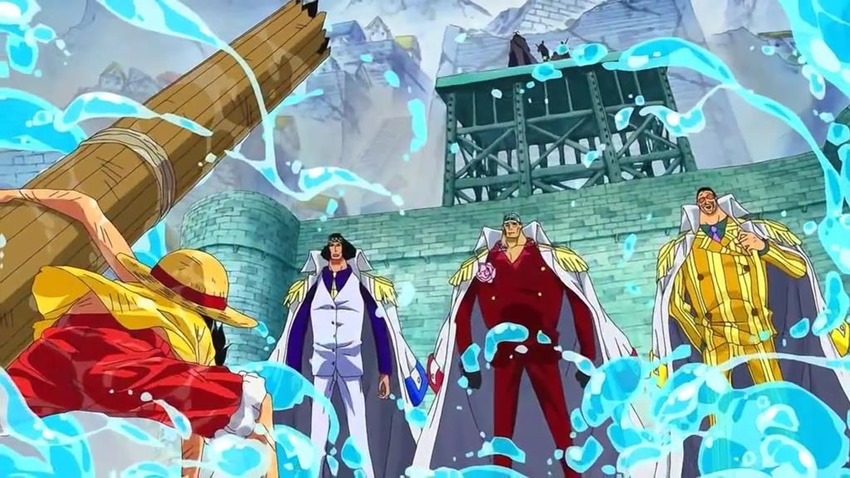 Speaking of bizarre, you don’t get much sillier than One Piece and the Devil Fruits. While ordinary people can train their minds and bodies to utilise Haki in that universe, Devil Fruits still reign supreme. They taste worse than my cooking, their power is offset by a deadly allergy to the ocean and they’re got so much variety within them that the oceans of One Piece are crawling with pirates whose abilities border between mad and comical, as well as everything between. 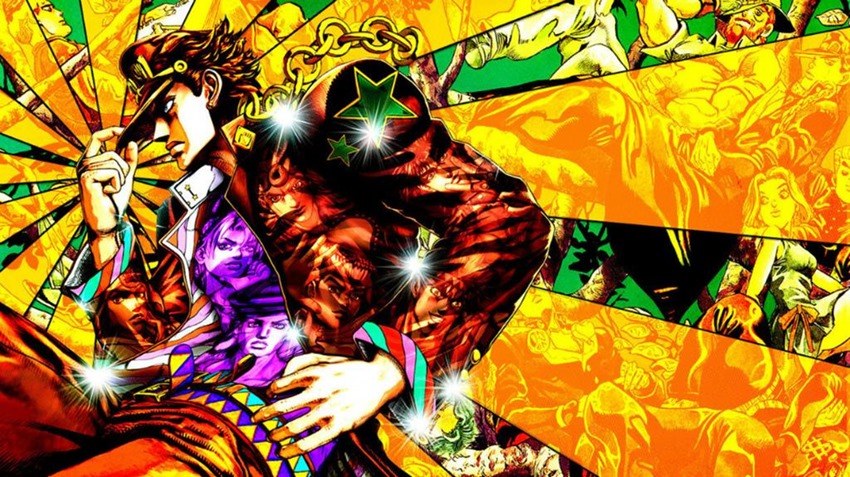 The variety train doesn’t stop there! Needing a new system to gauge power within the mega-popular Jojo universe, creator and manga artist Hirohiko Araki came up with something utterly unique at the time: Stands! Essentially spiritual bodyguards, Stands evolved over the years to feature powers that were far beyond the perception of mortal man.

Invisible to everyone but other Stand users, these spirits where the manifestations of ego and personality from their master as their powers grew wilder and more interesting with each chapter that they were introduced in. Some Stands could stop time, others could heal anything they touched and even more mental abilities were revealed as these rock ‘n roll spirits grew in popularity. No single stand was invincible, but when their powers were used in unique ways? They were damn close to being unstoppable. 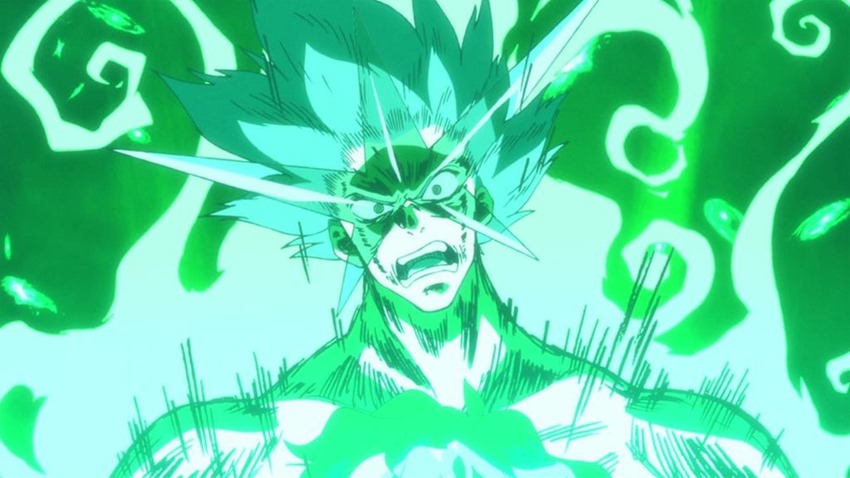 Like I said above, most power systems in anime have a limit attached them. In the wonderfully over-the-top Tenga Toppen Gurenn Lagann however, lies an idea that humanity’s true power is without limit. The potential to push past barriers of life, evolution and existence itself lies dormant within all of us, although there is one caveat attached: Sooner or later, such power will burn us out and the universe will die out.

Until that does happen though, Gurren Lagann’s unending march to break the walls of what’s possible never fails to be inspiring. Who the hell do you think I am?

The power of friendship – Yu-Gi-Oh!

The exercise routine – One Punch Man 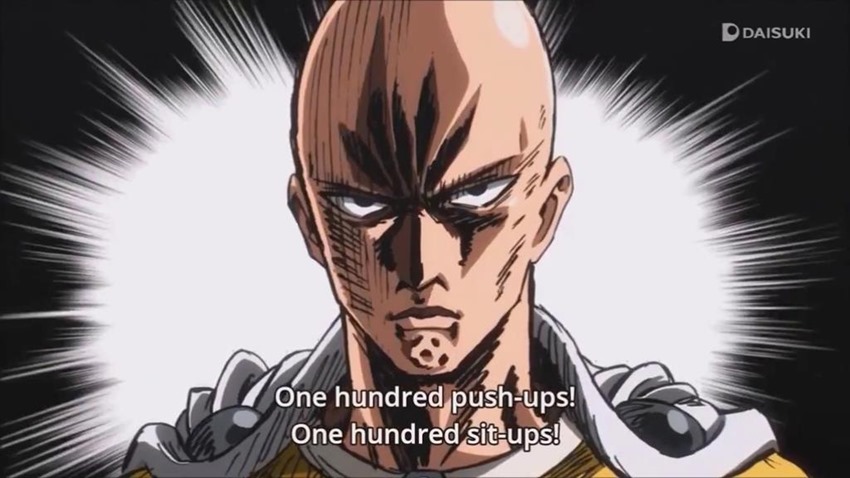 EVERY SINGLE DAY UNTIL YOUR HAIR FALLS OFF!!!

Can’t argue with those results. 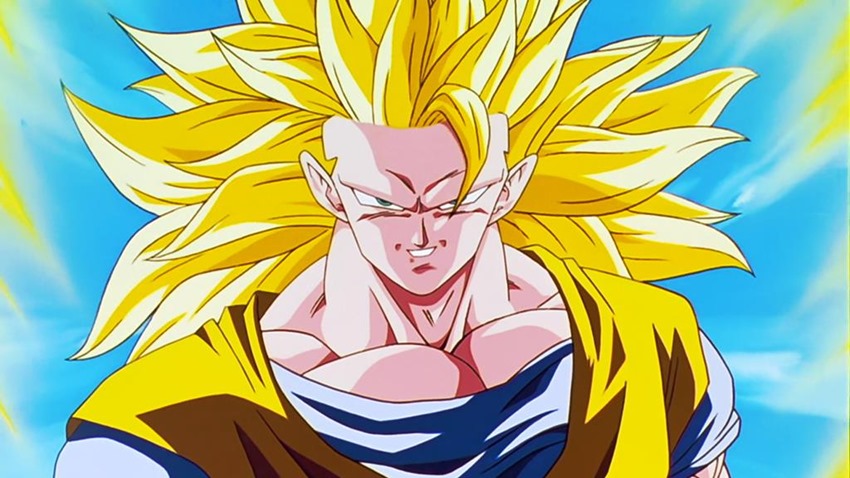 Wait what? Yup, in a move that sounds suspiciously like it lifted a few ideas from Star Wars Episode 1: The Phantom Menace’s Midichlorioans debacle (Yer crazy Qui-Gonn get outta here and go get yourself brutally murdered by a Sith in training so that Renton from Trainspotting can avenge your ass), the secret behind why some Saiyans are more super than others comes down to biology.

It’s all about the cells (Not that one) baby! And with those cells, comes the benchmark for what a Saiyan is capable of: The almighty power-up. While it may have been diluted in recent years by new transformations and other shows taking a page from the Dragon Ball handbook, there’s no denying that Akira Toriyama’s masterstroke of a power increase was a genre-defining moment for manga and anime.