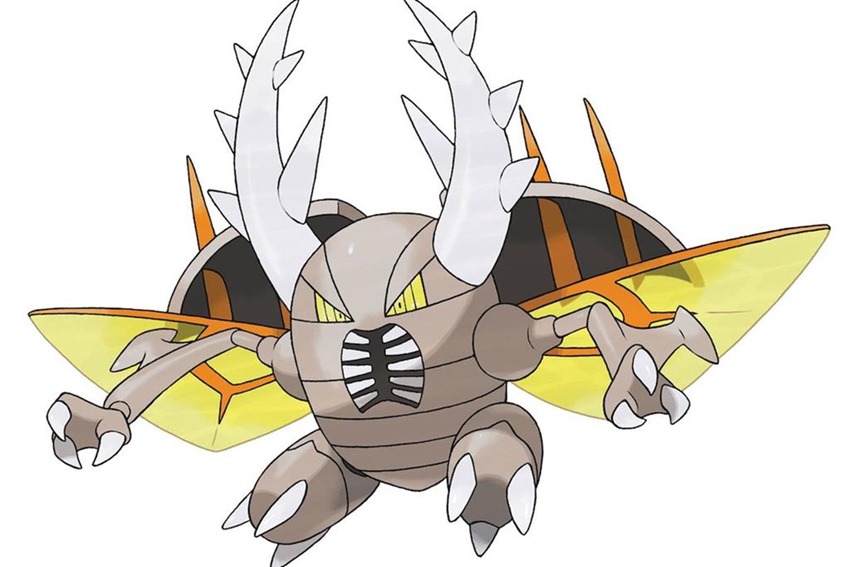 One solitary trainer. Hundreds of critters. The power to harness the fury of animal gods and carry them in your pocket. On the surface, Pokémon has barely changed over the years. It’s still a lightning-quick RPG that focuses on matching various element types to their weaknesses and training up a small squad of pocket monsters that can handle any creature thrown at them.

Choose your Pokémon, level it up and stick to four moves. Simple. Except, it really isn’t. Beneath that familiar surface is a very different game. A game that has been tweaked and transformed over the years to shake up its formula and then some. Here’s ten such changes made over the last two decades, that have been strokes of genius for the franchise. 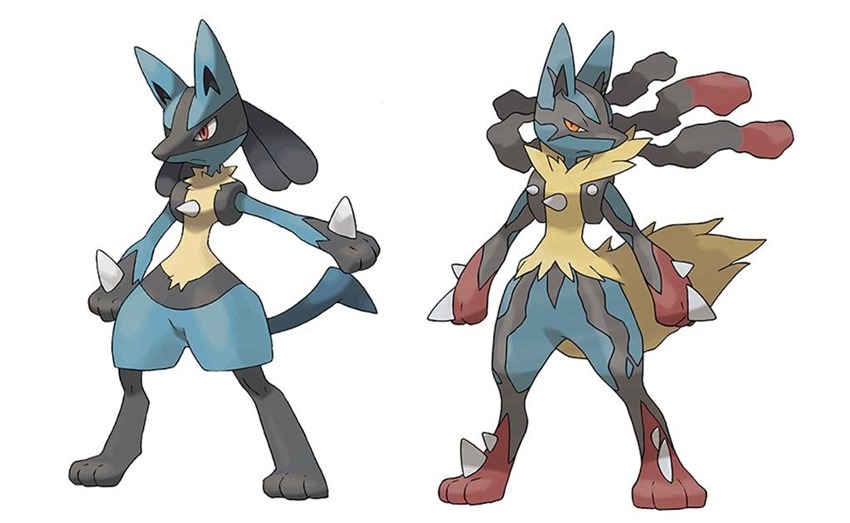 Might as well start this feature with a bang! Sure, Mega-Evolutions may have jokingly been referred to as Pokeball Z, but the fact remains that these temporary transformations were still massive game-changers. With many of these transformations resulting in Pokémon element-types being reversed, a match could suddenly swing itself in another direction as struggling players got a hell of a power boost.

Plus, it kind of looked f***ing cool. 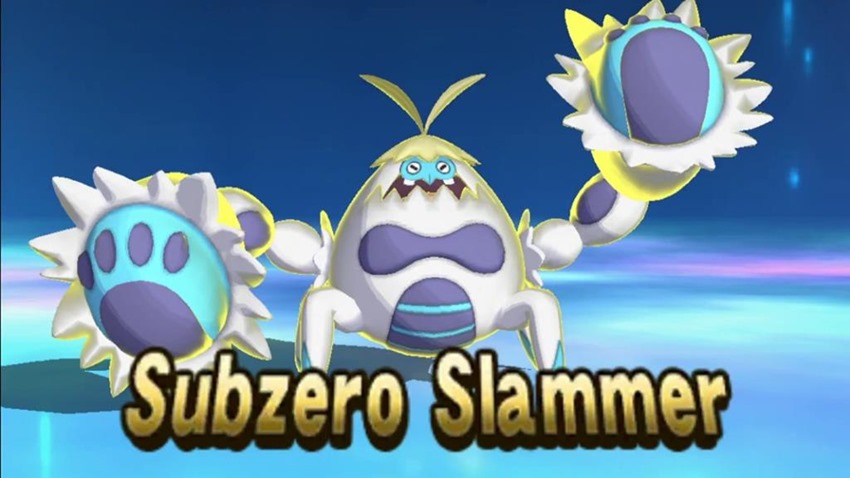 Likewise, the latest generation of Pokémon games took the idea of a Hail Mary factor and put a new spin on it with Z-Moves. All or nothing gambits, Z-Moves are the sum total of a Pokémon’s ability. They’re massive match-ending explosions of style and grace, Pokémon’s version of a WWE finishing move that goes over the top and into orbit. Which made them perfect for a new generation of fans who were still learning the poke-ropes of the latest game. 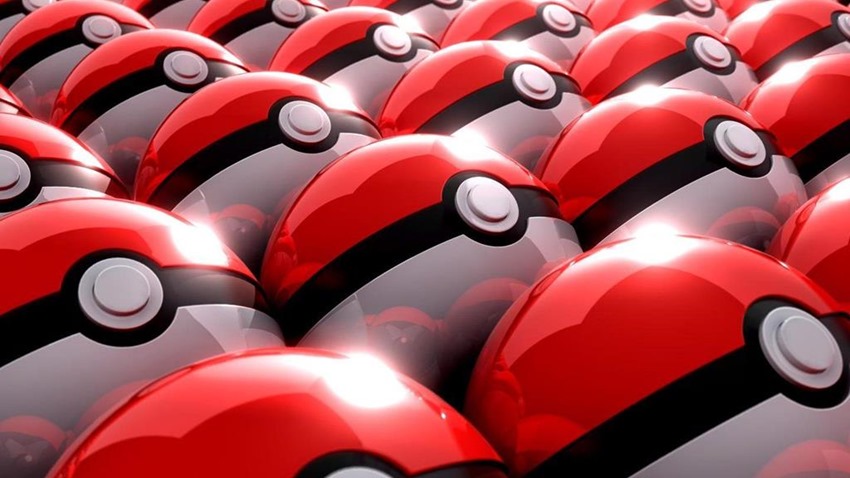 Nothing symbolises Pokémon better than its iconic Pokeball. A sphere that happened to be equally divided in red and white colour, throwing a pokeball and waiting for it to jiggle a third time and seal shut has always been one of the best feelings in the franchise. Don’t try holding down B though, that totally doesn’t work.

In the original Pokémon game, you had four different types of balls: Regular pokeballs, Great Balls, Ultra Balls (why is everyone sniggering) and the money in the bank capture unit known as the Master Ball. In the years since then, Pokémon has introduced a ton of newer and better balls for specific situations, making the hunt for certain critters that much more specialised.

While it’s always advisable to have a few dozen Ultra Balls in your pocket, having the right balls for the job has always been the mark of a seasoned trainer. Seriously, stop laughing you guys. 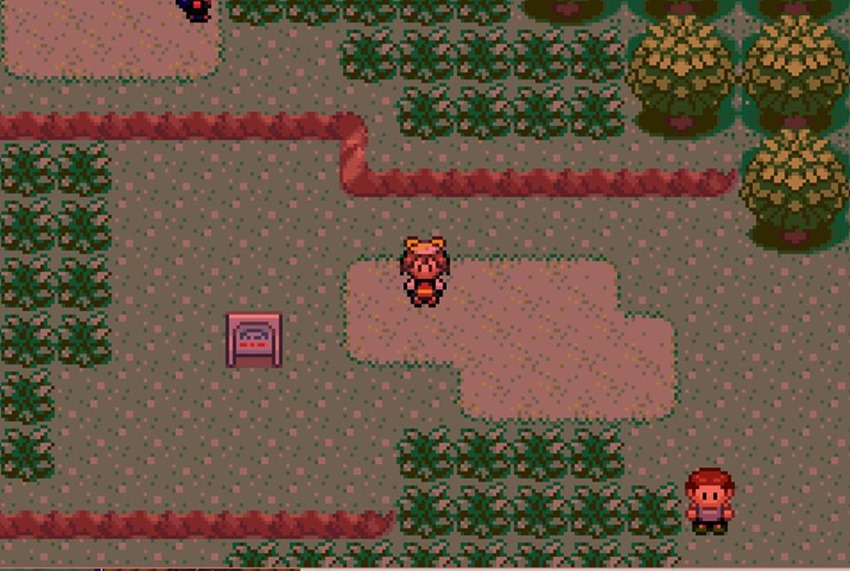 Speaking of hunting, there’s a certain thrill to staking out a spot in Pokémon games that results in certain Pokémon showing up at certain times. While the system went missing for many a generation between the Gold/Silver and Sun/Moon entries, the idea was still rock-solid and tied in perfectly into the Pokémon ecosystem.

Sure, the system could be gained, but when you were looking for real satisfaction and actually got up at Arceus knows what hour to harvest some pocket monsters? That was a job well done. 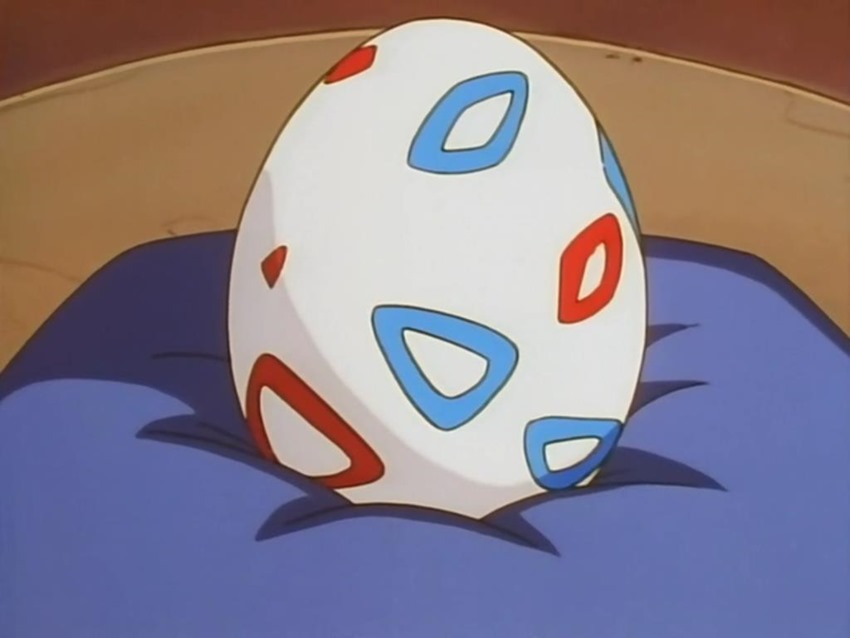 You ever…you ever think that some Pokémon want to be more than just friends with one another? Like, really really good friends? That’s a question which was answered in the most PG way possible, as Pokémon eventually allowed players to start breeding with their favourite pocket monsters. No dammit, not like that.

Goldenrod City kicked the trend off with their Day-care center, allowing players to pair up Pokémon that liked each other and farm a few kids out of their illicit romance. The end result? Happier Pokémon, popping out kids who had inherited a few traits from their parents. Don’t ask me how A Rhydon and a Chansey can create children. The only answer, is awkwardly.

Also, top tip: If you wanted to breed any Pokémon without having to pair it up with a suitable partner, remember that Ditto is the Jack/Jill of all trades for breeding. I’ll let that thought fester in your mind for a while.

For years, Dragons reigned supreme in Pokémon. It’s not hard to understand why either, as these legendary brutes were power personified. They had some of the best stats in the game, the attacks that they could learn made them a match for any foe and their few weaknesses were easily overcome. Dragons were clearly too powerful in the grand scheme of things, and something had to change.

Developer Game Freak came up with a brilliant solution: Instead of nerfing Dragons, they’d introduce a natural predator to the species: The Fairy-Type Pokémon. The first new element in a decade and a half, Fairy-type Pokémon were a natural deterrence to anyone fielding an entire team of dragons, pocket monsters whose entry into the series rewrote the entire metagame on finding the right Pokémon to fight back against powerful adversaries. 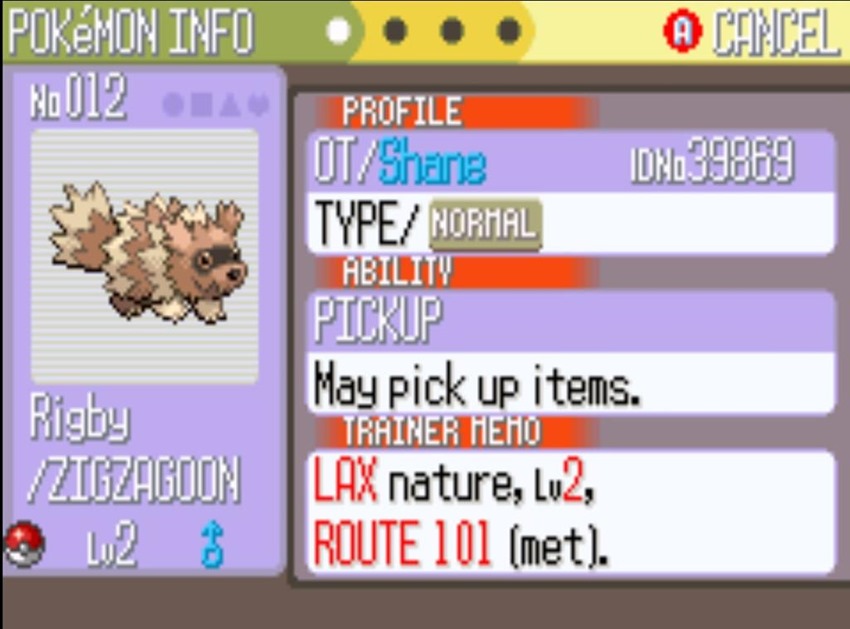 It used to be that the Pokemon you got, was essentially a blank canvas that you’d teach moves to. Later on in Nintendo’s journey, the pets became something more. Personality traits were added to the little fellas, in the form of what GameFreak called “natures”. Maybe you’d caught a Scyther with a Hasty nature or maybe you’d trapped a Gardevoir with a Jolly attitude.

The point is, is that these natures were responsible for growing your Pokemon’s stats in new and exciting ways. They could have higher attack, better defense or more fuel in their tank to unleash powerful special moves. It made capturing and breeding a much a deeper game for the serious trainer, who was after Pokemon that would have as much of an edge as possible when they flung into tournaments. 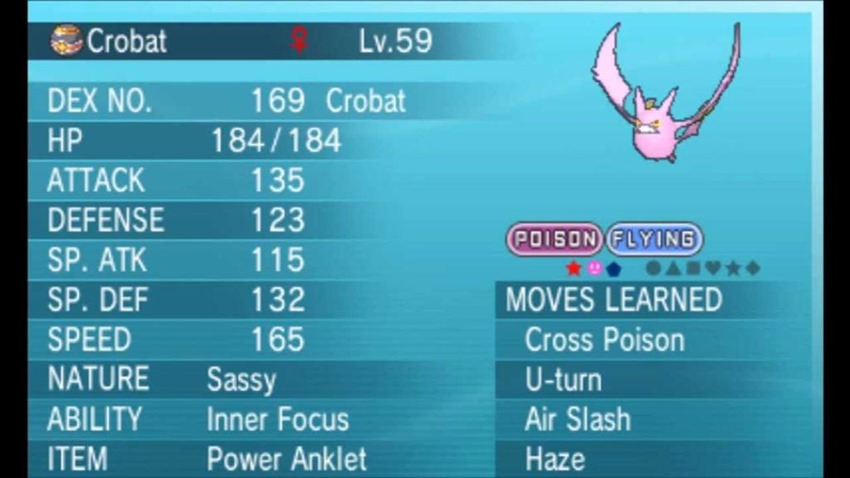 While Nature may have defined how you could grow your Pokémon, nurturing their Ability trait was a whole new ball game entirely.  Here was the extra edge, natural-born advantages that made certain Pokemon masters of offense and defense. The right Pokémon at the right time could cancel out weather-based field advantages, power up certain moves or even prevent hard to catch legendary pocket monsters from fleeing the scene. Another huge shake-up in the metagame, it was this combination of Nature and Ability that turned the franchise on its head when it was first introduced. 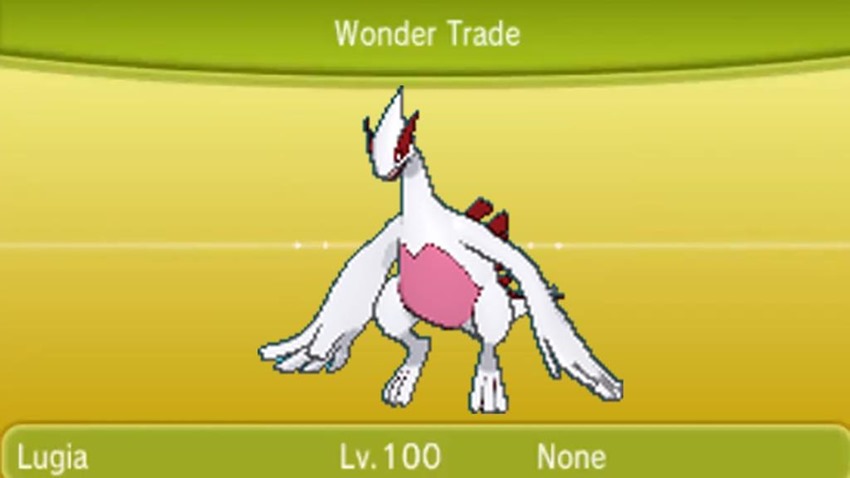 When Pokemon first arrived, it came with a promise: That it would introduce a revolutionary new way to play games. That it did, by forcing players to meet up and link their Gameboys together with arcane cables so that they could trade pocket monsters that were unique to certain versions of the game. As time went on, Pokemon finally ditched physical trades for a connection to the world wide web, eventually resulting in the idea of the Wonder Trade.

It sounds simple enough: Each player puts a Pokemon up for trade, blindly unaware of what they’ll get in return. Did this result in many a player either getting a Bidoof or a Snorlax named “Yo Momma” that had a burn heal attached to it? Yes, yes it did all the time. For some players however, Wonder Trade gave them a chance to do something else.

To be good Samaritans, who’d breed certain hard to find Pokemon and give them away. Those are the real heroes of Pokemon, the people who keep the dream alive. We salute you. 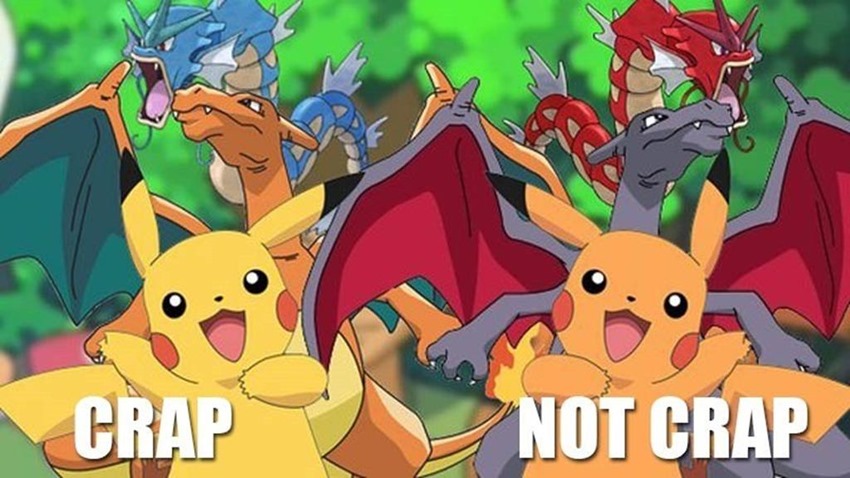 There are rare pokemon, and there are shiny Pokemon. You ever watch that one episode of The Simpsons were a horde of young girls and Mr Smithers go mad for a new Malibu Stacy doll because she has a new hat? That, exactly that. And yet, finding a shiny Pokemon is an amazing feeling. It’s the original Winner Winner Chicken Dinner, an event that staggeringly rare that entire mathematical formulas and theories have been written up on gaming the Pokemon system to increase the chances of finding one of the fellas. 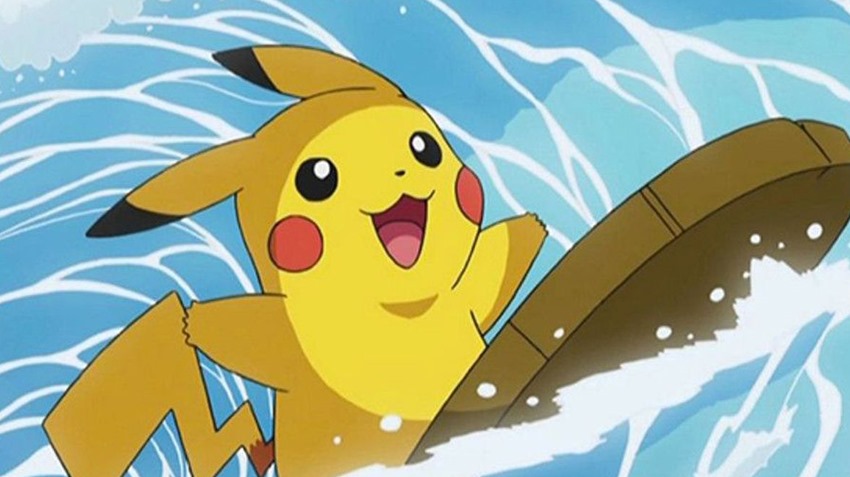 With an average game of any core Pokemon title demanding easily dozens of hours of play, seeing one of these cryptids is something that may only happen once per generation for you. If you’re lucky, you might even get to catch ‘em.