Home Entertainment The first trailer for THE MAN FROM U.N.C.L.E. works best alone!

2015 is the year of the spy. The Kingsman, Mission Impossible 5, a new James Bond and now The Man From U.N.C.L.E are all making covert espionage ops the hot new trend at the box office. But there’s something that I’m digging about The Man From U.N.C.L.E. Maybe it’s Henry Cavill being surprisingly charming as secret CIA agent Solo, while Armie Hammer plays it cool as KGB operative Kuryakin.

Maybe it’s director Guy Ritchie pulling off his signature style in a groovy 1960s setting, an era which just oozed pure style. See for yourself in the trailer below:

Set against the backdrop of the early 1960s, at the height of the Cold War, The Man from U.N.C.L.E. centers on CIA agent Solo and KGB agent Kuryakin. Forced to put aside longstanding hostilities, the two team up on a joint mission to stop a mysterious international criminal organization, which is bent on destabilizing the fragile balance of power through the proliferation of nuclear weapons and technology. The duo’s only lead is the daughter of a vanished German scientist, who is the key to infiltrating the criminal organization, and they must race against time to find him and prevent a worldwide catastrophe.

Following the massive success of the first season of The Witcher, Netflix is giving us mor… 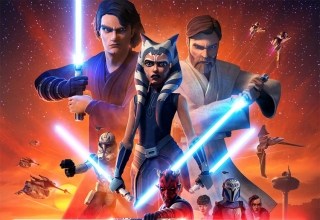 The long-awaited final season of Star Wars: The Clone Wars is almost here (well, at least for the lucky few with Disney+) and it's looking every bit as epic as we had hoped!