Home Entertainment Transforms Devastation is a Platinum game before anything else 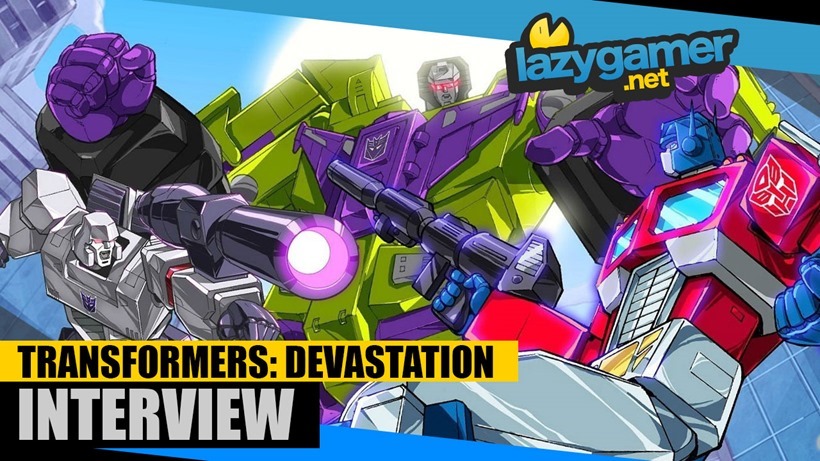 Transformers have never really been my thing. Whether it’s the old cartoons, toys or the more recent Baysplosion filled attempts, the entire franchise hasn’t exactly grabbed me. That didn’t however, stop me from having the time of my life playing Devastation at Gamescom earlier this month, and after sitting down with designer Kenji Saito I understand way.

Kenji Saito, the mind behind games like Metal Gear Rising, was joined by Transformers Devastation Producer Robert Conkey to chat with me about just how deep Platinum’s influence goes into the upcoming Autobot hack and slash. While Platinum have taken great care in sticking to some truly beloved source material, Devastation is first and foremost a Platinum game. That means big combos, high scores and tough as nails enemy encounters.

As Conkey explains, Devastation will have five different difficulty modes – with even the easiest ones assuming you have some sort of experience with hack and slash titles. While everyone can mash buttons, the higher difficulties will test your keen sense of timing – testing your perceptiveness as to when you should hit that parry button in the middle of a combo.

It’s just like any other Platinum game you’ve played really, and that makes me especially happy. I enjoyed my time with Devastation not because it was a faithful representation of Optimus Prime or Bumblebee in the golden age of the franchise. Instead, I loved it because it was mechanically engrossing, delivering some intense fighting action with some gorgeous visual to boot.

And when it launches in October, it’s exactly why I’ll probably be picking it up.