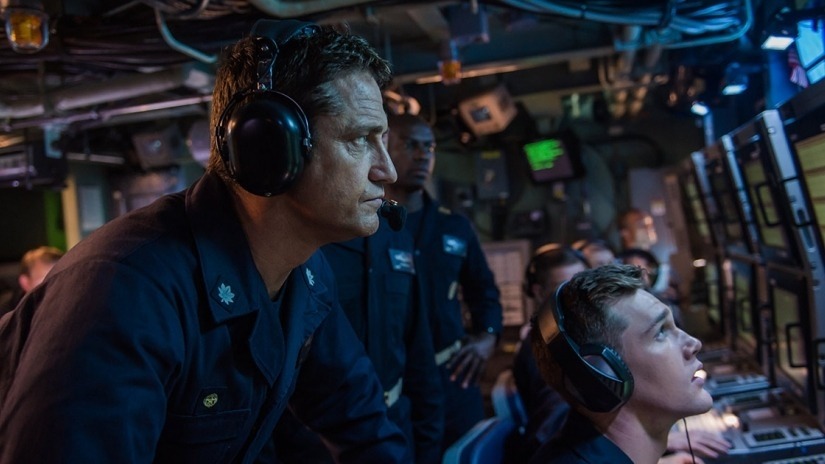 Given the current political climate and tension between two of the worlds biggest superpowers, Russia and the US, you kind of get the feeling that we could be headed for a massive world war anytime soon. At least the northern half of the globe because in the southern half we all seem to get along just fine (well, except on the Cricket and Rugby fields). There should be little reason to fear though, because while some elements might indeed be looking to stir tension between the two countries there are many more looking to stave off conflict – like the group of fine soldiers led by Gerard Butler’s Joe Glass in this new movie Hunter Killer.

The movie is directed by none other than Donovan Marsh, the South African filmmaker behind acclaimed local coming of age stories Spud and Spud 2: The Madness Continues. Hunter Killer could not be further from those lighthearted efforts though as a US mission to rescue a submarine in distress turns into a daunting operation to rescue the Russian President after he is kidnapped in a coup by a rogue general. As Butler’s US submarine captain tries to track down the sub on which the Russian President is being held, it becomes a deadly cat and mouse game to avoid all-out war.

It’s the kind of script that is perfect for a tense thriller except this is a movie starring Gerard Butler and produced by the same team behind the Olympus Has Fallen series, which means that it’s less of a tense thriller and more of an all-out action movie. This appears to be confirmed in the first trailer for the film which sees a barrage of missiles unleashed like never before:

It plays out pretty much as you would expect when it comes to Butler saving presidents. Only this time he’s underwater. And it’s the Russian president and not the US one. Which, also given today’s current political climate, would probably be the choice most would make if given the decision on who they’d want to save between the two as well… Jokes aside it does look like of fun, even if the action comes across a little over the top. Also to balance out the bravado of Butler, the film also stars the more dramatic talents of Gary Oldman, Linda Cardellini and the late Michael Nyqvist. Oh and Common too, though he firmly falls into the high testosterone category of Butler.

Hunter Killer debuts in the US on 26 October but is set for release in South Africa on November 23rd, perfectly placed for some end of year popcorn action before the bigger blockbusters roll around in December. Below is the official synopsis and poster for the film:

Deep under the Arctic Ocean, American submarine Captain Joe Glass (Gerard Butler, Olympus Has Fallen, 300) is on the hunt for a U.S. sub in distress when he discovers a secret Russian coup is in the offing, threatening to dismantle the world order. With crew and country on the line, Captain Glass must now assemble an elite group of Navy SEALs to rescue the kidnapped Russian president and sneak through enemy waters to stop WWIII. 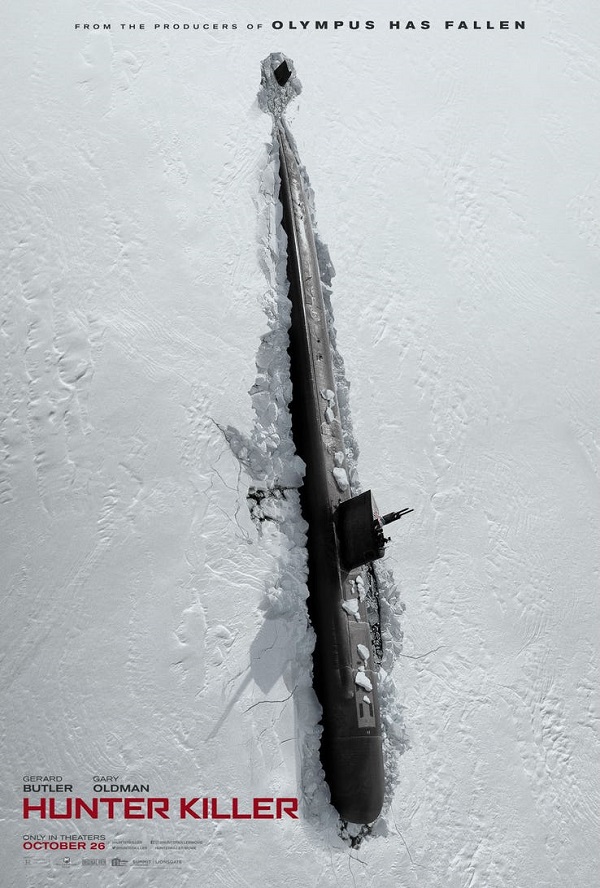