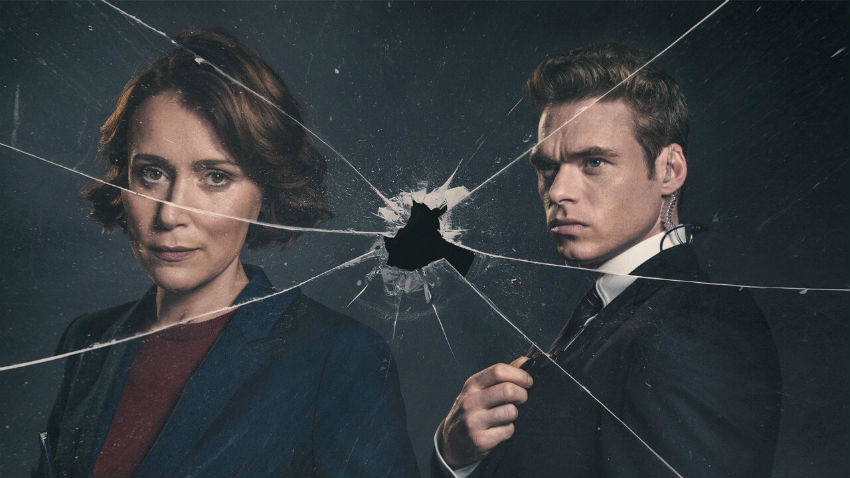 If you follow these things (and I do), then you might have seen a new rumour popping up in British tabloids over the weekend that claimed that ex-Game of Thrones star Richard Madden was next in line to take over from Daniel Craig as James Bond. This rumour was pure speculation, but if you also follow British television (again, I do), then you can actually see where this began: Bodyguard.

Debuting in late August on BBC1 and just wrapping up a few weeks ago, Bodyguard is a six-episode thriller miniseries from Jed Mercurio, the creator behind acclaimed UK crime drama Line of Duty. It pulled in huge numbers and saw Madden as “a heroic, but volatile war veteran now working as a Specialist Protection Officer for London’s Metropolitan Police Service” who gets caught up in a twisted conspiracy involving Keeley Hawes’ “ambitious Home Secretary Julia Montague”. And during the show, Madden draw acclaim for his mix of intensity, smoothness and being a badass, all the right credentials for a modern day 007.

Whether that actually happens is moot until we actually hear something official. Right now, all we know is that Bodyguard is apparently damn good and Madden shines in it. And now we also know that we get to watch the show ourselves as Netflix has picked up the international distribution rights. The streaming service announced this with an intense first trailer released last night, which you can now check out below!

Set in and around the corridors of power, Bodyguard tells the story of David Budd (Richard Madden), a heroic, but volatile war veteran now working as a Specialist Protection Officer for London’s Metropolitan Police Service. When he is assigned to protect the ambitious Home Secretary Julia Montague (Keeley Hawes), Budd finds himself torn between his duty and his beliefs. Responsible for her safety, could he become her biggest threat?

Bodyguard is scheduled to premiere on Netflix on 24 October.