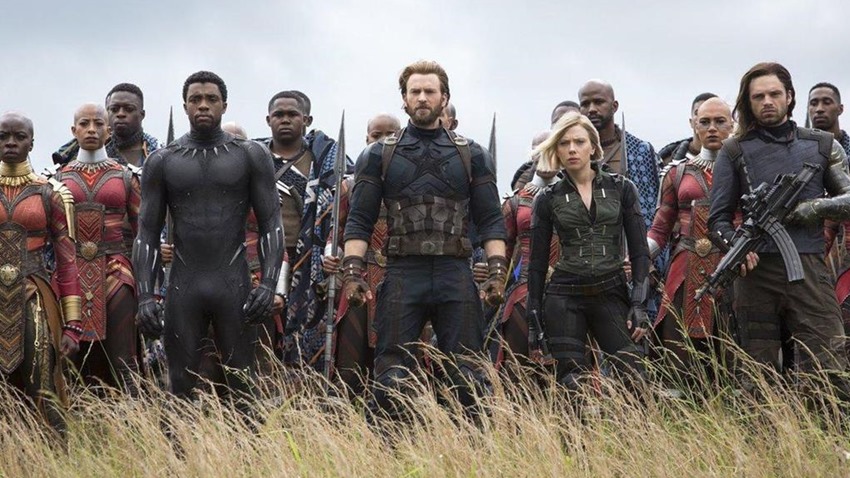 WE’RE ALL GOING TO DIE! Well, half of us at least. Thanos is coming, he has an eye on assembling all of the Infinity Stones and when he’s done he’ll have performed a balancing act that leaves most of the universe deader than Roger Corman’s Fantastic Four movie that was done purely to retain license rights back in the 1990s.

There’s a very high chance that the Infinity War won’t just claim the lives of countless Wakandan soldiers and civilians around the world in collateral damage, but also a few heroes in the process. The internet is abuzz over the idea of someone dying. As opportunistic creeps looking to make a quick buck, we’ve decided to lay down some betting odds on which hero will soon find themselves journeying to the great big comic book longbox in the sky:

No wait, that’s the obvious list. Here’s the real one: 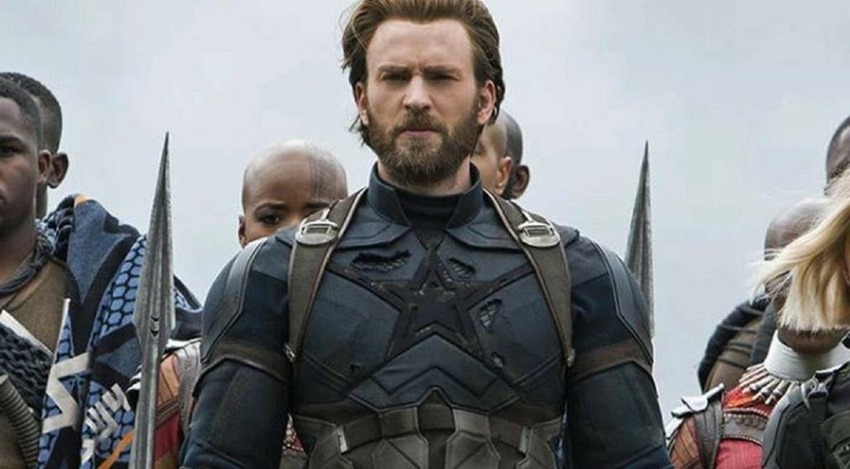 For a super-soldier who happens to be a century old, Captain America is looking quite spry. That being said, can even the sentinel of liberty stand up to the most fearsome force in the cosmos: An expiring movie deal contract? It’s no secret that actor Chris Evans has indicated that he’s done playing the role of the first Avenger, a character who has become the heart and soul of the Marvel cinematic universe over the years.

What better way to go out then than by facing the greatest bully of all time, a genocidal tyrant who seeks to dominate the universe with a cosmic weapon that could wipe out half of all life with the mere snap of his fingers? 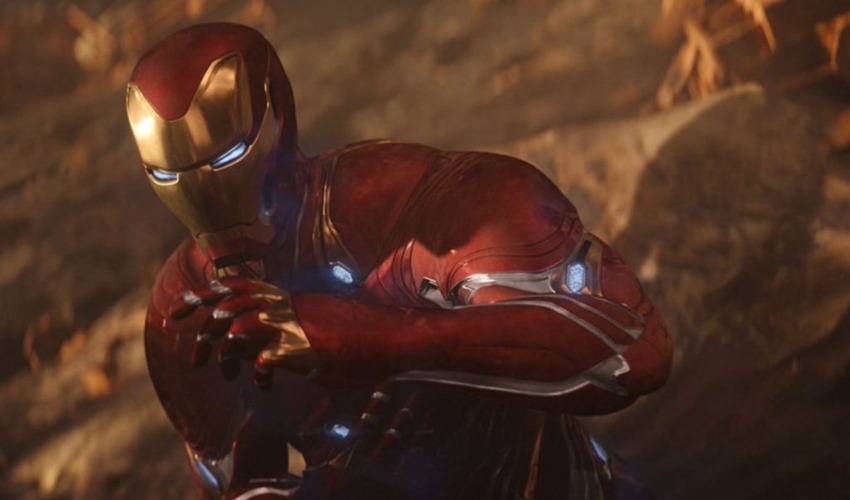 Much like Chris Evans, Robert Downey Jr. also faces the prospect of leaving a film universe that began with his quirky and quick-witted reinterpretation of a cult classic comic book character who kickstarted a new wave of cinema. The seeds have been planted, as Tony Stark’s recent escapades have left the armoured Avenger feeling isolated, fragile and unprepared for the battle to come.

Just how far will one of the brightest minds on the planet go to save it from the greatest threat that reality has ever seen? Maybe far enough to make the ultimate sacrifice, a feat that Stark almost achieved in the very first Avengers film. Full circle senses, tingling. 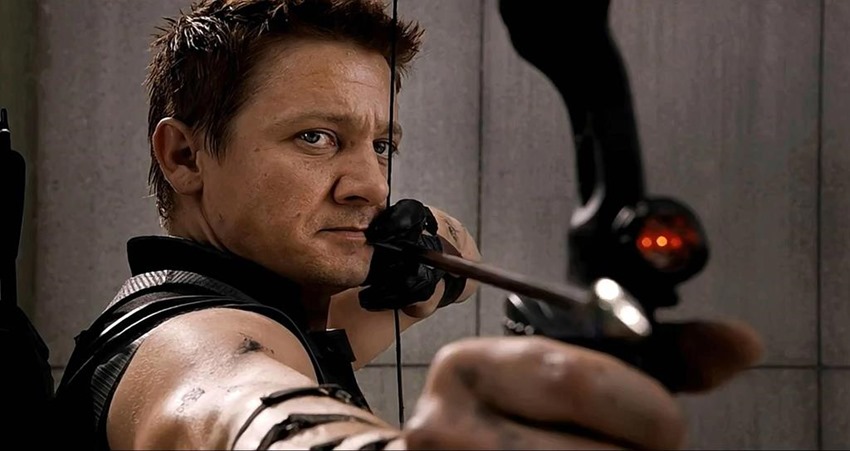 Let’s be brutally honest here: Hawkeye is just a man. While other members of the Avengers have super-soldier serum pumping through their veins and can call upon the bleeding edge in technology to help fight back, Clint Barton is just a man with a bow and some trick arrows. That’s what makes him so likable, so appealing to the cinema-goer.

He’s a blue-collar pursuer of justice, an ordinary fella with extraordinary skills and a family to go back to. Having witnessed his fair share of death so far, I’d wager my salary on Barton picking up his bow one last time for a fight that he knows he can’t possibly win, all so that he can ensure that his family lives another day. And I’m going to cry buckets when that happens.

Odds: 20 trick arrows to one Outrider.

As Kervyn said when I discussed this post for him: Don Cheadle better start looking for a new job. War Machine has had a rough time as of late in the MCU, with his health taking a massive dip after Civil War thanks to a stray bolt from Vision that left him paralysed below the waist. A soldier in a tin suit who has already died in the comics at the hands of Thanos, it would be poetic if Stark’s best friend finds himself six feet under, galvanising the rest of Earth’s mightiest mortals to get their avenging on. 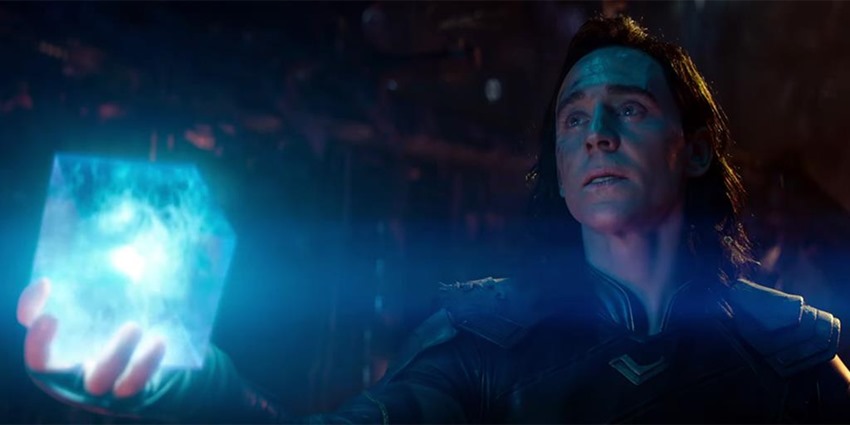 Speaking of circles, Loki has had a great one so far. The master of deception and trickery, this mischief-maker may not be able to fool his way out of a final death when Thanos comes knocking and demands to have the Tesseract returned to him. Loki’s death would be especially hard-hitting. He was the villain who united the Avengers, a wayward son seeking redemption later and a saviour of Asgard during its darkest hour.

Maybe now is the time, for Loki to earn his way to Valhalla with a hero’s death. 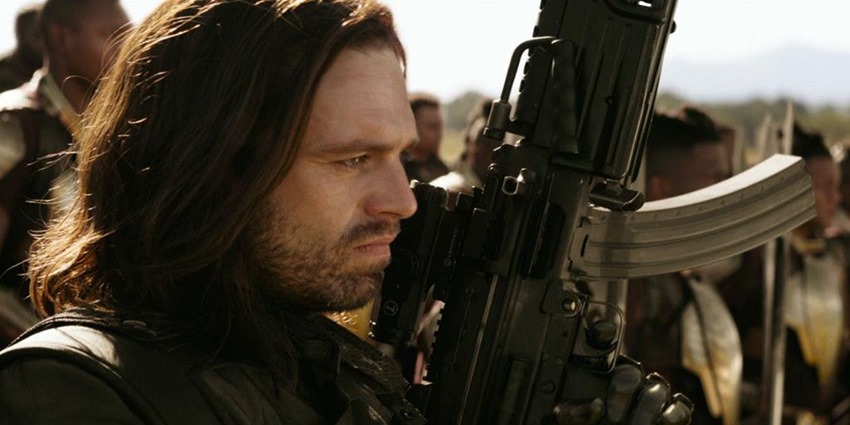 It’s a running theme here in the MCU, but redemption doesn’t seem to be in short supply when it comes to villains becoming allies. Sure, Bucky Barnes may have been Captain America’s greatest comrade in World War Two, but an ill-fated train ride saw the trooper thrown to his doom and eventually recovered as a guinea pig for HYDRA’s reborn super-soldier program.

Captain America’s most personal nemesis, Bucky would eventually find salvation in Wakanda. A reborn Winter Soldier fighting a final battle to save his best friend, brother in arms and the only living family he has left in the world? I’d place money on that. 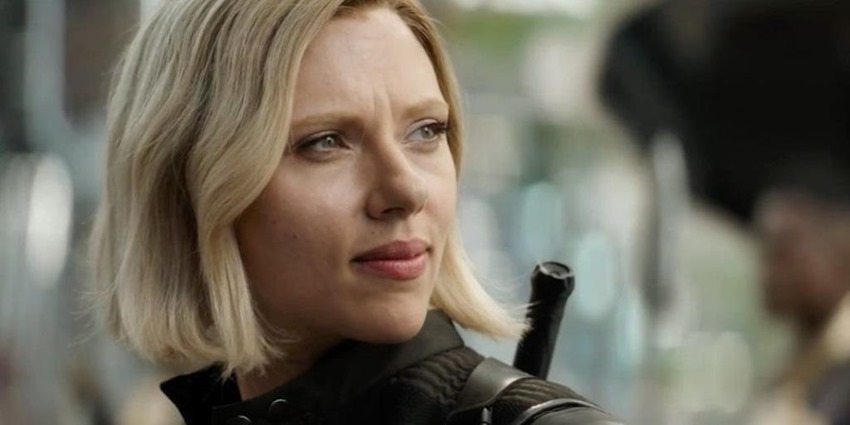 While it’s not unlikely, I’d still be massively surprised if Natasha Romanov takes a cosmic bullet to the face. She may be one of the most lethal humans alive and a hero to many, but Russia’s premiere superspy was an assassin first and expert in espionage before she was given a second chance at life while working for SHIELD.

Even with covert jobs that required her unique skill-set, the Black Widow is still more than ready to risk life and limb for the greater good. Maybe this time, that risky gambit won’t pay off.

Odds: 75 head-scissors off the top rope to one unlucky henchman. 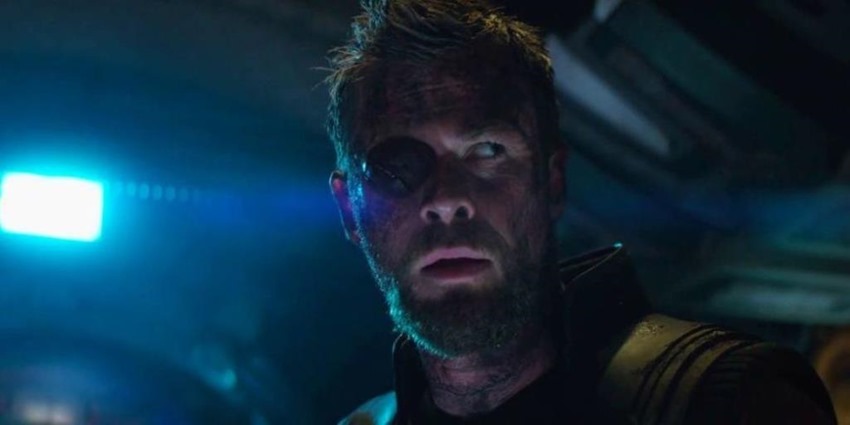 Asgard may no longer be a realm, but it is still a nation of refugees with a monarch at the helm. Even with Thanos bearing down on Thor and his people, I’m remaining bullish that the Thunder God will escape the embrace of death and live to fight another day as one of the original founding members of the Avengers.

Someone needs to remain worthy of living to tell the tale of the Infinity War, long after the Avengers have passed. Who better, than an immortal deity?

Odds: 100 Mjolnirs to the face of one Ice Giant. 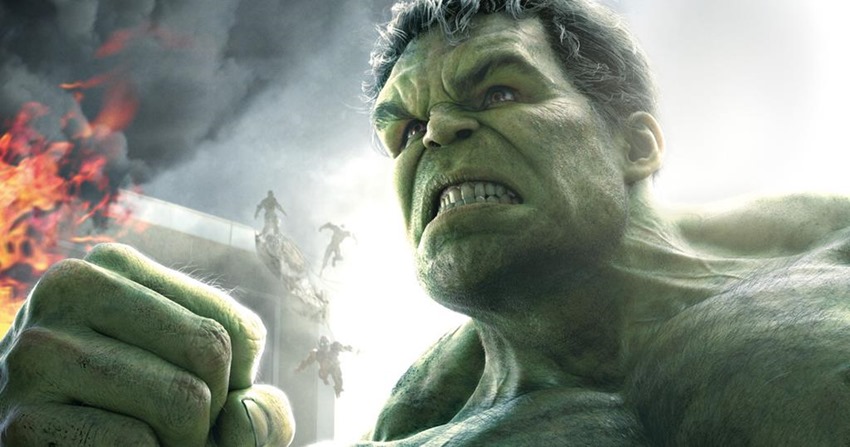 Can even the full might of the Infinity Gauntlet stop a gigantic green rage-fuelled steroid monster? Possibly, although I’d bet that even Thanos would soon learn that the Hulk considers all gods to be puny in his jade eyes. That’s ne anger management weapon of mass destruction, that will probably survive to see the light of another day. 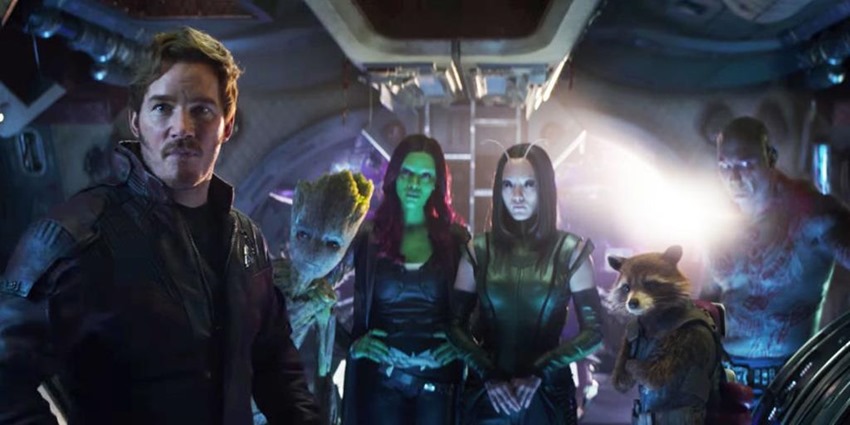 Look, somebody needs to save the universe while making hilariously-derailing one-liners! With a third film on the way, the Guardians of the Galaxy look to be safe from any unfortunate death, although as Kervyn points out it could be Nebula who gets bumped off. She has the Thanos links, Guardians of the Galaxy Vol. 2 saw her relationship with Gamora developed and she has the potential to be the best sister ever in an act of self-heroism.

I’m still remaining sceptical on that happening however. 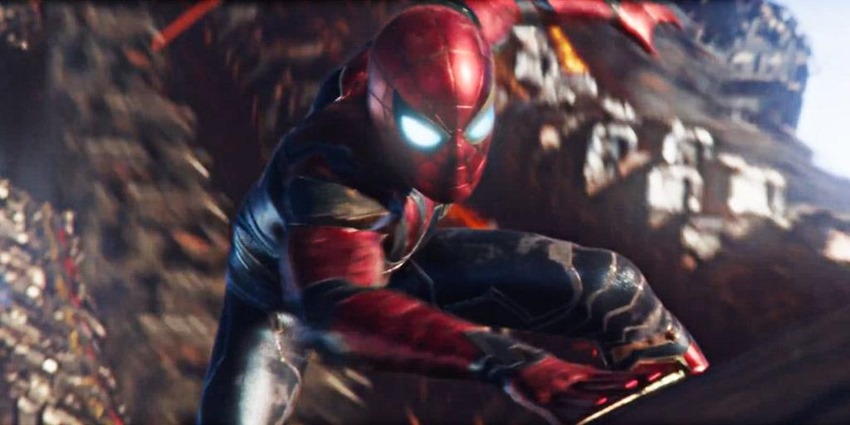 If Spider-Man dies, I’ll eat a can of whipped web-fluid solution.  There’s no way that Sony would allow their more lucrative and well-received webhead to get Infinity Gauntlet-slapped into the side of the Moon when Thanos rocks up. Dammit, we’ve got a Spider-Verse franchise to think of! 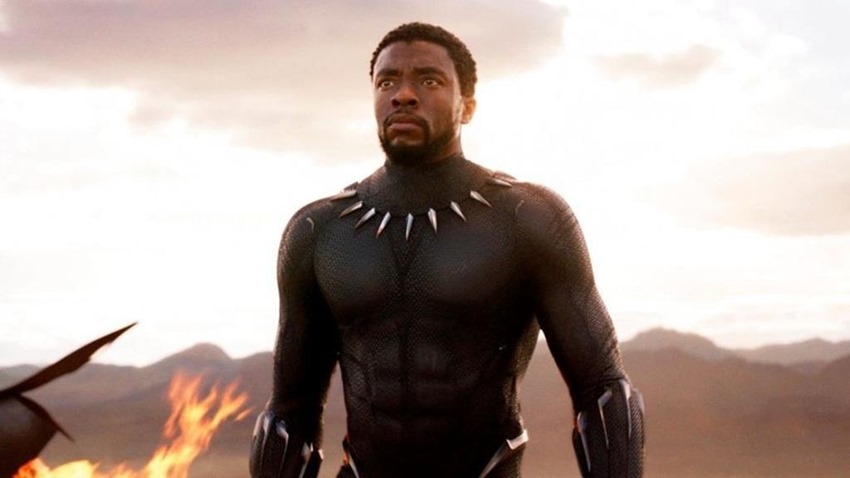 Bruv are you mad? The breakout star of Marvel’s third phase, meeting his demise after a mere pair of appearances so far? You’d have an easier time trying to talk your way into Wakanda. Black Panther forever.

Odds: I’m not going to even bother writing something here.