In wrasslin’, there are two kinds of performers in the ring: The honour-bound superstars who fight for gold and glory while upholding a more virtuous style of wrestling, and then there are those superstars who prefer to bend the rules whenever an opportunity presents itself. Playing dirty may not be a novel idea in the WWE, but there was only one man who elevated cheap tricks and even cheaper shots to an art form: Ric Flair.

The 16-time world champion, the dirtiest player in the game and the man known as the Nature Boy who was always stylin’ and profilin’ when he was in the ring. Or to sum up his career in one word: WOOOOOO! With WWE 2K19 out later this year, 2K Games is celebrating the life and times of the WWE Hall of Famer with a special edition of the game that looks simply stunning. Check it out below: 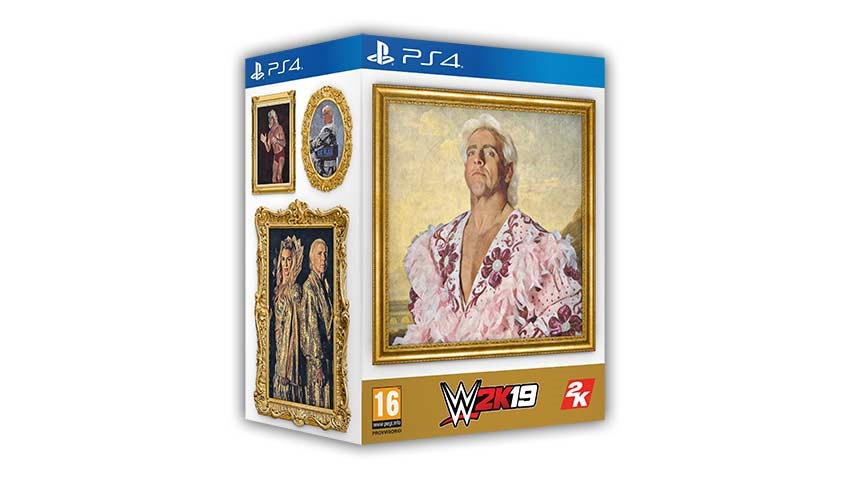 And here’s what you get inside of it! 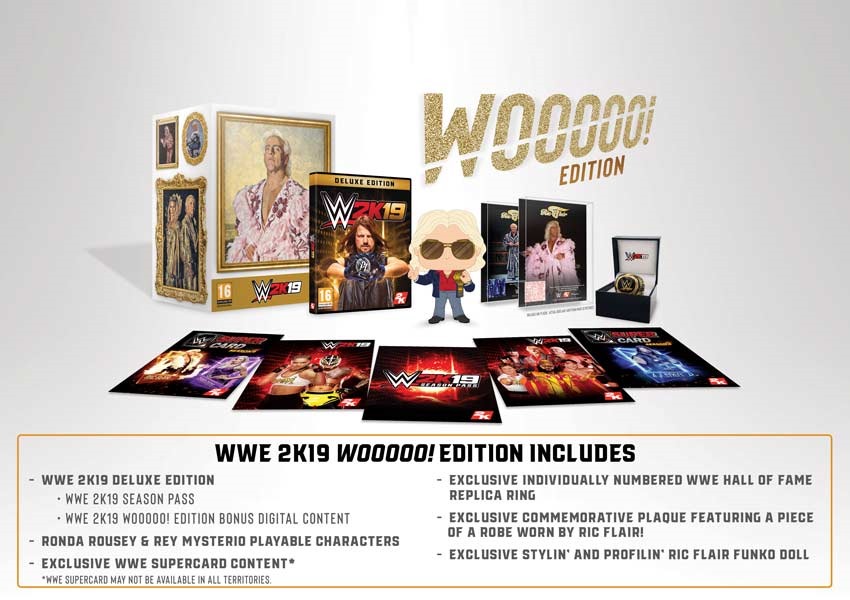 Sweet Gorrilla Monsoon, that’s something. To be fair, outside of the Hall of Fame replica ring I don’t actually care for anything else that the box has to offer. That box art though? That’s regal stuff. Magnificent, splendiferous even and it makes me want to spend my entire savings on the most ostentatious bathrobe I can find. Which I’ll then wear when I deliver a cheap nutshot to Al as he walks into the office.

“Why D, whhhhhyyy,” he’ll say as I strut around the place and sabotage main event matches. Anyway, WWE 2K19 arrives on October 9 for PS4, Xbox One and PC. Anyone buying the special editions gets to climb into the ring a few days earlier on October 5.