WWE Monday Night RAW took place from the Quicken Loans Arena in Cleveland, Ohio. Here’s all the action that went down last night. 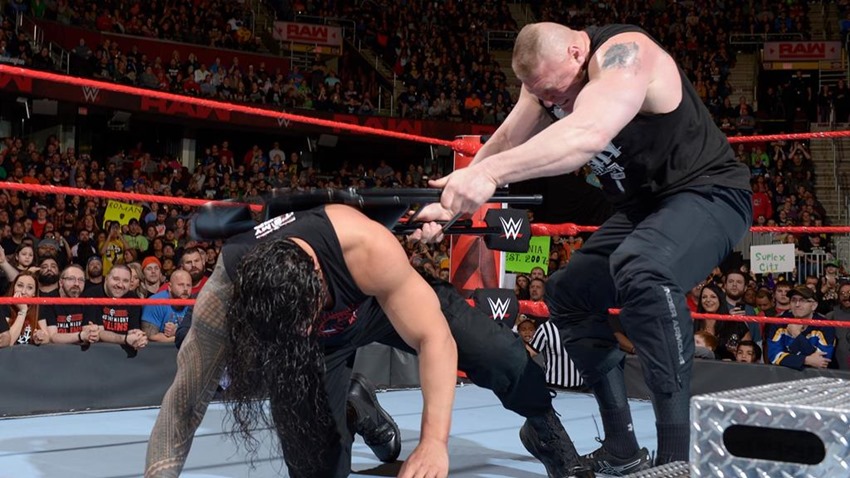 After getting more than he bargained for when WWE Universal Champion Brock Lesnar finally returned to RAW, Roman Reigns had a score to settle with the Conqueror. With a steel chair in hand and descending through the crowd, Reigns attempted to gain some measure of revenge for last week’s beatdown. The Beast Incarnate still proved to be too much for him however, snatching the chair away and pummelling away on Reigns, leaving the challenger broken with an emphatic F5 on top of the steels steps. 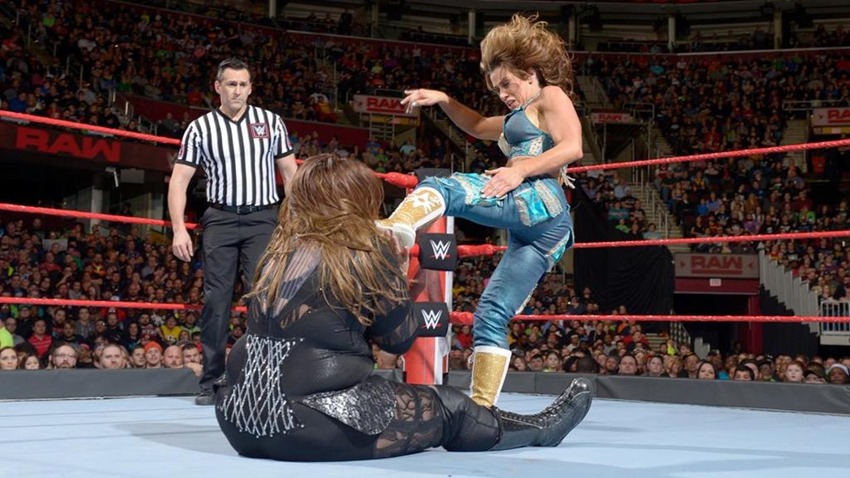 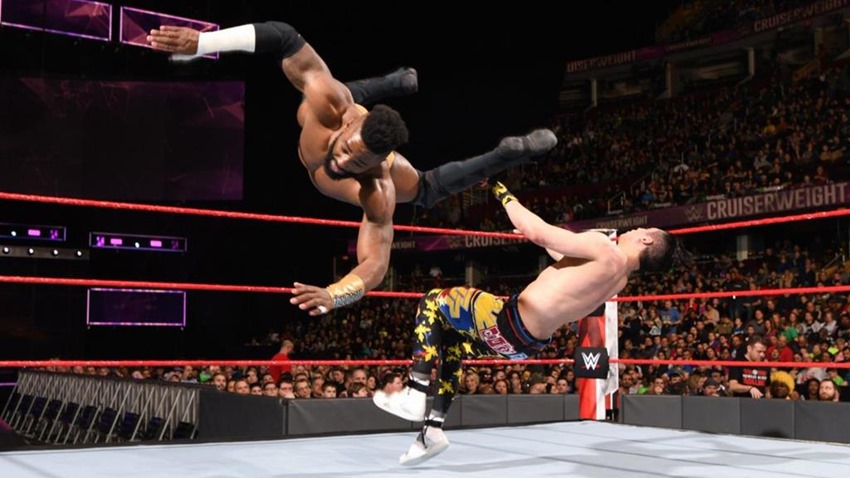 Intercontinental Champion The Miz confronted The Miztourage on “Miz TV” 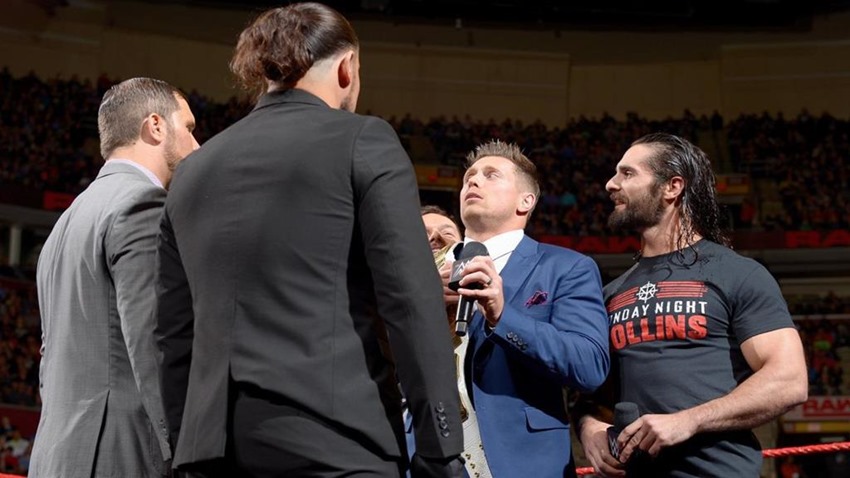 You think The Miz is the only champ who nows how to play mind games? Finn Balor and Seth Rollins managed to turn the tables on the Intercontinental champ last night, aggravating Miztourage members Bo Dallas and Curtis Axel to join forces with them…or so it seemed. The Miztourage had played a clever ruse on Balor and Rollins, ganging up on the duo. Karl Anderson and Luke Gallows rushed in to save the day, the brouhaha eventually ending with Balor standing tall. 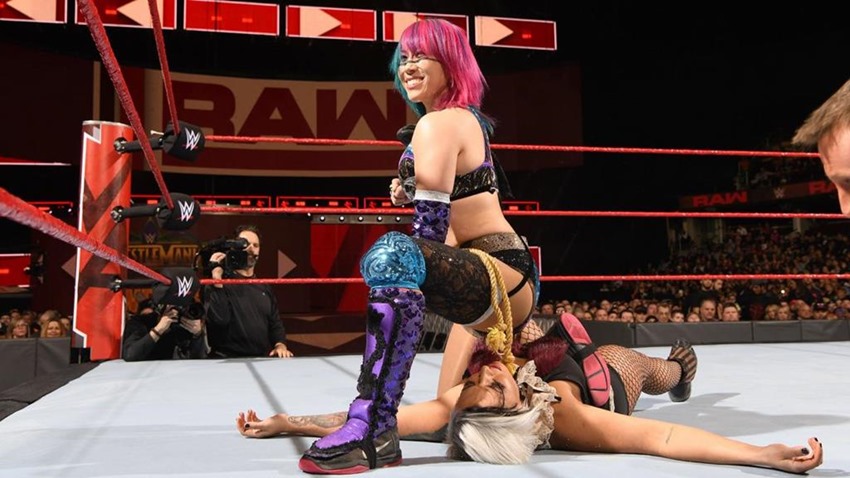 The entire WWE woman’s division has been unprepared for Asuka. So too, was a local talent who gave the Empress of Tomorrow a solid warm-up ahead of Wrestlemania. 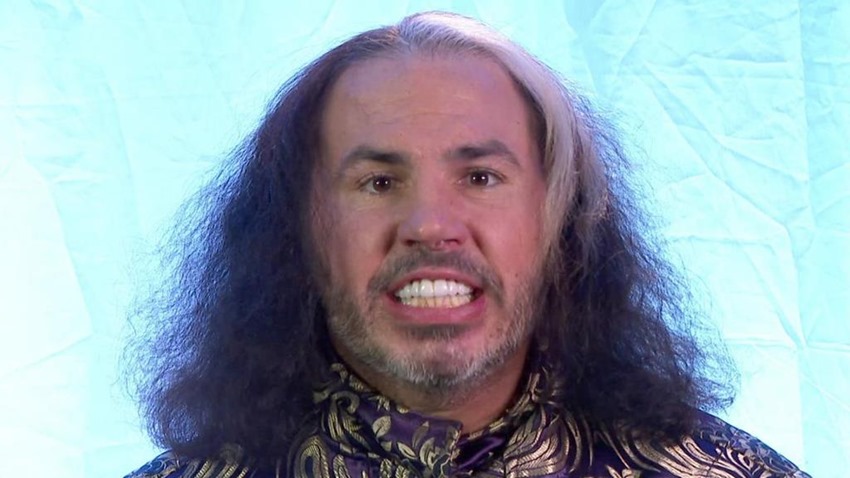 Yeeeeesssssssss! With Bray Wyatt having been deleted, Woken Matt Hardy revealed that he would employ his deletion skills at Wrestlemania in the annual Andre the Giant Memorial Battle Royal. 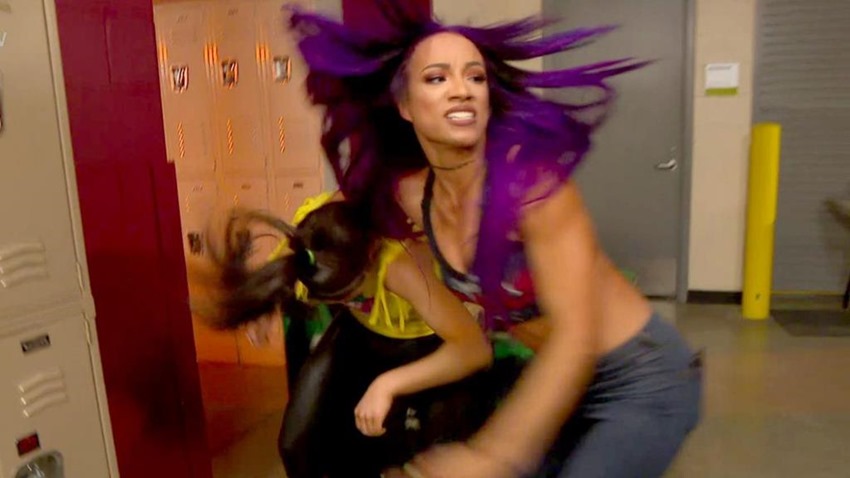 No one cares about this story. 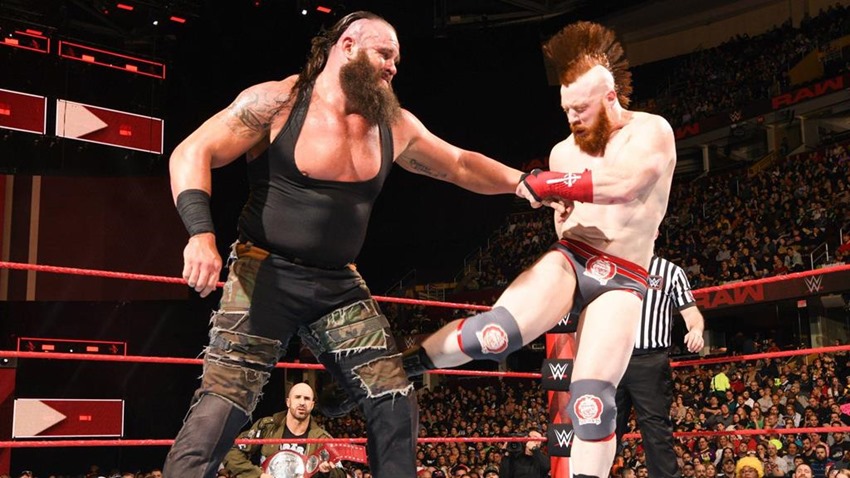 Still no Wrestlemania partner revealed for Sheamus, but the Gift of Destruction ran rampant again over the bar. 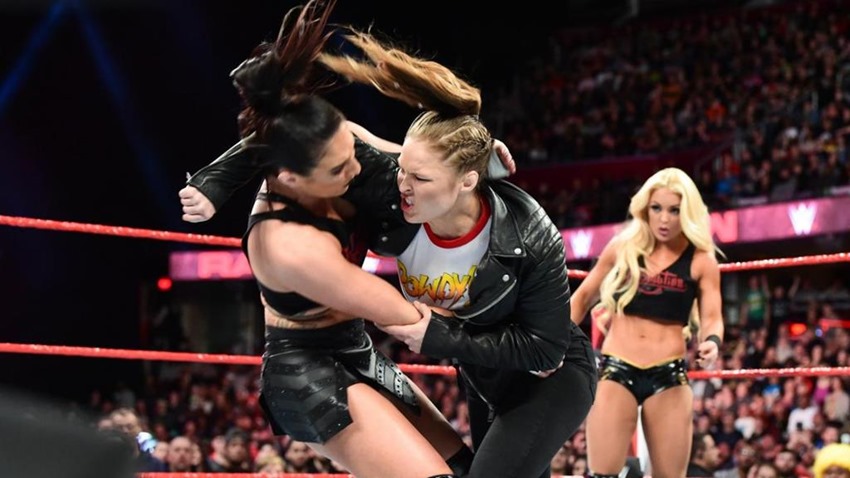 Can Ronda Rousey and RAW General Manger set aside their egos at Wrestlemania to triumph over the combined might of Triple H and Stephanie McMahon? If last night was any indicator, Angle may need to be the voice of reason in that partnership as Rousey demolished Paige’s minions in Absolution. Mandy Rose and Sonya Deville all felt the wrath of Rousey, as she employed some ruthless aggression to clear the ring. 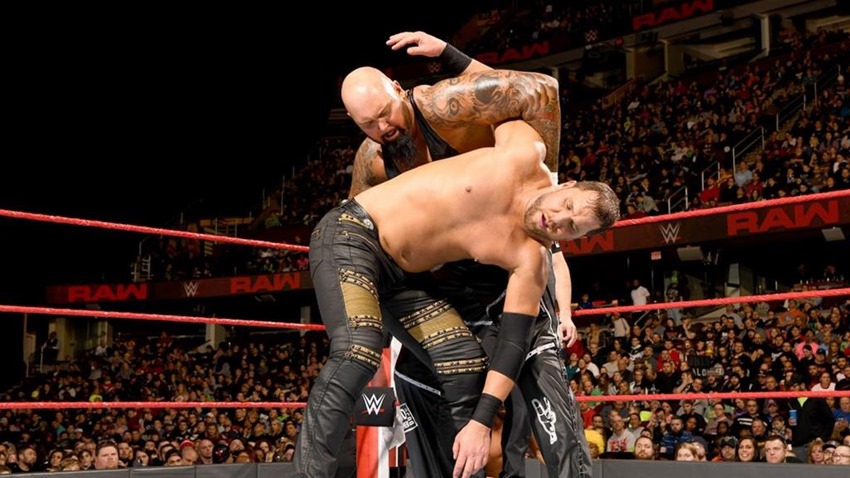 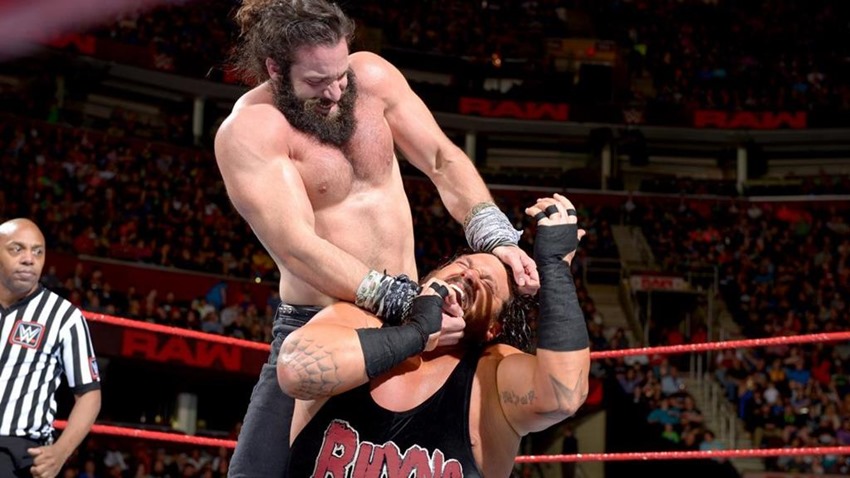 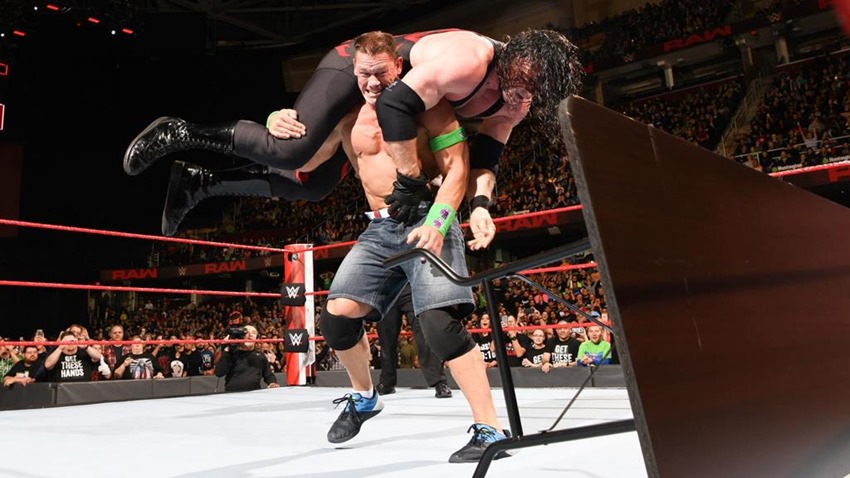 Will this year’s Wrestlemania see zero deadman activity in it for the first time in many a year? By all accounts it seems so, as John Cena’s attempts to draw the phenom out of retirement have only resulted Kane answering the call for a devilish duel. In a match the defend the honor of his brother, Kane took on Cena with the rulebook thrown out of the window.

A hellacious match to say the least, Cena decided to antagonise the Undertaker even further by using his own movesets and mannerisms in the match. Eventually triumphing and landing an Attitude Adjustment through a table on the devil’s favourite demon, Cena riled the crowd up with “do something” chants as he still demanded to see the Undertaker. “I hope for the sake of all that is good inside this ring I see you next week,” Cena said as he left the ring, copying Taker’s throat-slice motion. 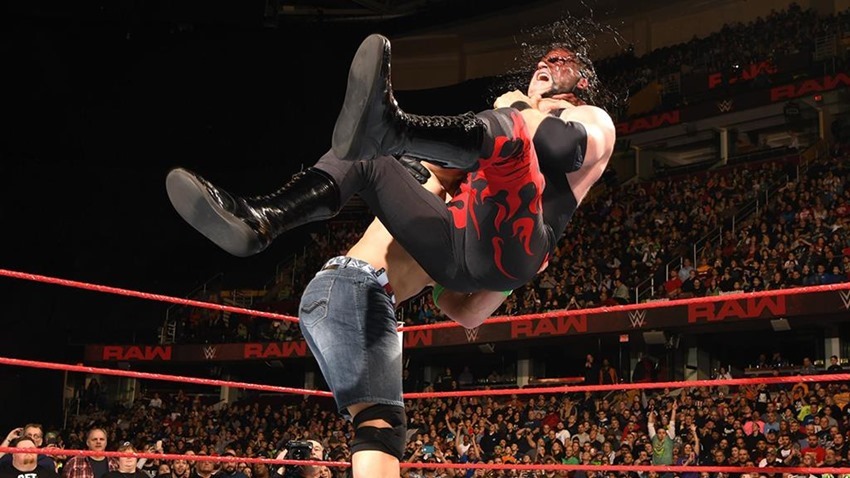