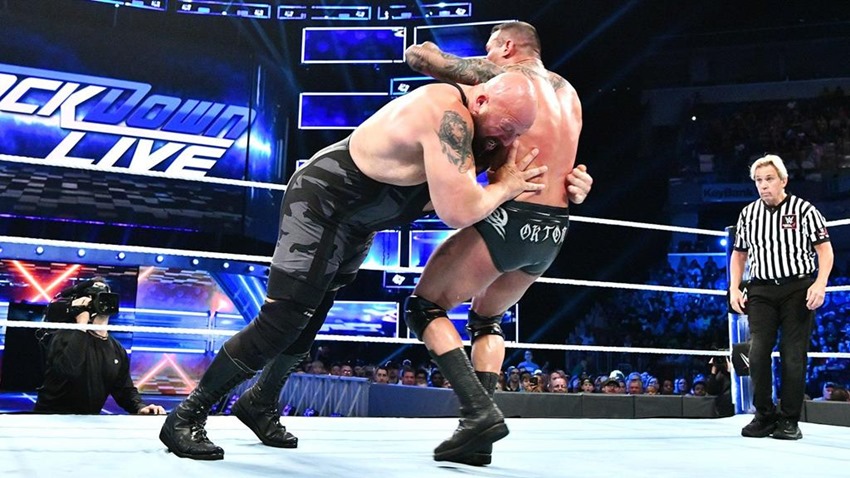 WWE Smackdown LIVE took place from the Bankers Life Fieldhouse in Indianapolis, Indiana. Here’s all the action that went down last night.

Becky Lynch may have survived Super Showdown by playing the ol’ disqualification trick that favours the champion, but the lass kicker found herself between a rock and a hard place last night in a rematch with Charlotte Flair. This time, if Lynch chose to go for the DQ route she’d find herself stripped of her title.

Lynch was more than ready to scrap last night, as her feud with Charlotte went above and beyond the ring, with the two superstars eventually running out the clock on the ten-count of the referee and finding the match called off as their brawl continued up the entrance ramp.

Only four WWE Smackdown LIVE superstars can qualify for the WWE World Cup, and last night one of the spots went to a re-invigorated Jeff Hardy. Taking on Samoa Joe, Hardy saw a weakness in the giant and focused all of his effort on the knee of the challenger who barely survived his encounter with AJ Styles at Super Showdown.

Clearly hurting, the ref called off the bout and awarded Hardy the win.

Daniel Bryan may have earned a quick victory against The Miz at Super Showdown, but his next opponent won’t be the A-Lister again. Instead, it’ll be the phenomenal champion AJ Styles, who he’ll face for the WWE championship at Crown Jewel in Saudi Arabia. As usual, The Miz tried to set both men up against one another, but both men came to the ring with intensity and mutual respect for one another.

Giving Daniel Bryan a showcase of what to expect when they clash in a few weeks, AJ Styles put on a showstopper performance that ended with Shelton Benjamin eating a Phenomenal Forearm and going down for the count.

Aiden English presented the rest of “One Night in Milwaukee”

Who’s joining Jeff Hardy in the WWE World Cup? None other than the Viper, who had a giant hurdle to overcome in the form of the Big Show. The World’s Largest Athlete was back in action and as dominant as ever, but Orton fought through the titan’s offense and used a few tricks of his own to secure victory. A thumb to the eye when the ref wasn’t looking and an RKO later, and Orton had punched his ticket to the WWE World Cup.