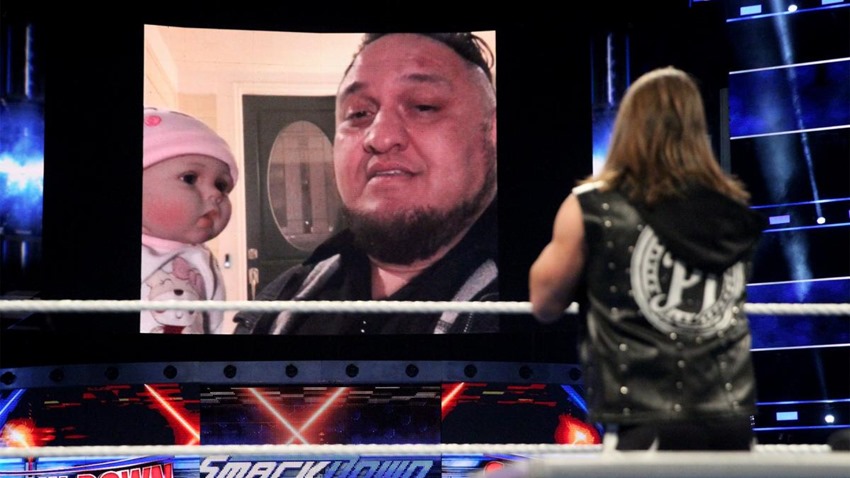 WWE Smackdown LIVE took place from the Pepsi Center in Denver, Colorado. Here’s all the action that went down last night.

The Miz crashed “Truth TV” while Daniel Bryan was being interviewed

Everybody has a talk show these days! Smackdown LIVE kicked off with WWE veteran R-Truth and his Mixed Match Challenge partner Carmella hosting their own show in the ring, with Daniel Bryan as the guest star. Some solid questions, some zany dance antics and an interruption from The Miz capped off the segment when general manager Paige greenlit a match between the two.

Which The Miz won of course. Thanks to some dirty play when the ref’s back was turned, The Miz locked in the Skull-Crushing Finale as Daniel Bryan watched on, adding a little extra salt into the wounds of R-Truth by dropping Bryan’s signature Running Knee finisher onto the defeated rapper.

Two more weeks until WWE Super Showdown in Australia, and the tag team division gave the audience in attendance a taste of things to come when reigning champs The New Day pitted their biggest man against the impressive might of Sheamus from The Bar. The Celtic Warrior came out on top, weathering a storm of abuse and connecting with a Brogue Kick to secure a victory.

Looking to send a message to the Iiconics ahead of Super Showdown, the new tag team of Asuka and Naomi put in an impressive show against Mandy Rose and Sonya Deville, with the team perfectly matching kicks to Deville’s head and picking up some momentum to pour into their fuel tank.

Looks like the Apex Predator has his eyes on some new prey, as the Perfect Ten’s spirited bout against the King of Strong Style was interrupted by Randy Orton. Driven into the mat with a deadly DDT, Dillinger’s night only got worse when Nakamura decided to send him flying into the ring LED board with a devastating Kinshasa.

Stuck between a rock and a hard place thanks to recent events, Lana’s lack of in-ring skill saw her easily demolished by the current Smackdown LIVE Women’s champion.

At WWE Super Showdown, Samoa Joe and AJ Styles will face off in a match with only one rule: Anything goes, as a winner must be chosen that night. The WWE Champion was more than ready to sign the contract, but where was Joe? Not at Smackdown LIVE, but instead the challenger had decided to pay a visit to the Styles household, leaving the cham p to furiously stew in the ring as the lights went off for the night.