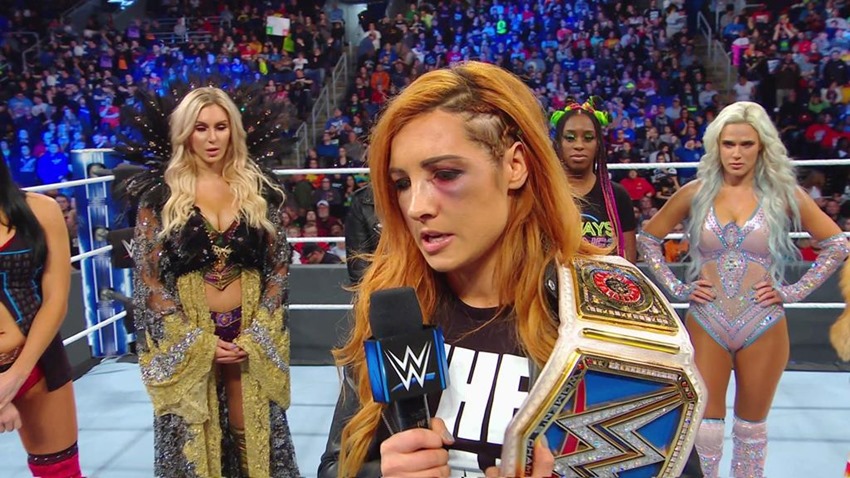 They just can’t keep their hands off each other, and I’m not talking romance here. WWE Champion AJ Styles found himself debating with Brock Lesnar’s advocate Paul Heyman last night, with the beast’s mouthpiece proclaiming that the WWE Universal champion was looking forward to facing the second-best man that Smackdown LIVE had to offer.

The best according to Heyman and Lesnar? None other than Daniel Bryan. AJ Styles disagreed, seeing as how he had managed to make the Yes! man tap out a few weeks prior, which of course resulted in Bryan hitting the scene…and Styles, as a brouhaha broke out. The only solution? Another match between the two, with the WWE Championship on the line once again.

The Charismatic Enigma picked up not only a win, but also a slot in the Smackdown LIVE Surivor Series team, as Daniel Bryan’s match against AJ Styles later in the night saw him relinquish his own spot and co-captaincy of the team. Impressed with Hardy’s performance, The Miz singled him out as the perfect replacement for the bearded wonder.

Rey Mysterio def. The Miz to remain on Team SmackDown at Survivor Series

While Jeff Hardy may have earned the favour of The Miz, Rey Mysterio had to face the A-lister to prove that he still deserved to be in Survivor Series team. That he did, as Mysterio caught The Miz in a roll-up pin to earn a win which was quickly interrupted by the appearance of the Viper. Mysterio ducked an RKO outta nowhere, but The Miz was less lucky as he felt the full brunt of Randy Orton’s infamous finisher.

After biting off more than she could chew on Monday Night RAW, Smackdown LIVE Women’s champion Becky Lynch returned to the show with a severe concussion and a broken face. The WWE doctors refusing to clear her for action against Ronda Rousey at Survivor Series, somebody would have to take the place of Lynch and face the baddest woman on the planet.

That person? None other than Charlotte Flair herself, as Lynch entrusted her most bitter rival with finishing the job that she had started.

The Bar and Big Show def. The New Day

The New Day may have had all the momentum in the world, but their performance last night was halted by the unstoppable force known as the Big Show’s fist. One KO punch to Kofi Kingston, and the infamous lovers of flapjacks were hit with another loss before Survivor Series.

AJ Styles wanted a piece of Daniel Bryan, and he certainly got what he asked for. Styles also lost something in the process, as the match saw his vaunted championship reign finally stopped in its tracks by some underhanded tactics from the underdog. Accidentally striking the match official with the Phenomenal Forearm, Styles turned around and walked into the lowest of blows and a running knee, which saw Bryan capitalise and take full advantage of the moment to pin the champ.

One, two and three…Daniel Bryan is the new WWE Champion.