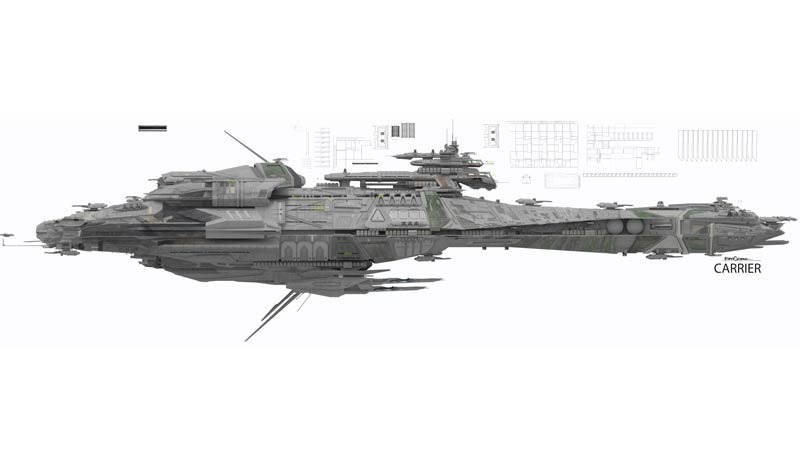 Will Star Citizen ever be released? It’s the current gaming industry Moby Dick, a massive whale that drives many a backer to go mad with tantalising glimpses at the game to be that was paid for in part with over $75 million from their wallets. One day, it’ll release, but until then, the game is just going to keep on growing. How big is it right now then? Big enough that I can now vaguely segue my Moby Dick reference and use the word Gigabooty to describe the size of this project.

Over on Reddit, one fan revealed forty gigabooties of data that was downloaded after a community manager accidentally released part of a URL that linked to CryEngine assets in the game. That fan managed to guess the rest of the URL, and proceeded to download a ton of booty before Cloud Imperium Games paid attention. I’m not even mad though, that’s genuinely impressive, especially when said fan released the following video:

If you can’t see the video above, then at least part of it shows off the Bengal Carrier Ship. A ship so massive, that multiple people are needed to manoeuvre it in real-time. Don’t expect to drop cash on this baby however. You’ll have to search far and wide for a Bengal carrier, as Community Manager Ben Lesnick still explained:

You don’t have to be outside the law to get the stock Bengals, though. The idea is that we’ve seeded a couple of them out there in the universe, rendered derelict by a Vanduul (or other) attack. Players can go out there, find them and fix them up. It’s basically a conceit to get around the idea that the UEE would never actually let someone have such a ship.

The assets are a mash-up of course, so they don’t show the game off to it’s full crowdfunded potential. Still, it’s a nice peak at something related to Star Citizen. Especially something that’s bigger than my bedroom lies.