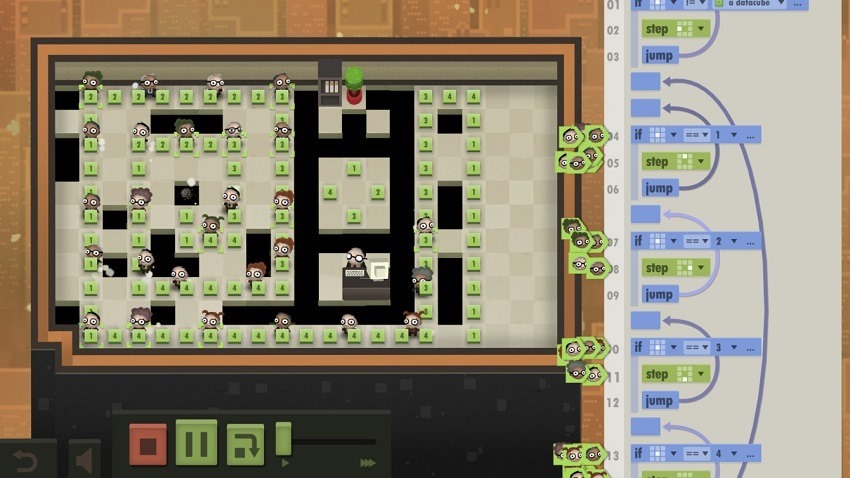 The Tomorrow Corporation might have a signature style when it comes to their games, but it doesn’t mean any of their projects are remotely similar. If you look at the differences between World of Goo, a physics-based puzzler, and Human Resource Machine, a more programming focused one, you’ll only find puzzles as a common central theme. 7 Billion Humans is a break from that formula in a way. It’s a follow-up of sorts of Human Resource Machine, taking the idea of programming-based puzzles and extrapolating on it in some interesting ways.

Human Resource Machine was fundamentally based around Assembly code, and as such conformed to some of its weird rules. 7 Billion Humans doesn’t make that small concession, instead using an entirely made up language that can be used directly with the puzzles it creates. This can give the Tomorrow Corporation a little more freedom in its design supposedly, which shows in the overall breadth of it. 7 Billion Humans will offer three times as many puzzles as Human Resource Machine, with the overall number coming out at around 60.

Another big shift is the scope. In Human Resource Machine only one employee could execute commands, while this new project will have you controlling multiple employees at any given time to do a range of tasks in unison. It looks completely ridiculous and chaotic in the gameplay below, but also intriguing. There’s a sense of flow to well-programmed solutions that is just intoxicatingly addictive, and having quirky, direct feedback to a puzzle solution like this just looks like my cup of tea.

If you’ve loved Tomorrow Corporation’s games, then 7 Billion Humans should likely excite you in the same way. Better still is that you won’t need to wait that long to play either. It launches on Steam next week Thursday. 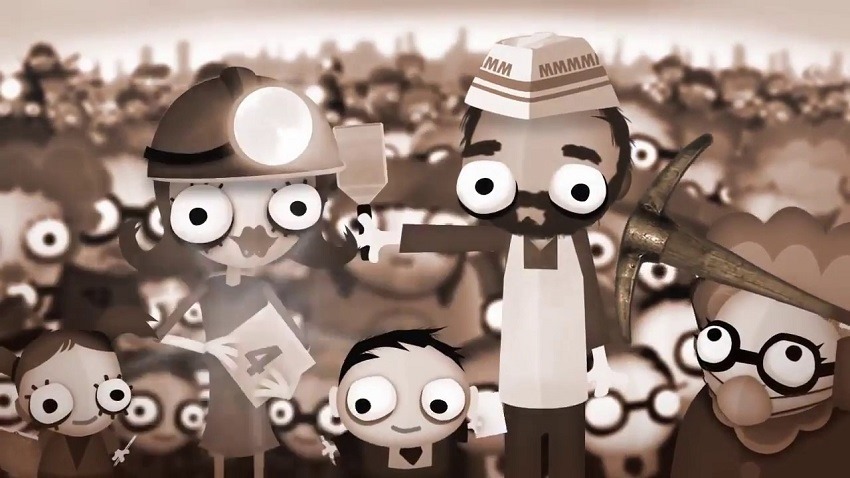