Home Gaming A bevy of Shadow of Mordor videos unleashed 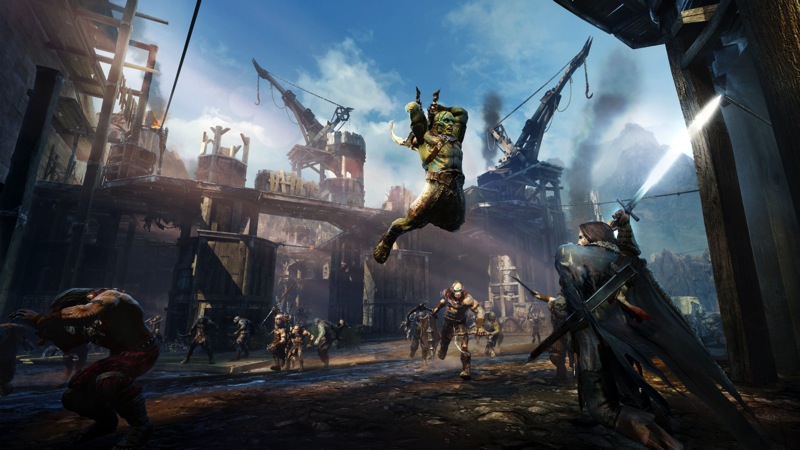 Shadow of Mordor is being released soon. It’s one of my most anticipated RPGs for the year and I can’t wait to get my hands on it to see if it lives up to expectations. In the last few days they released a whole bunch of videos to show off the game and how it was made.

First up, we have the official TV commercial:

Next up is a behind the scenes series to show how the game was made. In the first part, it explores all the general things about making a AAA title based on Tolkien’s lore. It highlights how the gameplay is different each time and even the creators of the game are seeing new things each time they play through the game.

The second video looks at the various challenges to the different disciplines – it’s not just about making the game pretty, but also about the AI, animation and optimization. The focus has been on making the game not just innovative, but fully immersive for players on new generation hardware.

The third video focuses solely on the Nemesis System, one of the most impressive parts of the game. The enemies were approached in a similar way to the open world – it’s all about freedom with your actions having a specific impact on the game. It certainly is innovative; it’s what makes Shadow of Mordor a must play for me.

Video four looks at the E3 experience for the team. It also proves that WB doesn’t love me as much as Ubisoft – I’m not in this video playing the game. However, one of the speakers talked about people who planned on playing for 15 minutes and ended up playing for an hour or more. That was definitely me.

Getting Close is the title of the fifth video all about crunch time for the team. It’s all about the testing to check progression and bugs and ensure the game is as top of the line as possible.

Episode six is a love letter to the fans and the soon-to-be fans. It’s all just to highlight that the game is highly anticipated, and it makes the developers so happy to see the fan reactions.

With the game only a few weeks away from launch, here’s hoping that all the bugs are gone, the open-world is actually open and living and breathing, and the nemesis system is as impressive as it seemed. I have high hopes for the game; I just hope that doesn’t mean that my expectations have been set too high for them to deliver.