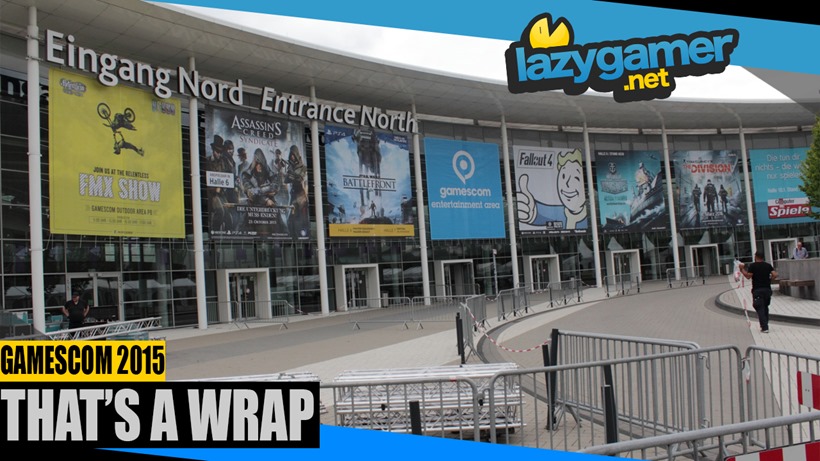 I’m sure by now, you’re all sick and tired of hearing about Gamescom 2015. Don’t worry, I am too! This, friends, will be the last bit of coverage of the expo. We can all go back to our normal lives, or at least, I can… finally. Prepare yourselves to see the awesome German gaming expo in its entirety in less than three minutes!

Ok I may have been lying. All the footage you saw in the video above comprised maybe… 15-20% of the entire event. There are far too many halls, filled with millions of things to see and do. Finding the time to record it all was pretty much impossible. Still, I’m hoping what I have captured gives at least some sort of sense of the scale and intensity of Gamescom.

Want to know something scary? Most of this footage was recorded during the week, when things were still ‘quiet’. The real madness kicked off on the weekend, where the number of expo visitors intensified exponentially! At that point, Al and I had all but fled the beautiful town of Cologne.

Honestly, the only way I can convey how big Gamescom truly is, is to liken it to our very own rAge expo. Picture that giant domed building, filled with thousands of South African gamers. Now multiply it by around ten or so. That’s more or less how big the Koelnmesse is. MADNESS I SAY!

I don’t think anybody realises how exhausting the whole experience is. I would do it again in a heartbeat though, no questions asked. Here’s hoping Lazygamer get to go again next year!