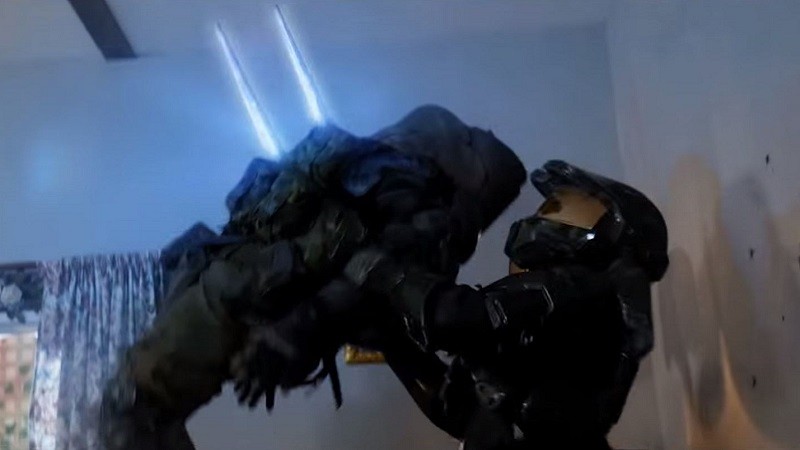 We live in a world where millions of questions go unanswered. Are there really aliens out there? Is global warming really going to melt all the ice and result in the end of humankind via freak flooding? Is Darryn really married to that Tekno-Meisie? We may never know. The biggest question on everybody’s minds though, and I know this because SCIENCE, is this; what is better… Call of Duty or Halo?

We could sit here for years, speculating on which title truly has the advantage. Halo has been around longer, and thus, has more experience. Call of Duty on the other hand, is adept at spitting out a new title annually, giving it the advantage of er… numbers? Forget whatever reasoning you yourself may have, because RackaRacka, the YouTube team that bought us the answer to who would win between Marvel and DC, has the answer you and I so desperately desire.

He took Master Chief, Halo’s almighty protagonist, and put him up against four burly Call of Duty gamers in a live action sequence. This is definitely a fair fight.

Who will win? See for yourself (thanks Game Informer):

The video is well worth a watch, even if just to see Master Chief doing an obligatory teabagging to a downed opponent, or to see unruly elderly visitors play out as a mob of zombies straight out of Call of Duty. Also, destruction… gratuitous amounts of it because REASONS! That poor house never stood a chance.

What do you reckon? Was it a fair fight? Did you expect that plot twist at the end? Don’t lie, I don’t think anybody could’ve seen that coming!