African Cyber Gaming League (ACGL) have been busy of late. They recently announced their second Afresports event and also launched their trendy esports app. If you thought they were done, you’d be in for a bit of a surprise. They’ve just announced The Injustice 2 Legendary Series (on PlayStation 4), in partnership with GameFinity.

The prize pool breakdown for the event are as follows:

Qualifier dates are as follows:

Registrations for the first qualifier are live right now, so head over to ACGL to sign up. 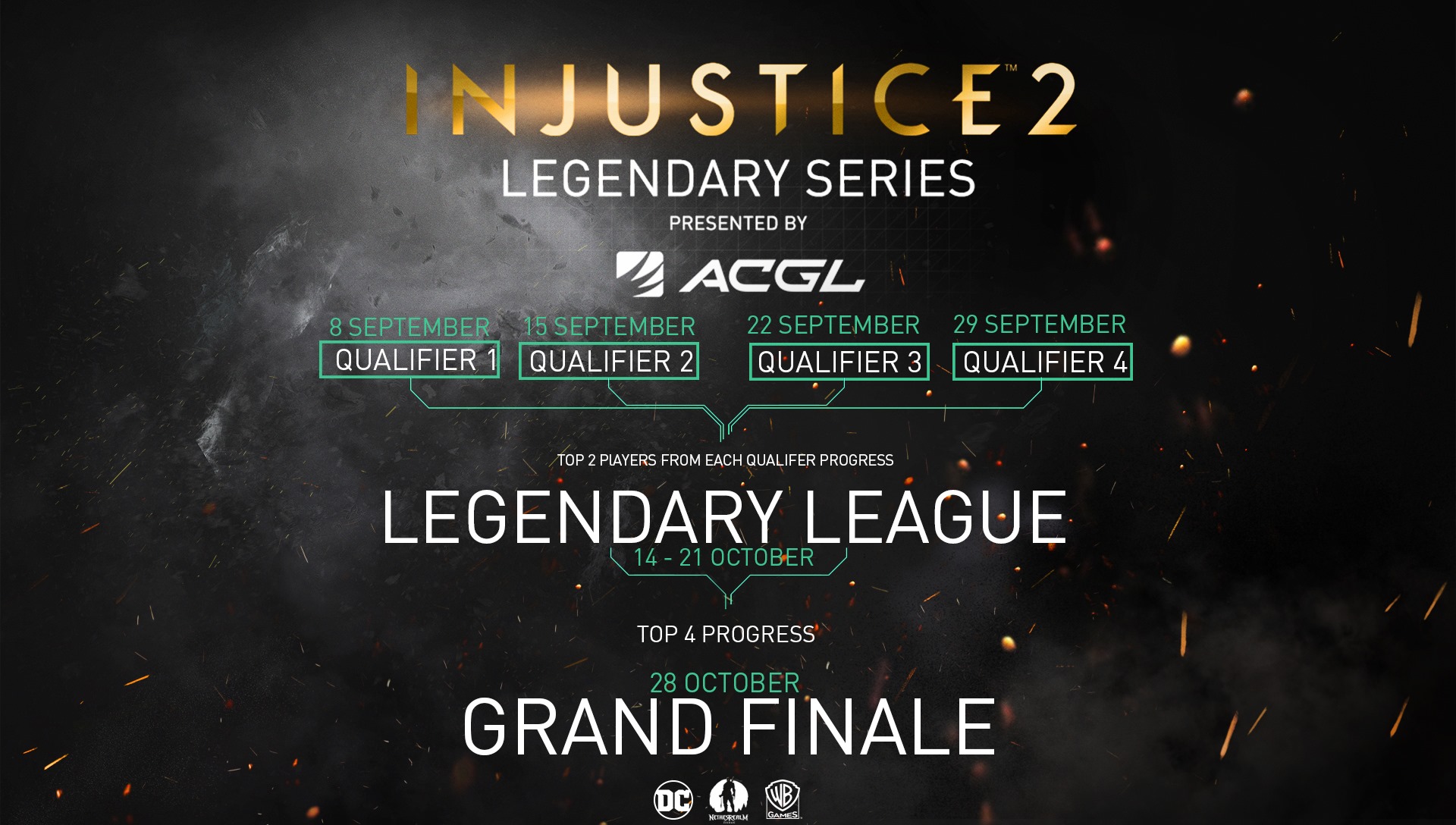 The Injustice 2 Legendary Series will host four online qualifiers, wherein each qualifier the participants will be competing for an R1,000 prize pool. Not only will there be cash up for grabs, the top two players in each of the respective qualifiers will earn their place in the Legendary League where an additional R8,500 in cash prizes up for grabs. Should a player place in the Top 2 in one of the qualifiers they will not be allowed to play in the remaining qualifiers.

Grand Finale: The Top 4 Players from the Legendary League will take to the Grand Finale on the 28th of October to compete for the R8,000 prize pool.