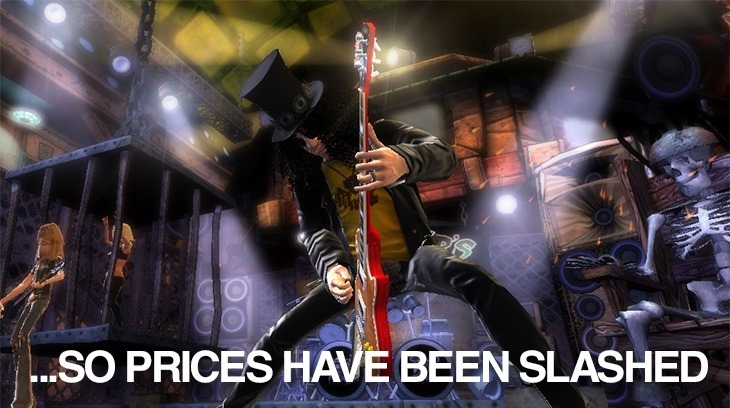 The era of the faux plastic instruments that littered your living is over, as music games like Rock Band and Guitar Hero are relegated to history. Also going the way of the dodo is DLC for Guitar Hero, so if you still want to get rocking, you’d best hurry.

Activision has confirmed that at the end of this month, DLC for its Guitar Hero, Band Hero and DJ hero games will no longer be available for download.

“We want to thank all of you for supporting Guitar Hero over the last nine years. To celebrate this great community, selected songs and tracks will be available for as much as a 50% discount on Xbox 360, PlayStation 3, and Wii from now until the end of the month.”

Blame for this shouldn’t go towards Activision, but rather to music companies, which licence their music for limited periods. Still, it does highlight how fickle this DLC business is. While you have access to all of your content right now, when the servers get shut off and you no longer have a copy, you’ll be out of luck.