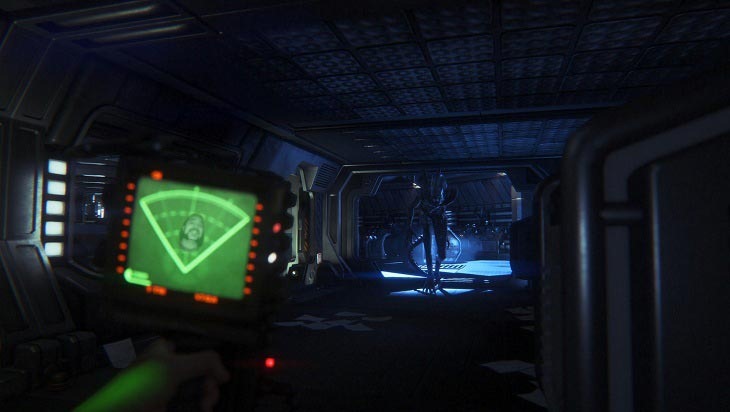 Come October, you’re going to feel a strange sensation in your chest, as your wallet decides to burst through and spray everyone around you with money in the build-up to the gaming festive season. An apt metaphor I reckon, because that’s when you’ll see Alien: Isolation released.

The first-person survival horror game in which players are hunted by a beast that is blood-thirstier than parliament and has a stranger shaped head than our dear president, is currently being developed by Creative Assembly under the eye of Sega. “We couldn’t be happier to finally announce a date for Alien: Isolation,” said Alistair Hope, Creative Lead at Creative Assembly in a press release via AGB.

The reaction we have seen so far has been simply incredible, from the screams and shrieks to the cold sweats and racing hearts. It’s the Alien game that we’ve always wanted to play and we can’t wait to let everyone get their hands on it this fall.

Alien: Isolation will be chest-bursting from October 7 2014 on Xbox One, PlayStation 4, Xbox 360, PlayStation 3 and Windows PC. It’s a fresh start for the franchise, after the disastrous reception of Aliens: Colonial Marines.

Less guns, more scares, the game places you in the boots of Amanda Ripley as she has to find a way to survive being stuck on a spaceship with the iconic phallic symbol known as the Xenomorph. Or the titular Alien, for short. It looks proper scary, and like a big budget version of Outlast and various other creepy horror games that have popped up recently.

Only with more double-mouth action.