Home Gaming Another two screens for The Division

I’m psyched for The Division. I like the idea of a third-person vaguely MMO game. Plus the story behind it seems really cool. I’m just getting tired of the marketing approach they’re taking – one or two screens at a time? Really? Don’t we deserve a gallery, or maybe a trailer?

First up, we get this pretty concept art of a barricaded/fortified hospital: 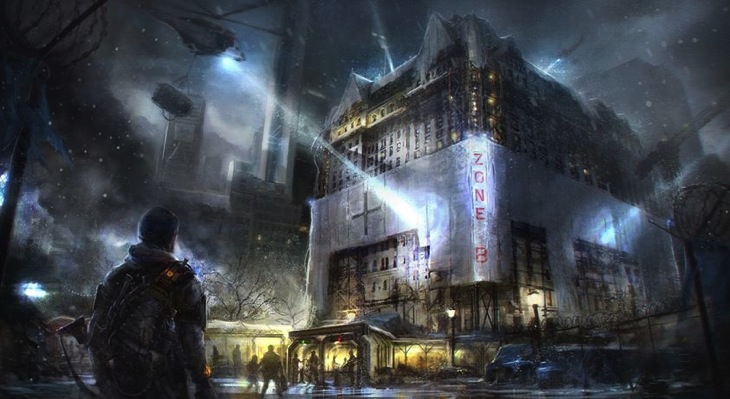 Hmm, considering the game centers around an illness, a hospital seems fitting somehow. Also, as we’ve learned from previous games, the easiest thing to barricade is a hospital – can separate floors, plus there are plenty of supplies. I’m sure during the apocalypse, even hospital food is worthwhile.

Next up is a picture of an ambush, I think. At least, judging by the twitter comment, we can assume an ambush is imminent:

In case of an ambush, who would be the last man standing in your team? Mention your friends and see if they agree! pic.twitter.com/bPw9yBHCJH

The game is looking cool, but I’m honestly getting tired of these odd screenshots. I want a new trailer or gameplay footage. I don’t even mind if it’s just companion app footage – just something to show me what I can look forward to. Anyone can draw up a pretty, winter apocalypse New York City picture – I want to see something that shows off the actual game.

Do these images keep you aboard the hype train, or are you itching for something more? Is The Division your type of game, or are you more psyched for Destiny, or already playing Titanfall?