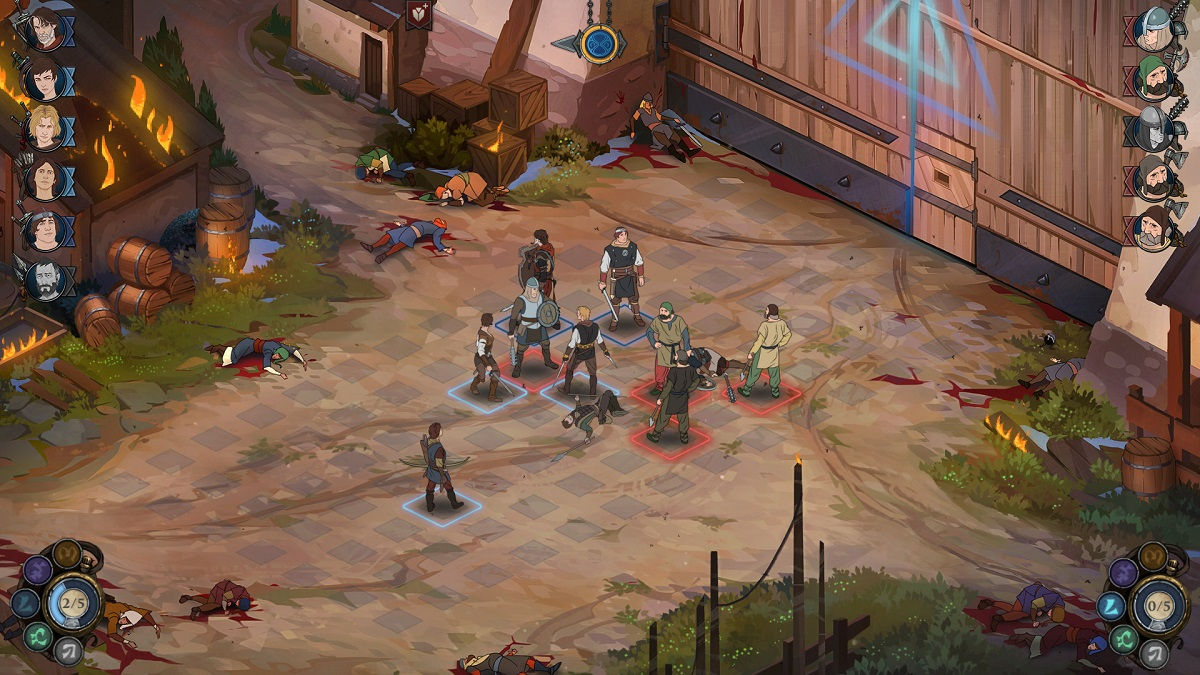 How many games need to be similar in terms of theme, visuals, and gameplay, before we can call it a genre? Because with Ash of Gods and Banner Saga, we now have two franchises in the nascent “Strategy RPG with permadeath and beautiful, nearly hand-animated, visuals”. I call it SRPGwPaBNHAV for short, keep using the term and it will catch on. Anyway, I only became aware of Ash of Gods recently, and it looks quite promising.

Ash of Gods is in development at AurumDust, a Russian developer, and was successfully Kickstarterd in 2017. The game is set in a fantasy world called Terminus, and throws your characters into a cataclysmic event called The Great Reaping. This is led by the Reapers, who seek to sacrifice countless lives to reawaken the gods. The story will follow three principle characters as they try to survive and rally against the Reapers.

Combat is card-based and aims to emphasise strategy and resource management. The game’s website and Steam page  don’t go into detail about deckbuilding, but the developers promise that nothing in the battles will depend on dice rolls. Their vision is to reduce randomness by making player choice and skill the highest priority. Permadeath is also a cornerstone of the game’s design, and even the death of a main character won’t signal the end of the story. Between battles, gameplay looks to feature some kind of roadtrip across the land, and the player will have to make decisions with potentially dire circumstances.

The above trailer is the recently released story trailer. In case you can’t watch it, it sets the scene for the game and also shows off the mind-meltingly gorgeous rotoscoped art style. Ash of Gods is launching at some point in March 2018, for Linux, Mac, PC, PS4, Switch, and Xbox One. There’s a listing on Steam too, in case you want to wishlist it like I just did.