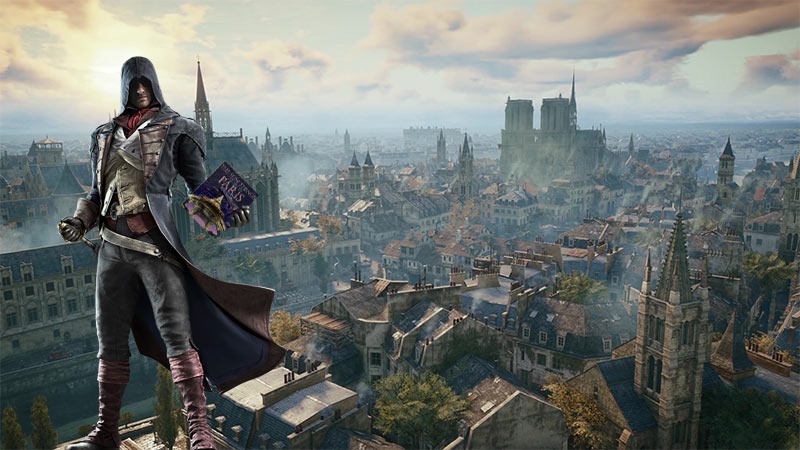 It’s always been a problem with the series; giving you such beautifully designed locales and cities – and not giving players and really good reason to go exploring in them. Black Flag, with its hidden maps and nonsense started changing that, and its a change that continues in Unity.

In a new devblog, Assassin’s Creed Unity writer Russell Lees said that the world would be littered with side quests and activities that would have a historical context.

“Normally in open world games, you have standard, open world activities. But we realized that we had Paris, France, and there was tons of historical content there that we wanted to take advantage of.” said Russell. “As a result, every single one of the side content activities has a historical tie, either to some interesting person or event that took place during the period.”

The game will feature stories and missions which are given by people within the city, that will lead stealthy-stabber Arno, outside of the game’s narrative – with some of them even chaining together to form a mini narrative.

“Although you can stumble upon some of the mission-givers around the city, you can also read the newspapers that are scattered around the city for clues. If you read an article of interest in the newspaper, you might suddenly see a new icon appear on the map, which you can then go and investigate. So it pays to really explore the open world.”

As a nerd with a fondness for history, I’ve always loved Assassin’s Creed for its digital historical tourism, but it seems that Unity’s taking it a step or two further.