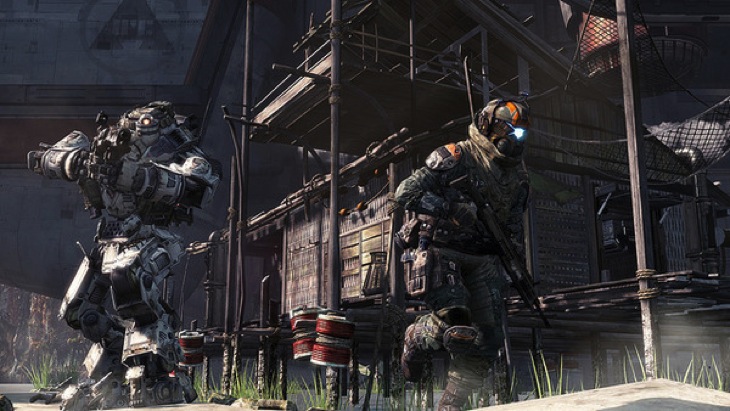 We are almost ready for Titanfall. Sure, South Africa isn’t officially getting it, but that doesn’t mean much thanks to the fact that digital downloads are still available. But prepare your PC for the 49GB install – why so big? It’s so you can hear all the pew pew sounds.

For those who wish to play Titanfall, yes, you can go to our friends at EVO Points and get a code for download. These aren’t region locked, so you don’t have to pretend to be American – you can’t do the accent anyway. However, you’d better prepare a Titan-sized space on your hard drive for the install, coming in at 49GB. The Xbox One version, by comparison, is only 17GB. So, why the big difference? According to Respawn lead engineer, Richard Baker, it’s part of making sure the game works on older, slower or less capable machines.

We have audio we either download or install from the disc, then we uncompress it. We probably could have had audio decompress off disc but we were a little worried about min spec and the fact that a two-core machine would dedicate a huge chunk of one core to just decompressing audio.

That’s right, you’re installing 35GB of uncompressed audio to make sure that the CPU isn’t dealing with decoding audio. It makes sense, and I’m sure people like Darryn appreciate that even low spec machines can run Titanfall just fine. Clever move, Respawn. Now, if only there was a way to work around our internet infrastructure.