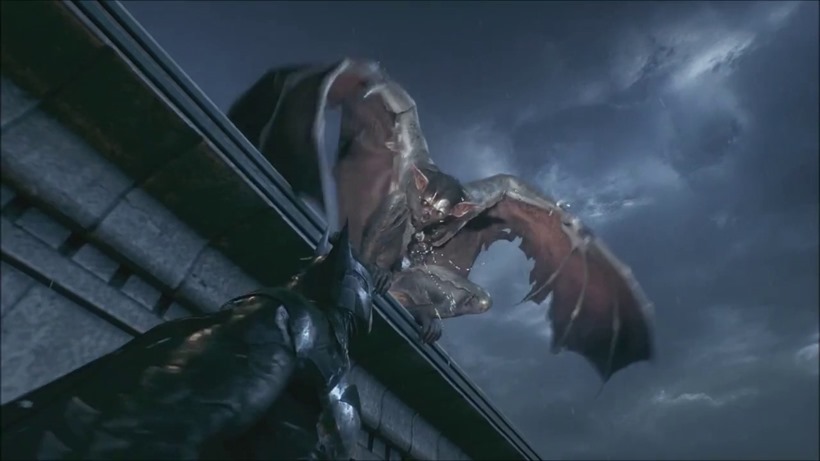 Batman games, much like the damaged individual that they star, are no strangers to keeping secrets. Batman Arkham Asylum had a fair share of them, Batman Arkham City had special timed mysteries involving the Calendar Man and Batman Arkham Knight is keeping that tradition alive.

So how do you crack this Easter egg? Quite simple really. Just cheat your internal console clock a bit, and you can relive one of the best jump scares in the game.

It’s not a massive Easter egg, not like the hidden plans for Arkham City in Arkham Asylum that took years to find, but it’s something! First, you’ll need to have completed the Creature Of The Night mission, and have Kirk Langstrom in custody. Go visit the former Man-Bat, listen to his sob story and then exit.

Set your console clock to October 31, and start grapnel-hooking your way around Gotham City. You’ll soon kak your bat-pants when Man-Bat hits you in the face with a Bjork solo, before it buggers off again. Return to the GCPD lock-up to find out why a mere glass tube couldn’t hold a gigantic flying rat-man prisoner.

I mean seriously, what was this cell made of? Plastic? Actually no wait, if it’s the plastic package used to keep electronics safe, that would have been preferable. That stuff is like cheap Vibranium.

There’s most likely some more Easter eggs, hidden away in Gotham City. And with Arkham Knight being the final Batman game from Rocksteady, I’d bet a few bucks that there’s one doozy of a mystery waiting to be cracked.