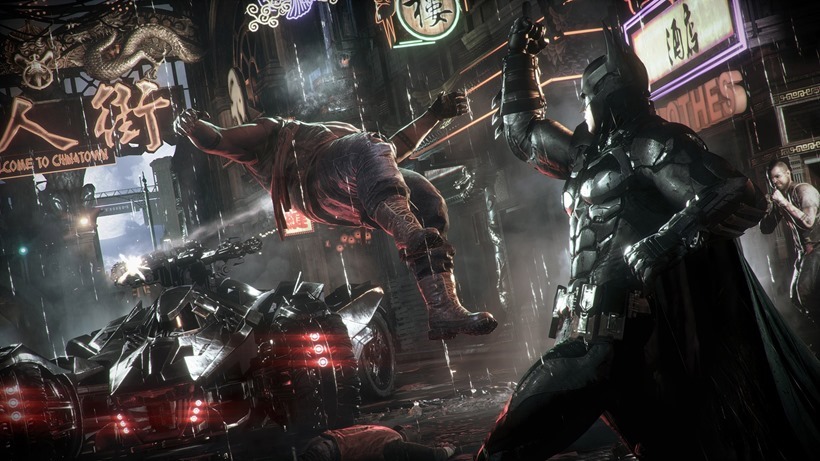 Batman: Arkham Knight launched on June 23rd on PS4, Xbox One and PC. Only the former two were actually really playable at launch, with the PC version of the caped crusader’s final night of fun being a buggy, broken and sometimes unplayable romp. It’s stayed that way for weeks now, with Warner Bros. and Rocksteady alike promising hard work on a patch to fix the title.

It’s now near the end of August, and we’re just getting word on what to expect with the first, (note, first) interim patch for the Arkham Knight – which will only be ready in the next few weeks anyway (don’t you love waiting?).

This patch is at the very least set to fix some of the biggest issues with the PC port, which not only looked worse than the console versions at launch but ran even worse. The first interim patch is set to introduce some of the missing visual features, as well as optimisation tools, VRAM usage sliders and a lot more that really should’ve been there from the beginning.

That’s a rather healthy dose of fixes for just the first of a suspected many patches, which makes me assume that the following ones will be all about optimisation. There’s still no actual date set for this patch, but it’s lining up nicely to old rumours suggesting that the game would only really be fixed in September. Perhaps the Arkham Knight will actually be up for sale afterwards again too.

But I think it’s going to be a while until PC gamers forgot about the utter mess that Warner Bros. turned Arkham Knight into on their platform, and rightly so. I was personally burned by it, and it’s made me hesitant about another other ports on the way from the publisher. We can only hope that Mad Max doesn’t suffer the same fate in the next few weeks.