Sure, GTA V on PC may have been delayed. Again. Again. But at least some games are ready to ship! And one of those games happens to be Visceral and EA’s upcoming Battlefield: Hardline, which is ready to hit shelves soon.

#BFHardline is officially Gold on all platforms & all regions! RT if you’ll be joining us on the streets on Mar 17 pic.twitter.com/HmZsKrGgQA

And that’s great! A game that is on track to be delivered, is always good news if you’re a fan. It’s just a pity that the term “going gold” means so little these days. I have a little bit more faith in Visceral to deliver a complete product, as their Dead Space games were a trilogy of releases that had no major issues on launch, but it has become all too common for developers to unleash broken games these days and call them complete.

Hell, just look at Halo: The Master Chief Collection. It’s been months since that game was released, and what was supposed to be a nostalgic dive back into the glory days of that franchise, is instead a mess of multiplayer options that rarely work as intended. Dead Or Alive 5: Last Round is a complete clusterf**k of glitches and bad design, Dying Light launched with a 2gb day one update and the less said about the launch woes of Assassin’s Creed Unity, the better.

I’m confident that Visceral has managed to make something that runs smoothly in the single-player department of Battlefield: Hardline, I trust their pedigree that much. But it’s the multiplayer side of the game that is going to be scrutinised, especially after Battlefield 4’s online blunders. 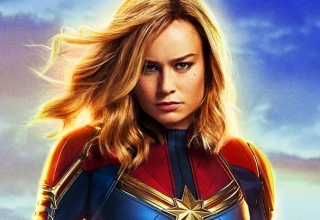