Home Gaming Battletoads are back! 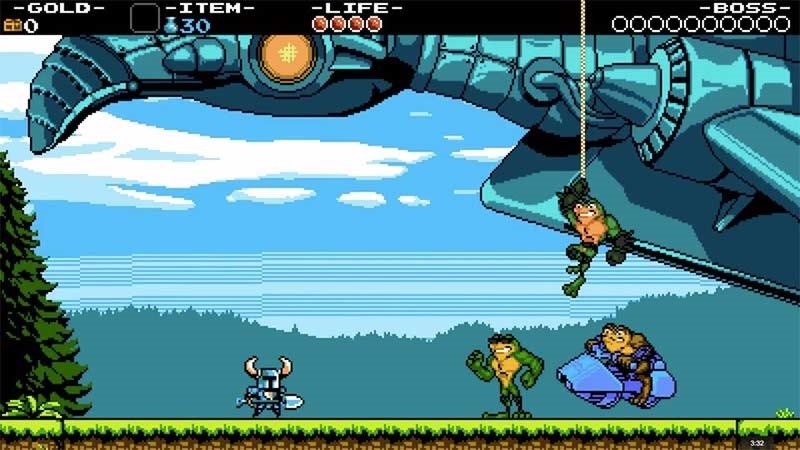 Wait up! Before you get excited – they’re not back in their own game…yet. This year is the 30th anniversary of Rare’s much-loved trio of amphibian arse-kickers, and it’s high time they were in a videogame again. They will be – but it won’t be their own.

Instead, they’ll have a cameo in the Xbox One version of Yacht Games’ Shovel Knight. Because the lot of you are Nintendo-hating heathens, you’ve likely not played Shovel Knight, which has become a favourite on the Wii U and 3DS. It’s an old-school action platformer, much like the ones you played as a kid. It’s been given a few modern sensibilities – and it’s rather stonking good. Freed from its Nintendo and PC shackles, it’s coming to just about every other platforms – including the Xbox One. And when it does it’ll bring Rash, Zitz, and Pimple in tow.

“We’re incredibly excited to reveal that Shovel Knight will be coming to Xbox One in April!”  says Yacht Games. “So many players have been knocking down our door, asking for us to bring the game to Xbox One… we’re so happy to be working with Microsoft to give everyone a chance to play Shovel Knight!”

“But we’re collaborating with more than just Microsoft! We’ve had the Rare privilege of working with one of the most celebrated studios in gaming. Take a look at the incredible collaboration with Microsoft to ensure the Xbox One version packs a lot of extra punch: 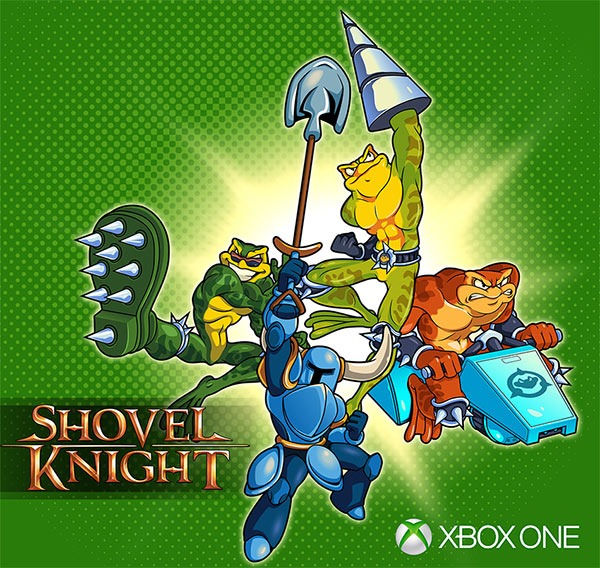 That’s right! The Battletoads, who debuted on the NES in 1991, are going to be returning in the Xbox One version of Shovel Knight! It has been so much fun to bring the radical attitude and gameplay of the NES classic to the Shovel Knight world. If you have ever played Battletoads– we’re pretty sure their extreme adventures left an impression!”