Home Gaming Become the thing that bumps back in the night with the launch trailer for Destiny 2: Shadowkeep 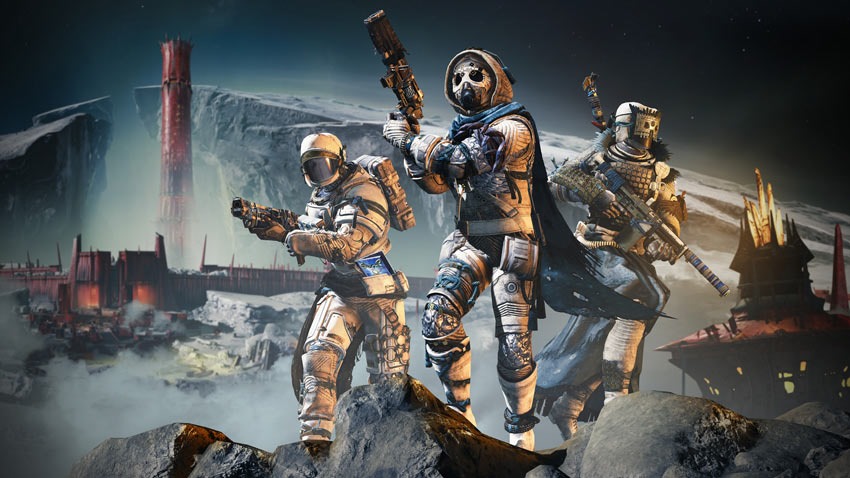 One more week! A mere seven days give or take, until Earth’s mightiest Guardians look up at the heavens, reflect on the past year and silently curse under their breath as yet another planet-shattering threat enters the solar system and tasks the Vanguard gang with organising a new defence. AGAIN. At this point, I think the Drifter has the right idea and it might be time to flex a little Guardian immortality, pack up and go find a planet which is less of a hellhole populated with smelly machine-worshiping aliens that have a hate-on for our species.

Shadowkeep is the name of the expansion, and in it you’ll be Pink Floyding your way back to the dark side of everybody’s favourite celestial satellite. The Hive are up to their tricks again, the dead walk the lunar surface once again and a buttload of new changes are on the way as Destiny 2 doubles down on its RPG experience more than ever before. Here’s a trailer for the October 1 launch, to get you in the mood for descending into a pit of unspeakable horror that defies human logic and wants to rip your soul apart with arcane rituals. A standard Wednesday at Critical Hit, is what we call it:

Looking good! New enemies, new ways to play and plenty of new loot to plunder. In addition to the usual Exotic weapons and gear that drive players and their lust for treasure forward into hazardous new arenas, there’s also a new Sparrow to ride, a new tank to drive and a whole bunch more. New Crucible maps are also on the horizon, new players can join veterans for unexplored Strikes and the future looks bright for Bungie and their cosmic sandbox.

It’s also going to be a great time for anyone who has been curious as to just how Destiny 2 runs, thanks to a large swathe of the game going free to play when Shadowkeep launches, so it’s safe to say that the year ahead is going to be busy. Eyes up, Guardians.