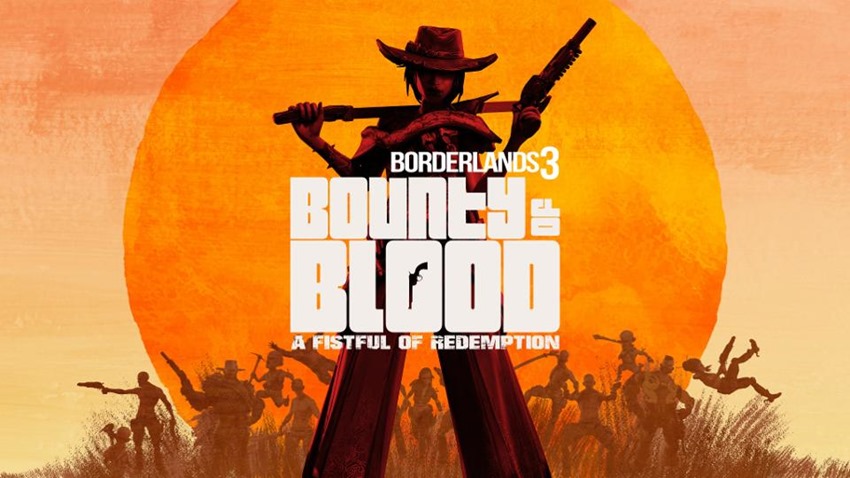 At its core, Borderlands has always been a western. A lone stranger wanders into a crappy town, faces a horde of absolute bastards and then proceeds to have a high noon showdown against an extra-dimensional entity which has the power to rip planets out of orbit all so that some sweet loot can be recovered. Typical western stuff.

Borderlands 3’s upcoming Bounty of Blood might just be the most on the nose adaptation of this genre, as the latest DLC in Gearbox’s saga of vault hunters and handsome jackasses goes to the frontier of the desert planet of Gehenna. It’s sort of like Pandora, but with a major difference: Bandits on dinosaurs.

Yes you read that right. Bandits. Riding dinosaurs. So what’s your favourite vault hunter tasked with doing in this expansion? A tango dela muerte with the deadliest dino-rider gang on Gehenna, the Devil Riders. They’ve been up to mischief, and the planet wants you to solve their bandit problem by way of the usual high velocity lead injection. Here’s a chunky look at Bounty of Blood, fresh from 2K Games:

I’m liking what I’m seeing! My favourite addition may just be the new hoverbike, which comes equipped with gatling gun cannons. You’ll be able to put together your own custom JetBeast hoverbike within Bounty of Blood, to really drive home the western feel as you hunt down bandits. Gearbox says that your actions will even have an impact on the town of Vestige around you, as you restore it back to prime condition and complete crew challenges.

My only problem is that I don’t know which vault hunter to use first. I’ve got max level Moze and Zane save-games to choose from, each character having their own particular flavour of action that I freakin’ adore. Time to flip a coin! Bounty of Blood will be out on June 25, and is the third slice of episodic content from a pretty decent series of post-launch content for Borderlands 3 so far.