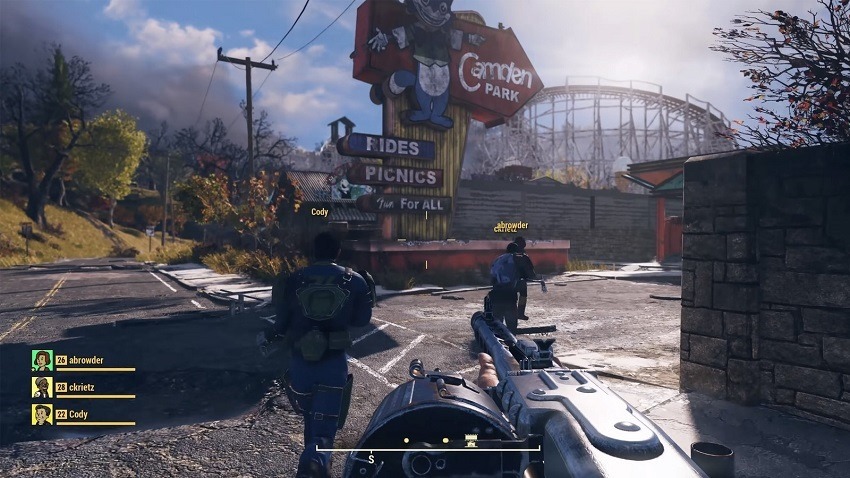 Fallout 76 is a bad game. There’s really no other way around that right now. Its benign world is devoid of all the interesting characters and morally challenges choices from past games, replaced with monotonous missions and boring ancillary characters. It’s also a game with a host of technical issues, some of which are just super versions of typical Bethesda oddities and others that are more ingrained in the overall design of the game. Those are two aspects that Bethesda is addressing with weekly patches, which should start rolling out soon.

Bethesda has acknowledged the issues players are having with the game, ranging from terrible performance to poor design choices around camp placements, voice chat and more. Weekly patches are being developed to address these issues in a rolling fashion, starting with an increase to your stash size (how was this so limited from the get-go?) and a range of performance enhancements. Other patches will introduce push-to-talk for voice chat, the ability to not enter a server if your camp will be shelved due to another player occupying that space, and some new abilities to better clear the area you want to build around.

Check out the full details below.

December 4, 2018 – Next week’s update will bring an increase to the Stash limit, as well as a variety of performance and stability improvements, balance changes, and multiple bug fixes to the game. We’ll have full patch notes available later this week ahead of Tuesday’s update. Some notable issues being addressed in this update include:

December 11, 2018 – The next update after December 4 is currently planned for the following week. Like previous patches, it will include a variety of bug fixes, but we’re also planning to bring some more notable changes and features to the game. You can catch a preview of these improvements below, and a full list of changes will be included in the December 11 patch notes.

These are good changes for the players who are actually enamoured with Fallout 76 despite its shortcomings, which is a good approach by Bethesda following the poorly received launch. Before trying to radically change the game to attract new players, Bethesda needs to slowly reduce players leaving. These new mechanics reduce some of the more frustrating design choices in the game but can’t address many of its poor quests and entirely pointless story. Perhaps that will become a focus eventually.