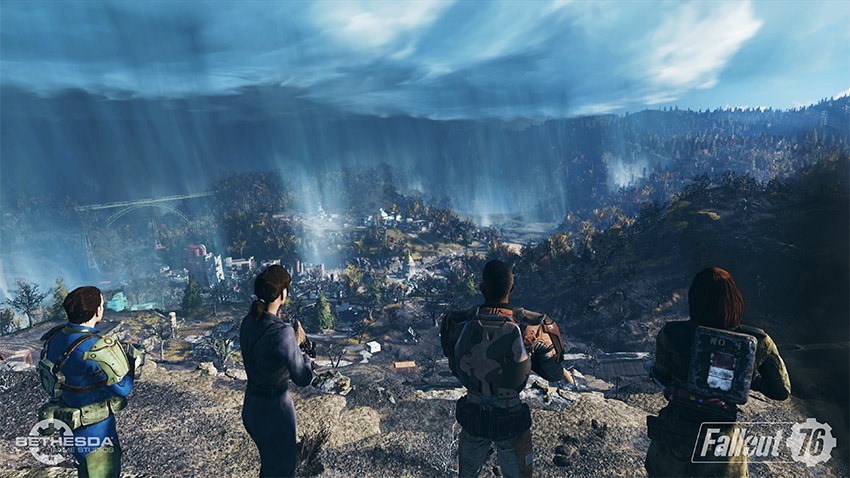 Fallout 76 is coming soon, and it makes some big changes to the series. The most notable of course, is that the series – which has traditionally been a solitary RPG – is going online. Fallout 76 will require an internet connection to play, and every character you encounter on your questing is another human being. It’s a significant change, and one that’ll take a fair bit of getting used to. It’s not just odd, it’s also risky. What if Fallout fans aren’t enamoured with the change? Speaking to Gamespot, Bethesda’s Marketing VP Pete Hines said that making the shift was “really scary.”

“We knew going in, this is not just gonna be Fallout 4 with multiplayer,” Hines said. “It’s inherently going to have to look and feel different in order to be the type of experience that works with many different players together. We’re not doing an MMO, not just doing a last-man-standing game–it’s still an RPG. It has elements of those kinds of things, but yeah, there’s inherent things that are different–but there’s also a lot of things that look and feel very familiar.

“For instance, the tone, the vibe, look, and feel of the world can go a long way to give you a sense of familiarity to sort of wrap your head around things. It’s still a Fallout world, even though these things are different. But yeah, this is a really scary and different thing to be a part of. We are fully aware of that. We are making changes and making a different kind of game, but it’s one that we are excited to try and see what it can turn into.”

The game was born out of the cancelled ideas for Fallout 4’s multiplayer – but it’s evolved to being a shared world RPG.

“We have done some things differently, like there’s no NPCs in the game and you’re not having dialogue with a lot of different characters. But instead of that, you’re doing a lot more world exploration and emergent gameplay, finding notes and hollow-tapes from people who were in the world who have disappeared, and trying to figure out what was going on before and what they were like. But deep down, it’s still the same basic idea of a shared Fallout experience and how that works with others thrown in the mix.”

I’m both intrigued by, and worried about Fallout 76. I adore Bethesda’s post-apocalyptic world-building, but their storytelling wasn’t quite on form with Fallout 4. Not having NPC’s to talk to, and relying on emergent storytelling could go either way. I also sincerely hope that the game is still good without others. Obviously it’s at its best when you play with other people, some sometimes wandering the wasteland alone is the perfect way to while away the hours.