Home Gaming BioWare acknowledges desire for more traditional RPGs, and is working on something secret 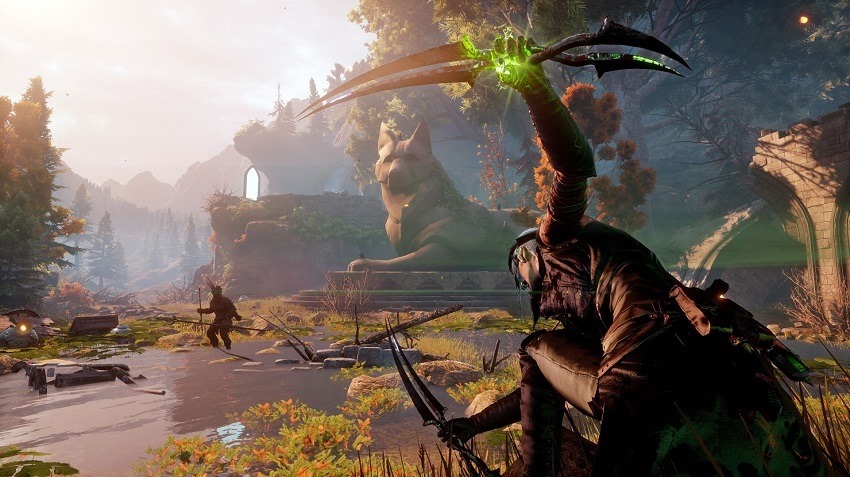 BioWare is full of some of the best, most talented developers in the world. They’re the studio responsible for putting out role-playing wonders like the original Mass Effect trilogy, Dragon Age and Knights of the Old Republic. But the BioWare today is a very different beast. The company is now all hands on deck finishing up their shared-world shooter Anthem, and still coming off of a Mass Effect sequel that was critically mixed and commercially disappointing. Fans of the studio’s lineage have wondered what that might mean for their future, but studio general manager Casey Hudson is making it clear that they still love RPGs.

In a new blog post, Hudson details some of the progress being made on Anthem and when players can expect to see a little more of their early 2019 game (it’s happening at PAX West, if you’re interested). But that wasn’t really the crux of the post at all. Instead, that came a little closer to the bottom, where Hudson made mention of names like The Old Republic, Dragon Age and Mass Effect. Hudson says that the cries for more content for each franchise have reached the ears of BioWare, and that there are currently teams working on projects within these universes.

Our Star Wars: The Old Republic team is hard at work on some amazing plans for the coming year, with new features and surprises that I think makes it the game’s most exciting year yet,” wrote Hudson. “And yes–we hear loud and clear the interest in BioWare doing more Dragon Age and Mass Effect, so rest assured that we have some teams hidden away working on some secret stuff that I think you’ll really like–we’re just not ready to talk about any of it for a little while…”

That’s predictable because BioWare wants the focus squarely on Anthem for now, and not the word of a new Dragon Age, for example, to start drowning it out. Dragon Age: Inquisition launched all the way back in 2014, and it was pretty great. It received two pieces of DLC in 2015, but hasn’t had much activity since. The Old Republic is still going strong, but it too hasn’t seen a content update since its last expansion in 2016. And following Mass Effect Andromeda’s critical failure, all DLC for the title was shelved weeks after it launched. BioWare certainly doesn’t want to be talking about that for a while.

But there is solace in knowing that the studio has plans beyond just supporting Anthem. That could, of course, shift either way given the response the game gets in February next year, and could very well decide the trajectory of BioWare’s future. It’s just good to know that some beloved franchises are at least still being thought of as potential products, and not figments of the studio’s past just yet.