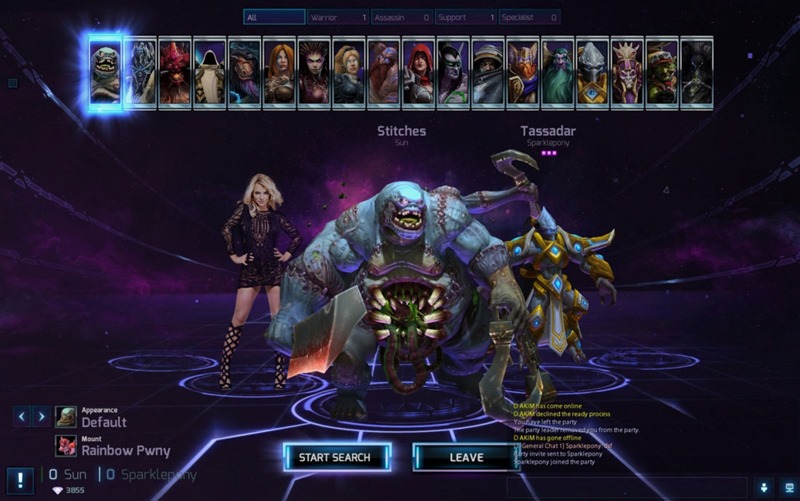 Blizzard’s MOBA game Hero Of The Storm may not be out of the beta woods yet, but its still managed to find itself quite a following. It’s become damn popular according to the Russians who besiege our site with script bots whenever we post beta access codes, growing massively in audience participation. The thing is, with more people playing the game, the higher the chance of the community becoming more toxic, a problem that is prevalent in this genre. But Blizzard has a plan to deal with that.

That solution? Simply limiting the amount of communication between players, although doing so was a challenge in and of itself according to Heroes of the Storm senior producer Kaéo Milker, as he explained to Red Bull:

Early on, we made the decision to remove cross-team chat in Heroes of the Storm in order to eliminate one side of the equation, preventing enemy teams from being toxic to each other. That was a decent start, but we all know that your own team-mates are often the most toxic offenders in these games, so we’ve considered a lot of options for combatting things on that end. Along the way, we had to come to terms with the reality that the kind of player who wants to be toxic to their team-mates is going to do so unless we limit their communications options, incentivise them to eliminate toxicity from their behaviour, or make the consequences for their actions severe enough that they either stop being toxic or simply find a different game to be toxic in.

In order to balance this approach however, HotS had to do plenty of testing, as Milker explained:

Our first leaning was to disable team chat between players that aren’t partied by default, but we weren’t thrilled about introducing something to combat toxicity that would simultaneously eliminate players’ abilities to make friends and find like-minded team-mates in our game. Instead, we’re going to introduce a Mute All button in an upcoming patch to allow players a quick, easy way to opt out of allied chat at the beginning of the game. This setting will be saved game-to-game and can be easily changed on the fly should you change your mind on your preferred setting, and like everything in our game we’re going to test it out and determine our next course of action based on our experiences with it and player feedback.

Much like DOTA and League of Legends, HotS will also have penalties for trolls. But from the sound of things, it looks like Blizzard wants to segregate these trolls from the community:

As far as incentivising good behaviour, we’ve seen some really cool honour-based systems across different kinds of games that encourage players to be good to each other while rewarding them for their positive actions. We’ll be introducing our own spin on these systems in a future update and hope to give positive players a pat on the back while dangling some carrots for those on the verge of being negative. On the punishment end of the spectrum, things on the table currently include auto-silencing toxic players from communicating with anyone that they aren’t friends with, as well as removing toxic players from the regular matchmaking queue and only placing them on teams made up of other toxic players.

In an ideal world, MOBA developers wouldn’t have to enforce “don’t be a dick” rules. Unfortunately, our world is far from ideal, and there’ll be trolls present in any kind of game. It is nice however, to see Blizzard taking steps to address the issue.