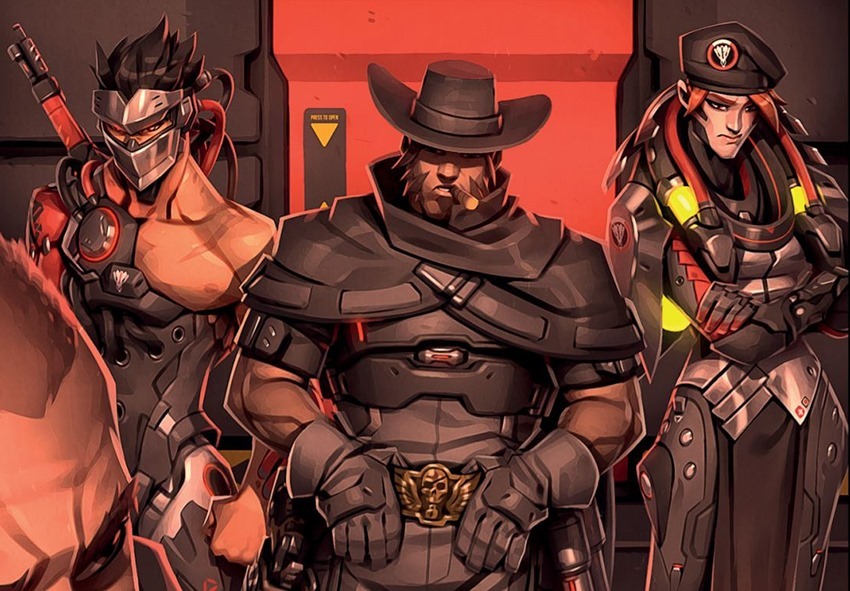 Later today, Overwatch fans will get some Retribution. The brand new PVE event kicks off this evening, marking the second chapter in the recently labelled annual Overwatch Archives event (the original chapter being last year’s Uprising), which looks to delve into significant events in the history of this popular video game universe. Retribution is set 8 years back in the timeline, and we get to play as Overwatch’s controversial then-still-operational covert ops unit, Blackwatch, as they capture and extract a high-ranking member of the Talon Organization in Venice, Italy. As is usually the case when a new event or character is introduced into the game, developers Blizzard also released a tie-in digital comic for Retribution, setting the scene for events and it was something in here that has been getting local fans all giddy.

In one early scene of the comic, Gabriel Reyes (still Blackwatch team leader here, before he would become Reaper and switch sides to Talon), Gerard Lacroix (Widow’s husband) and McCree are busy chatting when Gerard mentions a previous mission set in Cape Town during which he saved Gabriel’s life. McCree wants to know more, but Gabriel shuts the conversation down before any further details are revealed. And just like that, South African fans lost their minds. The official Overwatch forums had a good number of posts from local Overwatch players wanting to know whether or not we would ever see that mission. 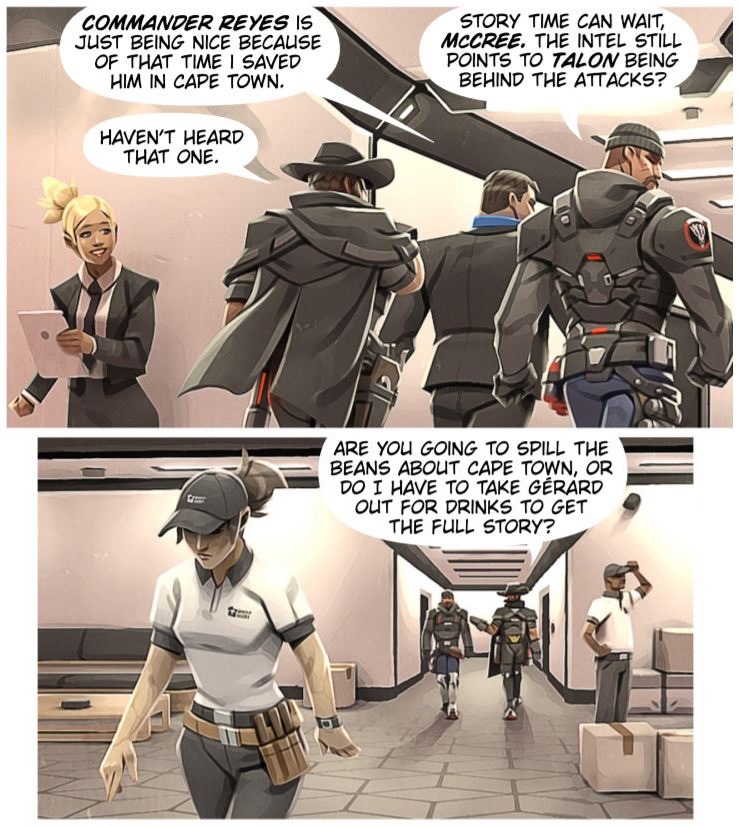 Luckily, we were in a position to get some answers as Critical Hit was part of a Q&A session with Overwatch game director Jeff Kaplan last week in anticipation of Retribution. While we’re still under embargo when it comes to revealing details surrounding the event itself, I was able to talk to Jeff about the Cape Town mention and the stir it caused on the local scene and asked him if we would ever see it in-game. While not confirming anything except to say they were “very excited to hear the response,” Jeff went on to explain that these types of story seeds are not planted haphazardly.

One of the things that we do frequently in our lore is we put out seeds of content that we would like to explore in the future. We mention things like, I’m not sure if people picked up on this, but when we released Moira, we mentioned something called the “Venice Incident” and the Venice Incident, it turns out, is actually Retribution. So I hope that’s a good example, and gives you some hope that at some point we would hope to explore what did happen in Cape Town. And maybe that is something we could make into either one of the pieces of fiction or gameplay that we explore at a future time. It would be very exciting for us. We would love to do that.

Of course, Cape Town is not the only African connection to Overwatch as several characters and locations are based in and around the fictional African country of Numbani. This, as Jeff explained, is part of their idea of exploring as much of the planet as possible to have it appeal to more cultures, as they did with the recent Thailand-set CTF map.

One of the things that really mean a lot to us is that [Overwatch] is this global game. And we like to think of planet Earth as one of the most exciting places that exists. And this is coming from a company that likes to make these awesome fantasy and sci-fi universes, but we find planet Earth endlessly compelling to us and we hope to explore all reaches of the planet. Obviously, Africa is very important to us. You’ve seen it in the content… from Numbani to Doomfist to Orisa, and we want to expand much more.

Alas, I didn’t have time for a follow-up on how, if they did show us this Cape Town mission, they needed to somehow work the eating of gatsbies into the whole affair. Because we all know that has to happen, right?