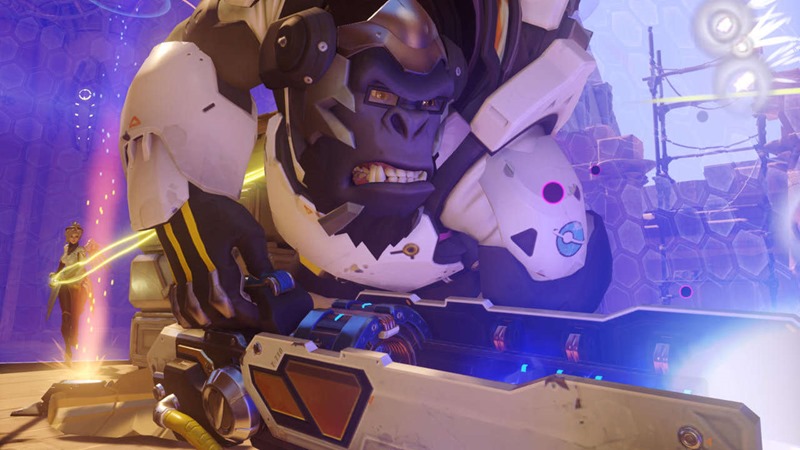 It’s very hard to keep a secret in today’s industry, but Blizzard has been doing just that for years. While everyone focused on the now cancelled MMO, Project Titian, Blizzard was working on something else. That something is Overwatch, a new competitive class-based shooter that was revealed this weekend at BlizzCon.

In traditional Blizzard style, it all started with an awesome cinematic. This time though it looked far more like a Pixar short than something from Blizzard HQ, and I’m not complaining one bit.

Anyone else feel like they could watch an entire movie of just that?

The game is going to be a 6v6 class-based online competitive shooter, a first for Blizzard. Although after seeing the game in action it does remind me a lot more of a MOBA than say, Team Fortress 2. All 12 characters have distinct roles, determined by their two special and one ultimate abilities.

Tracer, the British teleporting gunslinger in the trailer, has two pistols as primary weapons while her abilities let her bounce around the battlefield and even rewind to a previous position in time. That’s very different to say, Bastion, who is a defensive walking turret that can deploy at any given time. There’s a lot of tactical variety in Overwatch’s roster already, which means it still needs a ton of balancing.

That’s where we come in, with Blizzard opening sign-ups for the game’s beta sometime next year. Right now there’s no word on whether Overwatch will be free-to-play, or if it’ll eventually reach consoles. It’s looking beautiful but I’m not entirely sold on the uniqueness of the gameplay just yet. Maybe a bit of hands-on time could change that though.