There are some lucky people of Japan who have already been invited to the Bloodborne Alpha. Thankfully, they are generous with the tidbits of information they gleaned thus far, and now I can share them with you.

These are direct translations from Japanese, so the English version might change:

Okay, so essentially it means that you can still summon or make yourself available for summoning with the use of items. I like the idea of a bell – that resonance concept sounds appealing. There are also bloodstains and messages as we’re used to in former From Software games, just renamed and with new characteristics. However, I like that you can use special ammo to get rid of players you’ve summoned – in general co-op in Dark Souls is excellent and other players are really helpful, but at least you can get rid of those who irritate you if you need to.

Meanwhile, the controls also reveal some new information – you can change weapons on the fly and it will be a whole lot easier to gesture to your co-op companions:

Remember, this is just what’s available for the Alpha – there will presumably be a whole lot more coming when the game hits Beta and obviously for the final release. I thoroughly enjoy the unique approach to co-op and multiplayer in the Souls games – I’m glad that they’re sticking with it for Bloodborne. Do you disagree? Were you hoping for more changes, or do these details make you happy?

After months of silence, Elden Ring will be at the Taipei Game Show next month 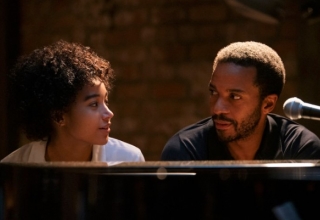 Welcome to The Eddy. A musical drama set in contemporary Paris revolving around a jazz club, its owner, the house band, and the dangerous city that surrounds them.