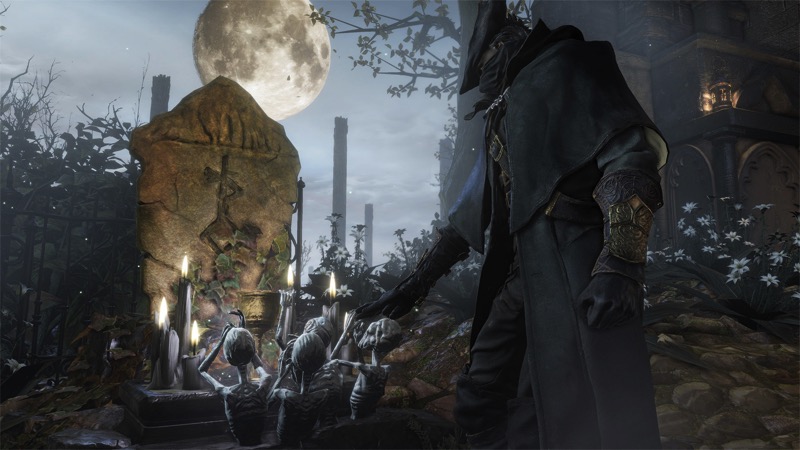 March is the month of Bloodborne. I love the mix of horror with the brutality that only From Software can bring. The game looks punishing and rewarding, with that perfect neo-Victorian aesthetic that always gets me hyped up. Edge got a whole bunch of hours with the game so that they could review it, but even that was enough for a review. But at least we got more info about the game.

Issue 278 of Edge magazine has a six-page preview of Bloodborne. Okay, preview isn’t quite the right word. They managed to play for 40 hours and write this piece. But it doesn’t have a number at the end of it and it doesn’t include reviews of several elements (including Insight which is still a totally unknown feature of the game). Scans of the full article are available here which is how I’m able to share with you some truly interesting tidbits.

First up, the hub system is back:

From Demon’s Souls comes a hived-off hub area called The Hunter’s Dream, where you level up; buy weapons, armor and consumable items; access item storage; and modify weaponry. From here, you can warp to any lantern checkpoint you’ve discovered out in the world, but Dark Souls II’s overfriendly abundance of bonfires is a thing of the past. Like Demon’s Souls, the reward for powering through an area is more likely to be a shortcut back to a lantern rather than a new one, and immeasurably more satisfying approach to level design, with some here rivalling Firelink Shrine’s number of access routes. Like Dark Souls, these deiscrete areas also flow together to create a believable world.

it’s nice to gain a greater understanding of the world as a whole in Bloodborne, and that it’s following more of a Demon’s Souls approach. Interestingly, unlike those other games that gave out a whole bunch of gear if you had the skills or currency early on, in the 40 hours of gameplay, Edge only found approximately six weapons and six guns. That’s really not a lot comparatively and means that players will probably become even more attached than usual to their gear of choice. That gear can be leveled up using Bloodgems to customize attributes to customize them according to your play style.

There is a whole lot of information in the review for those who need to know more. However, I need to see it to believe it. Luckily, the game is less than two weeks away.